Here’s a picture of Will… (and here’s his CV) 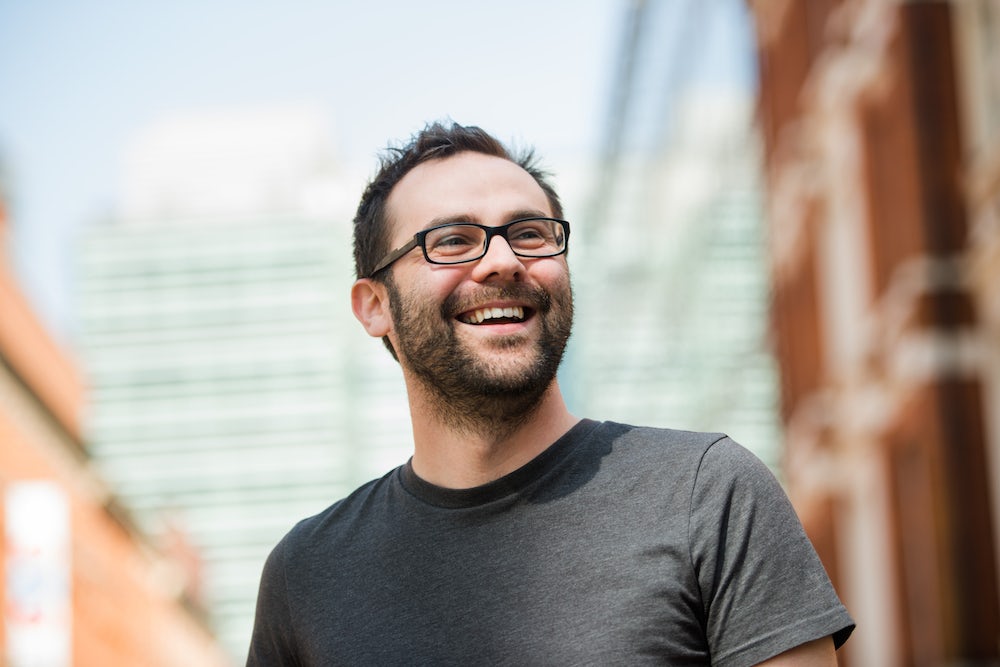 I wanted to find out how one becomes a user experience expert, so I asked Will some questions to get the story of how he came to be an authority on his subject.

At what point did you realise you were in UX or on a path to being a user-centred design guy?

“I did a computer science degree and one of the early modules was on HCI (‘human computer interaction’) – for me it was the first time someone else was talking about the kind of things I was interested in.

“I started building websites as a teenager in my bedroom at my parent’s house, looking back they were awful – but, I was obsessed with making them as easy to use as possible and I ended up avoiding a lot of the gimmicks of the time.

“Finally, in the HCI lectures, I discovered this whole world of usability, accessibility, user-centered design – disciplines within design where it mattered more how things worked than how they looked on the surface. I started specialising from then onward.”

If you could go back 20 years, what would you tell yourself about your career path?

“It’s probably a bit of advice that’s not specific to this career at all: you have just as much right to do this as anyone else. I struggle with ‘imposter syndrome’ – who doesn’t – it helps to remember that most people don’t really know why or how they ended up in their current career. There are no special talents to being a UX professional, you just need empathy for user’s needs and a bit of objectivity to step outside organisational context and think of the user. Everything else you can learn.”

What books/websites/people have taught you the most about your profession?

“I’m going to be predictable and cite the most obvious three; Donald Norman – The Design of Everyday Things, Jakob Nielsen’s ‘Alertbox’ series, and Steve Krug’s – Don’t make me think. Every UX person should have had a good read through these and internalised at least some of them.

To what extent can you ‘learn by doing’ in your profession? How do you skill up?

“I think UX is a profession where you really can ‘learn by doing’. There’s a natural learning process built into the methodology of design thinking: where you talk to users, test prototypes with them, and iterate from there. Just doing the good work of a UX professional will skill you up pretty quickly.

“It sounds obvious but: use lots of software. Use new iPhone apps, new Android apps, get on Product Hunt and Beta list, install the new OS and play with it, get the top app of the week installed – even if you’re not interested in what it does – but because you need to understand the ‘state of the art’ and new interface & experience techniques are tried every day.”

Is there a wrong way to becoming a UX specialist?

“Thinking it’s all about the aesthetics, starting from there and not learning the rest of the discipline.

“Yes, products have got to look good – but that’s a ‘hygiene factor’ now. It’s a given. UX is about planning, research, wireframes, journeys, and testing – and much much less about ‘how it looks’.”

“It’s always great to have a ‘hit’ and see lots of people people using and enjoying your products. I did a launch a couple of years ago and ended up on the front page of Hacker News (like reddit for nerds) all day – the numbers were huge and it was a giddy feeling watching the concurrent users in the 1,000s on Analytics. The product is still doing well today.

“It’s the same tiny hit of dopamine you get when you see someone’s liked your Instagram post, but scaled up by a million. It also fades pretty quickly too.

“And there was that time I was invited to meet the Queen – the UK government were keen on pushing our ‘tech city’ credentials and as part of co-founding Droplet (a long-gone payments app) I was invited to a fancy do at the palace. This was in a happier, pre-brexit time, but: I got a great photo of me and her maj for me mam.”

“My book of course! I spent a year extracting all the bits of UX knowledge I’d accumulated over the years into a book. It’s a short-cut for designers to solve UX problems in an opinionated, single-minded way. It’s called 101 UX Principles – A Definitive Design Guide and it’s on Amazon now.”

Read more about UX in Econsultancy’s User Experience and Interaction Design for Mobile and Web Best Practice Guide, written by Will Grant and Steffan Aquarone.