With so much competition from online aggregators, search engine results pages (SERPs) are a difficult terrain to conquer for companies that are ironically often featured on those very comparison sites.

However with a successful paid search campaign along with a strong focus on SEO techniques, it is still possible to rank highly on the SERPs.

Initially this was going to be a general test to see which insurance companies ranked in the SERPS, but after a few trials it seems there is only one non-comparison site managing to appear in both paid and organic listings.

As you can see, Aviva is running a successful PPC campaign, with an ad placed in between one from a comparison site and an ad for Google itself containing its own search field. Aviva also manages to be one of the only non-comparison sites ranking in the organic listings, apart from Tesco which you’ll also see a lot of in the non-paid listings.

Competition for paid space is fairly stiff, but obviously organic is even tougher. Aviva has done the right thing in seeing that it was only just scraping in to the top five results so therefore its used PPC to increase its visibility.

To make matters worse though, Google itself has began operating its own car insurance comparison site, pulling in information from a variety of insurers including Churchill, RAC and Swinton.

The ‘enter registration number’ box is placed right in the SERP between the ads and the organic results, and it’s an incredibly convenient proposition that I think few searchers wouldn’t at least give a cursory trial.

Aviva and other insurers will have to do something pretty special to take attention away from Google’s in-built quote retrieval tool.

Currently Aviva’s PPC ad offers a 30% discount online and it uses scarcity marketing well by saying it runs out by the end of Jan. However the claim that it expects 10% to get the maximum saving doesn’t quite match GoCompare or Google’s monetary based offerings of ‘save up to £234 today’ or ’51% of our users could save up to £220’ respectively.

Aviva could look at these rival ads and differentiate itself from them by using more customer service based messaging with a focus on more personal care.

More Than and Direct Line ensure that the paid listings here aren’t dominated by comparison sites. Although if you scan down the organic results you can see that Aviva is one of the only insurance companies featured (the other being Tesco once again). Scraping into the top five organic results once again, much like for the search term ‘car insurance’, so perhaps Aviva should be running a similar PPC campaign here too.

Aviva again successfully appears in the paid search listings here, with an ad that’s certainly a lot more appealing than its non-comparison rival.

It’s full of effective keywords like ‘affordable’ and ‘5 star’ also it makes a real attempt to differentiate itself from the competition with its emphasis on speed. Also featured in the organic listings is Legal & General, managing to rank higher than Compare the Market and Confused.com.

Aviva’s landing pages from the PPC ads for ‘car insurance’ and ‘life insurance’ are relevant to their ads, which is key for appearing successfully in the paid listings. The car insurance landing page features the 30% discount offer prominently with a countdown timer.

My only recommendation here is that within the sea of yellow the most important element on the page, the ‘Get a car quote’ CTA, is rather lost as it’s the same colour. A glance in Google AdWords reveals alternative search terms and how hotly prized they are. ‘Car insurance quote’ and any derivation of ‘compare’ are obviously considered high competition and their CPC is reflected in the bidding price. Even misspellings are going for a premium, check out ‘car insurence’.

There are 743 suggested key words here, and almost all of them are ‘high competition’. Obviously the insurance industry is incredibly competitive, much like all other financial sectors, especially in search marketing.

If you can use a strategic focus on SEO to your advantage, it is possible to make gains in the SERPs, but it’s a long game. Aviva manages to rank for ‘cheap car insurance’ but as discovered here, Aviva is one of the few non-comparison companies appearing in the organic SERPs. If you want to succeed you will have to not only take on every comparison site, but also Aviva and Tesco in order to have a chance of appearing in search. You’ll only be able to do this if you have a bug enough budget for PPC.

For more insight from the blog on the topics covered here, check out…

My Glasses Club is the first subscription based prescription glasses retailer. For a monthly fee, customers can choose two pairs of glasses each year backed by cover for damage and prescription changes.

I’ve been asking Scott Woodhead, the co-founder at My Glasses Club, about the business and its plans for future growth. 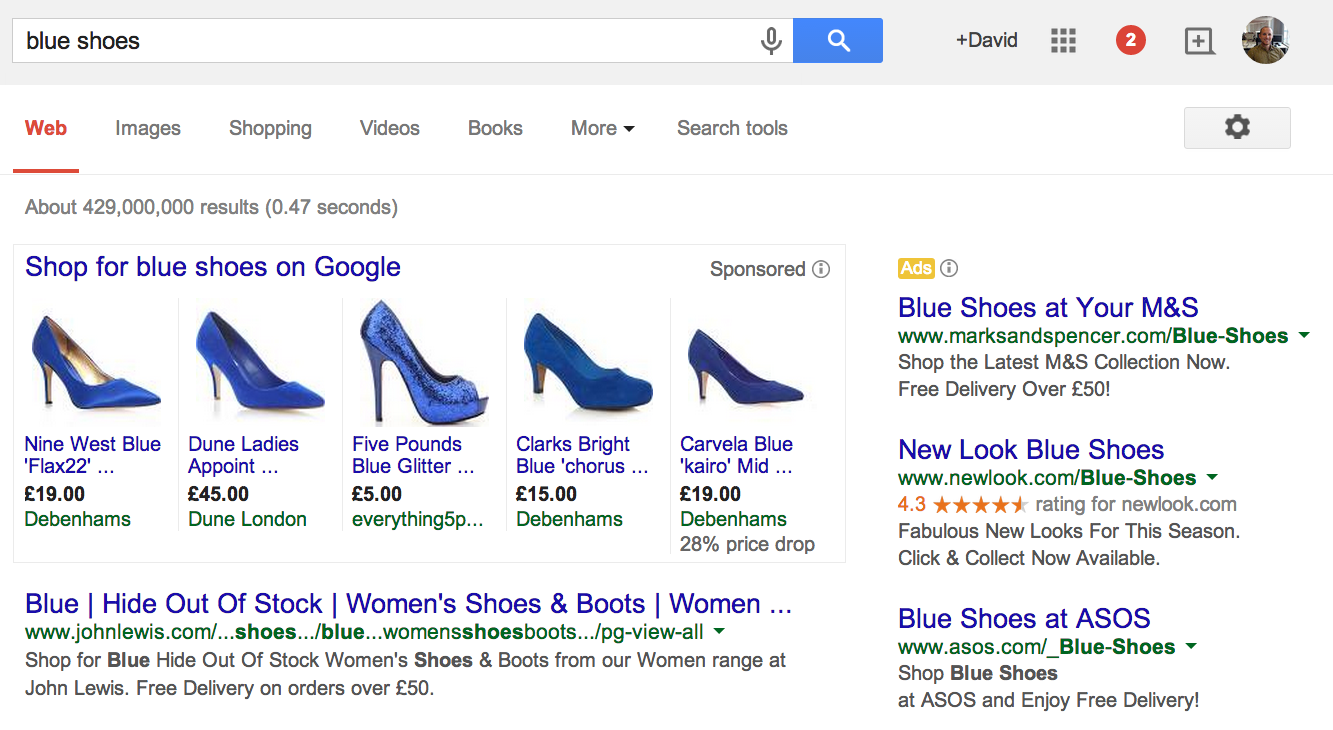