With over 2,000 brands under its umbrella, Nestlé is one of the world’s biggest companies. According to Pete Blackshaw, however – vice president of digital and social media – its success stems from thinking much smaller.

Speaking at Socialbakers’s Engage Prague event last week, Pete suggested that a start-up mentality is the key to innovation with Nestlé. Here are a few key takeaways from his talk.

In the fast moving world of digital and social media, what skills help brands stay ahead? This was the first question raised, with the answer being broken down into three key areas of focus, or an ‘innovation trifecta’ as Pete called it.

The first area is internal innovation, which for Nestlé comes in the form of its digital acceleration team, or ‘DAT’ – a program set up by Pete when he first arrived at the company. Taking inspiration from the likes of Facebook and Google, it is an entrepreneurial space located in Nestlé’s global headquarters, where employees work for periods of eight to 12 months at a time.

DAT members undertake immersive training and work on strategic business ideas, often participating in hackathons and intense problem-solving activities. For Nestlé, the overarching goal is to ‘loosen the screws’ of a large and hierarchical corporate company in order to permit flexibility and experimentation, i.e. the values of a successful start-up.

External innovation is the second area of Nestle’s ‘trifecta’ – which comes from its Silicon Valley outpost. This allows the brand to keep its ear to the outside environment, or in other words, to identify and apply breakthrough digital innovation from new and emerging technology partners.

A recent example is Nestle’s partnership with Amazon and its Alexa technology. Using a combination of voice automation and visual browsing, the new ‘Goodness’ platform will provide users with healthy recipes based on voice commands.

The final part of the trifecta is HENRi (named after Henri Nestlé) – an open innovation platform that enables collaboration with external entrepreneurs, businesses or partners. It is essentially a way for Nestlé to find solutions to existing problems much faster. For example, its recent initiative to help consumers stick to recommended portion sizes of products like Brazil’s ‘Passatempo’. Applications ranged from app developers to design agencies, involving a wide range of product and even psychological-based solutions. Silos and internal tensions can be a huge problem within large hierarchical organisations. Formal vs informal power is one of these tensions for Nestlé, which it strives to dispel through its Digital Acceleration Team as well as initiatives like reverse mentoring.

This involves pairing up executives with graduates for one-to-one conversations and workshops. In doing so, both sides gain something valuable, be it knowledge on Snapchat or Instagram or techniques and strategies for leadership. Ultimately, it helps to dissolve tension points as well as foster a much more collaborative and open working environment – far removed from the aforementioned hierarchical stereotype.

Pete wrapped up by speaking about how he personally connects with Nestlé employees. More specifically, how he makes an impact on the organisation through internal social media.

With the belief that ‘internal mastery’ drives ‘external mastery’, Pete encourages interaction and communication within the company, making it his priority to post regular content on the company’s internal social media platform as well as reply and like comments and feedback. In doing so, he (and the overarching brand) has been able to learn how to persuade, to make people feel important, and ultimately learn how to sell.

He cited the example of ‘mobile or not’ as proof – a video series posted by the Digital Acceleration Team which generated far more engagement on the subject of mobile compared with a previous written memo. Taking insight from external social activity (e.g. how people use and engage with social platforms like Facebook and Instagram in their personal lives) – Nestlé is able to apply it internally to foster a culture of real innovation. 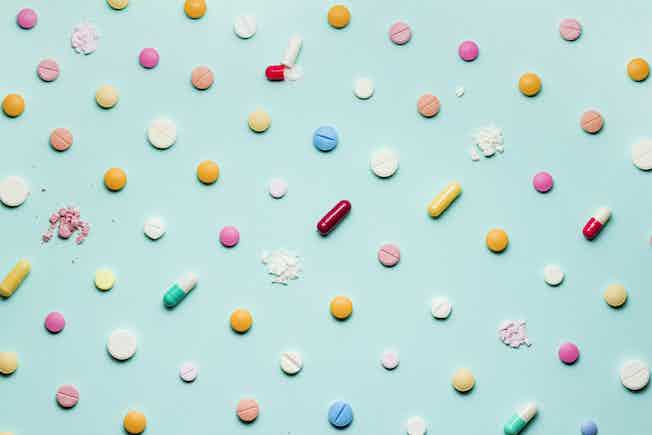 It’s brand-planning season in the pharmaceutical industry and therefore a useful time to reflect on how this foundational process can be enhanced to better serve us to deliver on the promises of “customer-centric” and “multichannel” communications.

Here’s a look at the common problems that occur during brand planning, and also some helpful solutions.