Pepsi’s Facebook page is a bit of a conundrum. It has some 17 million fans yet it hasn’t been updated since way back in July 2012.

In fact one of the most recent updates is a video of Fernando Torres when he had long blonde hair, which shows just how dated it really is. On the face of it the page appears to be official as prior to going silent it posted almost daily updates promoting Pepsi’s ad campaigns and brand ambassadors.

The updates achieved almost zero interaction though, with very few achieving more than 50 comments and ‘likes’, which is also odd as although they’re extremely brand focused they aren’t much worse than a great deal of other corporate Facebook updates.

What’s perhaps most bizarre is that Pepsi recently created a ‘Like Machine’ that traded free samples in return for smartphone owners giving the brand the thumbs up on Facebook.

This is a fairly shameless way of scraping customer data if you’re not then going to make any effort to entertain them once they’ve been lured into becoming fans of the brand.

If you compare Pepsi’s silent page to Coca-Cola’s social efforts and the storming success it’s had just by writing random names on the side of cans then one would assume that Pepsi might soon be hiring a new Facebook page admin.

Pepsi’s sub-brands do a far better job of posting fresh content and responding to fans comments.

For example, Pepsi Max posts new updates almost every day, most recently focusing around its sponsorship of cricket or featuring the magician Dynamo.

The updates featuring Dynamo’s bus levitation trick achieved a huge amount of interactions and were shared more than 120,000 times, however these were the exception rather than the norm.

In general Pepsi Max’s updates achieve just a few hundred ‘likes’ and comments despite having more than 1.1 million fans.

One noteworthy Pepsi Max promotion was its ICC Champions Trophy competition that offered people the chance to win tickets to the event.

To enter users had to upload a photo of themselves with a Pepsi at a Walkabout Bar either through a Facebook app, Twitter or on Instagram using the hashtag #MaxItToWin. Pepsi NEXT’s updates and level of interactions are largely similar to Pepsi Max, however it also has to deal with a number of critical comments about the health risks of the drink.

Pepsi recently had to change the recipe of NEXT due to health risks associated with the artificial sweeteners it contained, however consumers clearly haven’t aren’t yet ready to forgive and forget.

Pepsi is another brand with a confusingly broad range of Twitter feeds. There’s PepsiCo, Pepsi Max, Pepsi Max Crew, PepsiCo Deals, PepsiCo Jobs, Pepsi Next, as well as feeds for many of the countries in which the drink is sold.

As you’d expect most of the feeds have very few followers, however the main Pepsi account has managed to attract a following of 1.6 million people, some 600,000 more than Coca-Cola.

The social team tweets several times per day with the general focus being on the brand’s association with Beyoncé and its current ‘Live for Now’ campaign.

The idea is to promote Pepsi as an exciting, youthful brand that people associate with having a good time, so its feed is littered with hashtags such as #LiveForNow, #IconicSummer, #PoolParty and #duh. It’s all rather corporate and dull in my opinion, but it does also throw in frequent ticket competitions for Beyoncé’s world tour, which is a good way of attracting more followers.

The ads offered some fans exclusive ‘meet and greet tickets’ with a ‘queue-jumping’ competition. After tweeting the hashtag ‘#MeetBeyonce’ fans could visit the Pepsi Max site and see where they were positioned in a virtual queue.

At three random times during the day, the person at the front of the queue won the meet and greet tickets.

Overall the campaign resulted in a 20.8% average engagement rate and more than 150,000 mentions. Looking again at the main account, Pepsi’s social team also responds to occasional @mentions by other users, though not more than a handful each day and generally only to positive comments.

Many other brands have dedicated customer service channels on Twitter but Pepsi appears to largely ignore complaints, or it might be that it leaves them for local markets to deal with.

The PepsiCo feed appears to operate in much the same way. It responds to quite a few @mentions each day but it tends to be mainly positive comments.

As far as I can tell Pepsi NEXT is the only Pepsi brand that has an official Pinterest account. Despite being active for more than seven months it has pinned just 213 images across 14 boards, attracting a mere 1,078 followers.

One of the reasons for this could be that the boards are all slightly random. Many of the older boards tie into NEXT’s ‘Unbelievable’ campaign, so there are collections named ‘Unbelievable events’, ‘Unbelievable Places’ and ‘Unbelievable Party Parapernalia’. But then in among those there are other boards named ‘Homemade Holiday’ and ‘Sampling Events.’

The images themselves are quite interesting, but the social team has included too much text on the pins in my opinion. Also, the unbelievable lists are all taken from Buzzfeed advertorials. The more recent boards are even worse and just include images and videos from Pepsi adverts that all link back to the product’s official website. Another one is called ‘Pepsi NEXT’ and just includes nine different product images.

It’s hardly the sort of thing that people are going to want to share in great numbers. Pepsi NEXT is also another example of a brand that has used Pinterest to run a competition. Users had to create a board named ‘Unbelievable Pepsi Next Party’ and pin a branded Pepsi image as well as at least two images depicting their ultimate super bowl party.

It attracted several hundred entries, which isn’t actually that bad for this kind of competition.

Finally, there is an account that purports to be for PepsiCo, however it doesn’t have the official Pinterest tick.

It has created 12 boards for topics such as ‘Innovate Globally’ and ‘Sustainability’ but many of them have only a couple of pins. In general the content is fairly dull and corporate, so it’s unsurprising that it has just 600 followers. Pepsi is another brand that puts very little effort into its G+ page and generally posts just one or two updates per month. Even so, it has managed to attract just over 700,000 followers.

The posts tend to be images or videos of Beyoncé or other musicians, and rarely achieve more than a few hundred interactions.

Pepsi’s apparent indifference to G+ is by no means unusual and I’ve previously highlighted 10 major brands with dreadful Google+ pages. As far as I can tell, Pepsi’s other brands haven’t bothered with G+ at all. However there is a G+ page for PepsiCo Jobs that is updated on an almost daily basis.

The content is all based around PepsiCo product launches and marketing campaigns, as well as occasional updates on the company’s interns. It’s not particularly interesting and only has around 1,000 followers.

Building an ecommerce product database to satisfy your target consumer requires three disciplines in order to get it right: usability, the use of filters and naming convention.

In this context to ‘satisfy’ is to display navigation in an intuitive manner, to use navigation techniques to compliment the buying process, and to name category titles your consumers recognise and understand.

This topic normally falls into the ‘too hard’ category, and is driven by legacy product database systems with little or no flexibility. If you have the time, and the infrastructure to manage the database from the perspective of the consumer experience, then work to these disciplines. 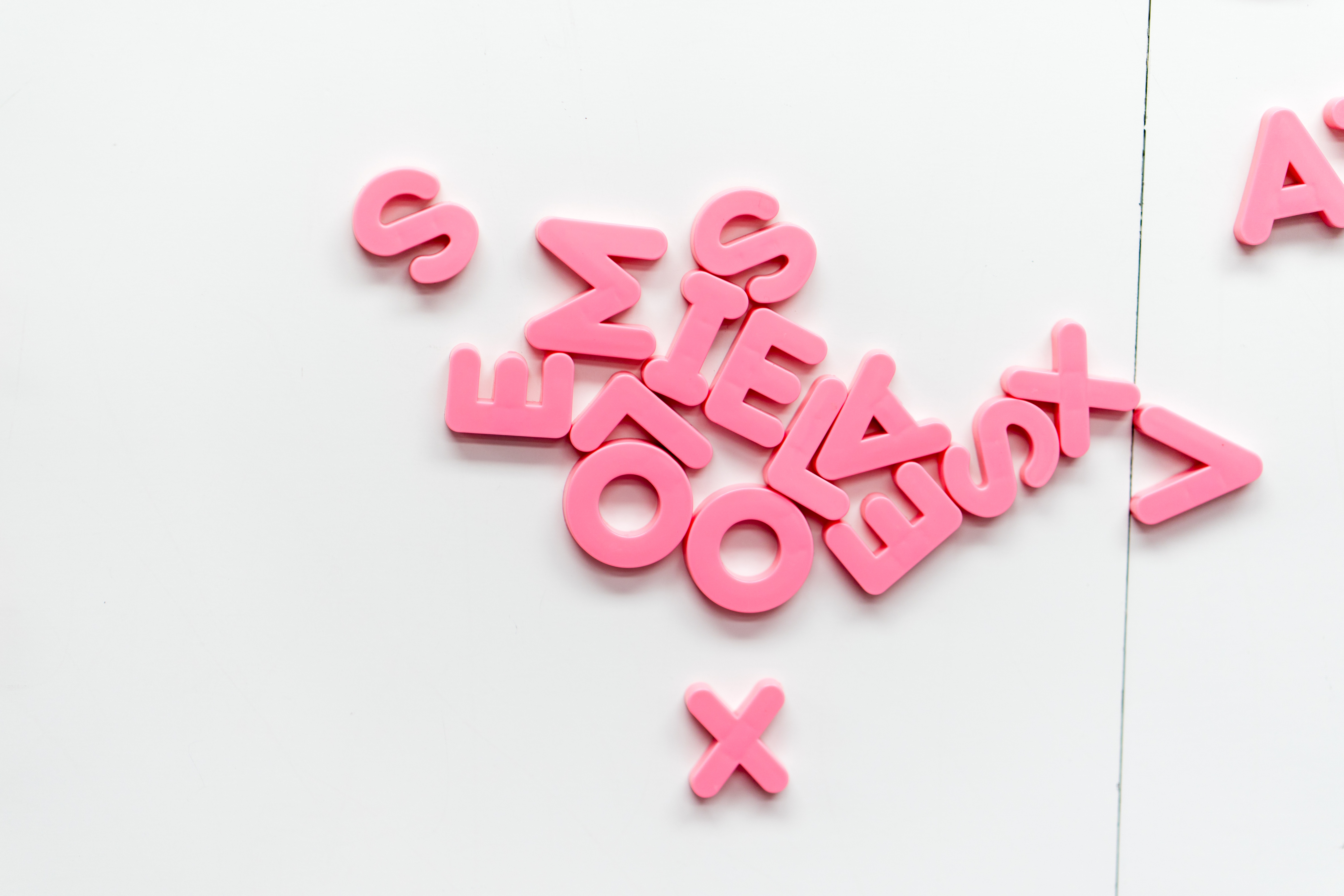 We had a hunch that word choice in email subject lines have a strong effect on response rates.  So, we tested 287 keywords across a sample of 2.2bn emails to see which work, and which don’t.

Why? Because President Obama has done more for email marketing than any world leader in the history of mankind. How? By focusing on subject line testing, his digital team optimised their donation campaigns to generate hundreds of millions of dollars online.

Despite Obama’s best efforts, most marketers still view email marketing as the Bluth Company’s Banana Stand of Arrested Development fame: a more boring and less sexy marketing channel than pretty much anything else imaginable.

But – and never forget this – there’s always money in the banana stand! There is great power in optimising subject lines.

In case you missed my presentations at MarketingWeekLive last week, you can find out more about our findings after the jump.

It’s Friday, so that means it’s time for the infographic of the week.

This week it’s a look at social media marketing for B2B companies from Clearpoint Agency.

It shows that 87% of B2B businesses use social compared to 77% that use blogs, with LinkedIn being the social network of choice for 83% of marketers.

Looking at the reasons for using social, 79% use it as a tool for raising brand awareness while 74% use it for customer acquisition.