Many organisations focused, with mixed success, on making sure their websites didn’t collapse under the weight of the extra traffic.

But while a website that falls over on the busiest shopping day of the year is the nightmare scenario, there are other aspects of performance to consider.

A number of studies show that even small fluctuations in the time it takes a web page to load can have a significant effect on the revenue it generates.

With this in mind, it isn’t enough just to make sure the website stays up. A website that slows down during peak periods is also potentially very costly.

In this article I’ll look at how page speeds were altered on Black Friday, and for more on this topic read:

Slowdowns on Black Friday are very much the norm. The graph below shows how one major UK retail homepage performed before, during and after Black Friday (load time is represented by the green and yellow bars).

Median load time increased from 9.4 seconds on 26 November to 11 seconds on 27 November, falling back to 9.6 seconds on 28 November.

This website didn’t suffer any serious errors. It didn’t go down altogether. But it does look as though it failed to make the most of a huge sales opportunity.

It would be interesting to know whether this retailer considered its Black Friday a success.

The website made it through unscathed. It probably made record sales. But the drop in performance on the big day almost certainly meant it missed out. No matter how successful it was, it could have done better.

Rather than just avoiding outages, then, retailers need to focus on maintaining performance at busy times.

This is something that can be addressed in load testing – subjecting a website to increasing levels of traffic in a controlled environment.

Part of the process involves finding out where the system’s breaking point lies, but it’s also crucial to find out when and why performance starts to degrade.

Remedial steps can then be taken to make sure the website doesn’t slow down when it matters most.

And some organisations do manage to maintain performance. The graph below shows load times for another retailer that ran some big Black Friday promotions.

While we can’t know how far traffic met or exceeded expected levels, we can at least say that this organisation didn’t miss out on extra sales because its website was slow.

Improving performance when it matters most

There is a third way.

What if you don’t just maintain performance on your busiest day of the year, but actually manage to improve it?

There are a few retailers that achieve this. It’s not always clear whether it’s by accident or design, but some Black Friday homepages are noticeably lighter (i.e. have less content) than their everyday counterparts.

This has two advantages – one is that it puts less pressure on systems, potentially reducing the need to invest in shoring up those systems.

The other is that the page is likely to load faster. And a faster page delivers a better user experience, better conversion rates and more revenue.

We saw a number of retailers adopt this approach, and the graph below shows performance over time for one of them.

Both page size (represented by the grey area) and load time (shown in green) fall in perfect harmony on the eve of Black Friday:

It’s worth mentioning that this particular site’s performance left a lot to be desired, both before and after the change.

However, it did see a huge improvement, with the likely result that it earned substantially more per visitor on and after Black Friday.

How do retailers actually achieve these savings in page size?

In the above case, the standard homepage included some very large banner ads that were cut from the Black Friday version, along with a large volume of video content.

Black Friday also offers the opportunity to direct visitors to a narrow range of deals, rather than deliver content that represents the full product range.

Very often, though, the things organisations do to cut page size on Black Friday are things they could and should be doing throughout the year.

This suggests that performance probably isn’t the main driver – why would you only want a high-performing website on one day of the year?

If so, some retailers are blissfully unaware that they owe part of their Black Friday success to a faster website – just as others don’t realise they could have done better if they’d maintained or improved performance.

In both cases, the impact of performance is real but masked by other factors.

The message, then is a relatively simple one, even if the reality of getting a website ready for Black Friday is anything but simple:

We often discuss basket abandonment on this blog, and one of the quickest ways to lose your customer is to bore them with a seemingly endless checkout process.

I say ‘seemingly endless’ because, however long the process really is, if you don’t include some kind of progress indicator then people have no way of telling how close to the end they are.

So they might as well assume they’ve got a long way to go, get bored and give up. 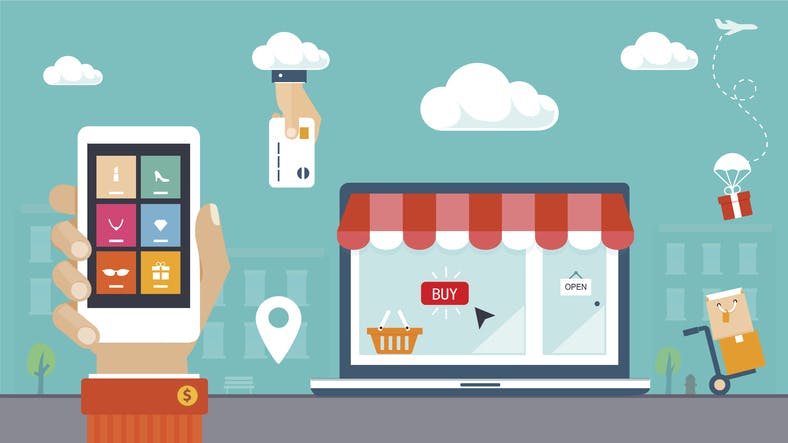 The topic of placing products on the homepage always comes with debate, but when thinking in the context of customer experience design, the reasons against presenting products are straightforward.

I’ve previously taken an in-depth look at product page design, and now it’s time to turn the spotlight on the homepage.