Digital sales have more than tripled for restaurants since the start of the pandemic, says Paytronix’s Annual Order & Delivery Report. Other research mirrors these findings, suggesting that digital is increasingly a differentiator for restaurants. According to the Restaurant Readiness Index, restaurants now generate around 40% of their total sales by selling to customers online, via a mobile app, using third-party aggregators, or via other digital ordering options.

But this isn’t the only way that restaurants can compete for the attention of digital customers. The RR Index also found that 16.1% of restaurant customers would be more inclined to order from restaurants that offer loyalty and rewards features, making this the most-desired digital feature. What’s more, 16.7% also said that loyalty or rewards programs would be the one feature that would encourage them to spend more at any given restaurant.

So, how are restaurants tapping into this opportunity?

A small number of quick-service restaurants offered digital loyalty schemes before the pandemic, such as Starbucks and Chipotle, but the pandemic has spurred many more to do so.

McDonald’s is the latest to bet on digital loyalty, with the fast food chain now piloting its MyMcDonald’s Rewards program in the UK. It has launched in 10 restaurants in England, with plans to add 65 before the end of January, and roll out nationwide by the end of this year. Customers can access the scheme via the MyMcDonalds app, and earn points which can eventually be redeemed for menu items.

Chris Kempczinski, President and CEO, explained in McDonald’s Q3 2021 earnings call how the scheme has already generated success for the fast food chain. “It also creates another touch point to increase engagement and take our relationship with customers to more responsive, more personalised places,” he said. “We’re already seeing increased customer satisfaction and higher frequency among digital customers, compared to non-digital.” According to McDonald’s, the scheme – which is already active in the US, Canada, and Germany – already has more than than 21 million enrolled customers.

Chipotle is another restaurant that has seen huge success from its digital loyalty program, which CEO Brian Niccol says now has more than 23 million members, and is “consistently able to generate more transactions from light, medium and high frequency users.” Chipotle also says that its digital loyalty members represent around 25% of its total customer base, making it a big driver for overall sales.

Similarly, Taco Bell’s Rewards program continues to drive digital sales. Speaking in the company’s Q2 2021 earnings call, CEO David Gibbs said that it has resulted in an uptick in frequency and higher spend per visit, resulting in a 35% increase of overall spend for active customers compared to their pre-loyalty behaviour.

During the Covid-19 pandemic, loyalty also turned into a lifeline for some, with Starbucks’ digital scheme helping the company to recover from a difficult 2020. The company added over one million active Starbucks Rewards members in Q3 2021, with over 24 million active members representing 51% of all spend in US Starbucks stores. CEO Kevin Johnson stated that it is “very clear that our Rewards program has accelerated our recovery in a meaningful way.”

Customer experience in 2022: What do the experts predict?

Digital loyalty schemes aren’t only about driving top line sales, of course. Restaurants want data, in turn using it to create personalised experiences that deepen engagement with loyal customers. This is particularly important given the amount of choice within the quick-service market, and the fact that customers are likely to be loyal to more than one restaurant. According to PYMNTS’ ‘Digital Divide: Mind The Loyalty Gap’ report, 64% of customers who use loyalty programs do so at multiple restaurants from which they frequently purchase.

So how are restaurants using this data? Interestingly, with many also working to enhance the drive-thru experience – for example, using automation to make ordering faster – another related trend is restaurants incorporating data from digital loyalty programs to personalise the experience. One example of this comes from Burger King, which last year began testing Bluetooth technology to identify members of its Royal Perks program at the drive thru, and showing their previous or recommended orders on digital signage boards. The idea is that customers are likely to have a favourite or regular order, so automatically delivering this option creates a more tailored and convenient experience.

Panera Bread is also working on automatic identification, integrating into its ‘Next Gen’ bakery store which opened late in 2021. The store, which is designed to offer a seamless experience for both dine-in and dine-out customers, automatically identifies loyalty members in both the drive thru and when entering the store. Speaking to CNBC, chief brand and concept officer, Edward Luz, explains that “Once you are identified, the vision is that we interact and acknowledge and treat you as a person, with preferences. It’s what you expect when you go to a neighbourhood cafe.”

In some ways, this also aims to offset the ‘contactless’ technology that restaurants are also using, which can often feel rather impersonal. Panera’s store aims to offer a personalised experience, one that recognises the individual rather than a faceless customer, even if the customer in question chooses to order via a digital kiosk. This also aligns with the rising consumer demand for multi-channel, acknowledging that even digital customers are not exclusively digital (and vice versa), and that long-term loyalty more likely stems from meeting customers wherever they are.

Alongside personalisation, restaurants are also integrating gamification into digital loyalty programs, which can help to incentivise the customer to continue being active.

Starbucks Rewards members have been able to play games such as Starland (celebrating the company’s 50th anniversary) and the Starbucks Summer Game for a chance to win either badges in-game, prizes, coupons or raffle tickets.

Chipotle does too this with its ‘Extras’ feature, enabling customers to unlock rewards faster and more often, rather than having to wait and earn them via transactions. Last June, it also launched the ‘Chipotle Race to Rewards’ video game – available for just 48 hours – which challenged users to compete for points, with the top player winning a 2021 Tesla Model 3 and other high ranking players winning an electric bike.

Alongside short-term, high-impact activations like this, Chipotle’s Rewards program also allows members to redeem points in support of the company’s charity partners, including the Farmlink Project, as well as a range of additional menu items and Chipotle branded merchandise.

Altogether, with competition in the space increasing, there appears to be increasing recognition of the importance of driving emotional and experience-based loyalty in customers rather than basic, transaction-driven loyalty, with restaurants becoming increasingly creative in how they do so.

Again, this often boils down to personalisation, with restaurants using data to target and engage customers in meaningful ways. Another good example of this is Dunkin Donuts and its ‘Year in Review’ emails, which it sends to DDPerks members based on their yearly purchases and activity. Similar to Spotify’s campaign, this email helps to build a story around the individual customer instilling the sense that they are valued by the brand, which in turn, fosters continued loyalty.

Data & analytics in 2022: What do the experts predict? 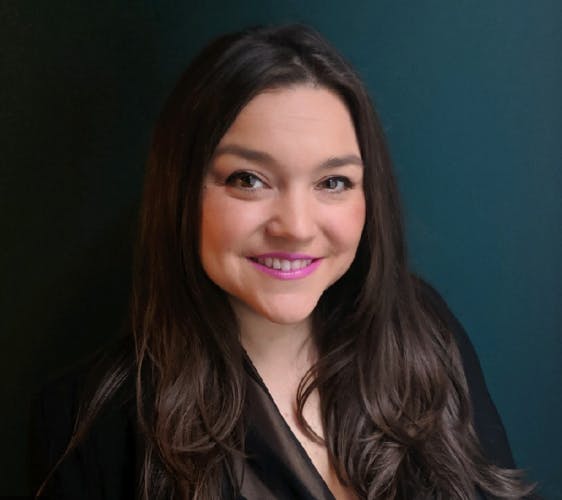 Ryanne Laredo is CCO at Smartly.io – a social advertising automation platform. I recently caught up with Ryanne to discuss her role in depth, how data can enhance ad creativity, and her thoughts on the future of the industry. Tell me about your role… what does a typical day look like for you? In April […]