From digital asset rights management to advertising, there are many industries in which entrepreneurs and established companies are looking to apply the blockchain.

Healthcare is no different and as players in the healthcare space look to embrace digital innovation, there are a number of areas in which blockchain technology could potentially be employed. Here are three of the most promising.

The healthcare industry has spent considerable time and money adopting electronic health records (EHR) but challenges persist. For example, while EHRs were intended to help address the issue of interoperability, getting all of the systems that need to talk to each other to talk to each other remains an elusive goal.

The blockchain, which essentially provides for a distributed ledger, offers a potential solution to interoperability challenges. Already, the MIT Media Lab and Beth Israel Deaconess Medical Center have experimented with the application of blockchain to medical records.

In an article in the Harvard Business Review, John D. Halamka, MDAndrew Lippman and Ariel Ekblaw, three of the researchers involved in the experiment, explained:

“Imagine that every EHR sent updates about medications, problems, and allergy lists to an open-source, community-wide trusted ledger, so additions and subtractions to the medical record were well understood and auditable across organizations. Instead of just displaying data from a single database, the EHR could display data from every database referenced in the ledger. The end result would be perfectly reconciled community-wide information about you, with guaranteed integrity from the point of data generation to the point of use, without manual human intervention.”

One of the greatest advantages of this approach is that the patient is ultimately in control of his or her data, which could aid in allowing patients to opt to share their health data with researchers and third parties.

Interestingly, last year, IBM forged a development agreement with the U.S. Food and Drug Administration (FDA) to explore the blockchain-powered exchange of patient-level oncology-related data from a number of sources, including EHRs.

The integrity of the pharma supply chain has never been more important. This supply chain is under growing threats such as drug shortages and counterfeits. Counterfeits alone are estimated to cost pharma companies $200bn annually. It’s one of the reasons why, by 2023, pharma companies will be required to adhere to the Drug Supply Chain Security Act (DSCSA), which calls for the complete tracking of drugs from raw materials to production to dispensing.

The blockchain could offer a solution to address these threats and comply with the DSCSA. As Maria Palombini of the IEEE Standards Association explained, “Two specific use cases for blockchain in the pharmaceutical supply chain make sense. One is securing the supply chain – the answer to the massive, widespread growth in counterfeit drugs and their associated costs. The other is optimization of the supply chain, which offers efficiencies, cost removals, and visibility into inventory as well as speed and accuracy in the event of a drug recall.”

Trials are already under way to see if the blockchain’s potential to help the pharma supply chain can be realized. For example, supply chain consulting group The Link Lab has teamed up with blockchain startup Chronicled to build a system to track the movement of prescription drugs. The duo is working with an unnamed “global pharmaceutical company” to create a blockchain-based solution to verify prescription drugs.

They’re not alone. DHL and Accenture have also developed a blockchain prototype to tracks drugs from their point of origin to the consumer.

The distributed ledger of blockchain also offers promise for clinical trials, which pharma companies spend billions of dollars a year on. Clinical trials by their very nature produce significant data. That data is shared within pharma organizations as well as third parties such as clinical research organizations and regulators like the FDA.

Proponents of the application of blockchain technology to clinical trials suggest that it could ensure the integrity of data generated by clinical trials while still maintaining privacy. They even suggest it could store trial metadata, such as the trial protocols and statistical analysis plans, collect and track participant consent, and manage phase control using smart contracts.

One of the most promising potential applications of the blockchain to clinical trials relates to its ability to facilitate data sharing. Estimates indicate that approximately half of clinical trials go unreported and nearly 90% of trials on ClinicalTrials.gov don’t have results. If blockchain could help ensure that data generated by clinical trials doesn’t go to waste and is instead made available for future use, it could be a boon to healthcare industry. 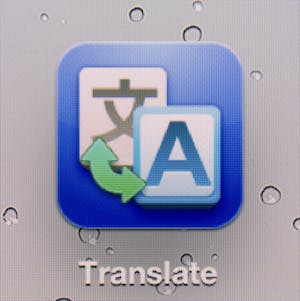 Language isn’t an exact science. Often, there is no “perfect” answer.

While much is logical, many elements are harder to explain, untethered as they are to any fixed set of rules. For instance, when is a thought expressed with an indicative vs a subjunctive mood? When to use polite vs casual phrasing in languages such as Korean or Japanese? How to articulate an expression that doesn’t exist in a target language?