For the luxury industry, however, humour tends to be avoided at all costs. Instead, brands tend to focus on aspiration, prestige, and heritage – certainly not traits associated with cheap laughs.

But are luxury brands missing a trick? Here’s more on why humour could be an effective tool within marketing – and not just for the mass-market.

While the pillars of luxury marketing have remained much the same in recent decades, the ‘traditional’ luxury consumer has evolved.

Younger generations are now fuelling the market, having been responsible for 87% of its growth in 2017. According to Deloitte, millennials and Generation Z are predicted to represent more than 40% of the overall luxury goods market by 2025, compared with around 30% in 2016.

As a result of this, luxury brands are finding that the aforementioned focus on ‘aspiration’ is losing relevance. Deloitte also suggests that millennials do not buy luxury goods based on status or heritage. Factors like uniqueness and quality are far more important, and traditional in-store purchasing is now being trumped by online.

In order to capture the attention of this important demographic, many luxury brands are also veering away from serious personas into something a little more light-hearted. And as the industry strives to modernise, humour and irony are entering the marketing mix.

Can luxury be fun?

Exclusivity is still a large thread that runs through luxury brands – the sense that customers are part of an exclusive club. This sense of ‘community’ can be effective, with people buying into the idea (quite literally) of belonging to a brand that aligns with their values and interests.

However, this can also make brands feel stuffy and even discriminative, increasing the barrier to buy in.

One luxury brand that aims to disrupt this notion is watchmaker H. Moser & Cie. In fact, it has completely turned traditional luxury marketing on its head, taking a bold and somewhat divisive approach.

While H. Moser & Cie still manufactures rare and quality timepieces, its brand voice and its content is largely geared around poking fun at the stuffy and pompous nature of other names in the industry. Its blog, Pioneer Chronicles, actually includes a disclaimer detailing that people without a sense of irony should not proceed. It is filled with articles lampooning the elitist nature of the industry – as well as those that buy into it.

As is the case with irony, there’s always the danger that it can result in controversy, and H. Moser has certainly had its fair share. The brand has previously launched a range of parody watches, including takes on the Apple Watch. Its ‘Swiss Mad’ watch, however, (which was a dig at the ‘Swiss Made’ label) was subsequently pulled due to “being misunderstood”).

The odd misfire aside, H. Moser has certainly been successful in shaking up the industry. By using humour and satire, and creating an honest dialogue with its audience, it has opened up the brand (and the world of luxury watches) to a new wave of younger and more open-minded set of consumers.

The brand also understands that not everyone will get the brand’s distinctive style of humour. Edouard Meylan, CEO of H. Moser & Cie, told Luxury Society: “Sometimes, messages can be misunderstood. It is part of the game with disruptive communication. This will not stop us.”

We all know that one guy with a platinum credit card and the conviction that he’s into the next big thing with every gadget he buys. Read his story on Pioneer Chronicles. https://t.co/oD3bdyCTUC

Another area of luxury that is fixated on factors like heritage and legacy is hospitality. The biggest luxury hotels tend to promote old-school glamour, escape, and opulence. However, as the preferences of luxury travellers evolves, so too must marketing.

Waldorf Astoria is one brand that has taken note of this. Using consumer insights, it determined that an increasing number of consumers now want travel experiences that help them live in the moment – and modern convenience rather than classic luxury.

As a result, Waldorf’s latest campaign repositions its brand as one that values unique experiences. Each ad is super-short (just 16 seconds long), and depicts the hotels’ commitment to delivering great service no matter how unique the request might be.

The campaign is not overtly humorous – there’s no attempt at subversive or controversial comedy here – however it has a playful and carefree tone, marking a significant change from the high-end and rather earnest approach it has previously taken.

Another hotel brand taking a self-deprecating approach is luxury boutique chain, Kimpton. With a number of hotels using artificial intelligence for customer service, it pokes fun at this new tech-driven industry in order to highlight its focus on personal connections.

Parodying the serious advertising style of brands like Apple, it reveals that its own sophisticated operating system is actually human-powered, stressing the brand’s commitment to real-life communication.

According to McKinsey, nearly half of luxury buying decisions are influenced by what consumers hear or see online. It also predicts that global digital sales for women’s luxury fashion are expected to grow from 3% of the total market to 17% this year.

It’s clear that digital presents a huge opportunity for luxury brands – both in terms of sales and how they are able to target and communicate with consumers.

Some brands are embracing internet culture in other ways. Take Gucci, for example, who last year created a whole bunch of online memes to promote its new watch line.

Jumping on board this new consumer language, Gucci’s memes (like the medium in general) were designed to strike a relatable chord, inspire sharing, and of course make people chuckle. For a luxury brand like Gucci, it was an unexpected strategy, but one that provoked a big response on social. Interestingly, the brand also chose to create a landing page explaining the memes. Which is ironic, given that memes are supposed to be self-explanatory, however it was a safety net to ensure older (and less digitally-savvy) consumers would also be in on the joke.

Overall, the campaign worked. This is perhaps surprising, mainly because brands that jump on a bandwagon or try hard to be ‘cool’ can come across as cringy or awkward. However, the brand’s clever collaboration with a number of internet artists – combined with a quirky, self-deprecating, and sometimes absurd tone – made for a winning combination of high-brow fashion and low-brow humour.

For more brand stories, come down to Tobacco Dock, East London for the Festival of Marketing 2018, October 10-11. 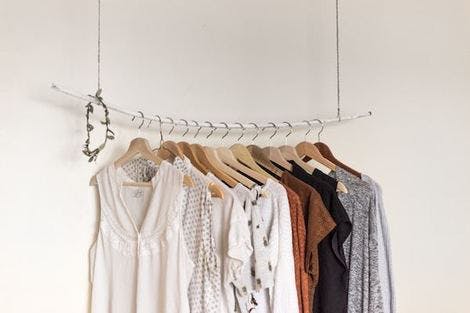 For those in the Singapore region, Ms. Villalobos will be discussing some of her experiences, offering insights about the digital landscape and even giving some career advice at our upcoming event ‘Digital Divas’ on Friday, August 17th.  Click here to find out more and request your seat!

‘Digital Divas 2018‘ is an Econsultancy Asia-Pacific event being held in Singapore on Friday, August 17th and will feature the thought leadership of women in marketing.

For those who are able to attend, please click here to book your spot. For those who cannot attend, or are interested in finding out a bit more about it, Econsultancy has conducted short interviews with each speaker to find out their thoughts on the marketing landscape and their views on how senior marketers can progress in their careers.