You’ve said that developing a mobile optimised website was important. What other goals did you have for the new website?

Given that over half the visits to our websites already come from mobile devices being responsive was an imperative.

We also needed a new, more robust CMS so that content could be created and uploaded much more easily by our web editors (of which we have already trained 500 at a regional and local level).

The next most important functionality required will be sign-in, so that we know who’s using our site (not just how it’s being used), then serve them more personalised and relevant content in return. To what extent is investment in the National Trust website year-round after a project like this? What user testing, feedback and improvement will you be doing in future?

We’re changing the way that we work (starting on day one of our new fiscal year in March) to reflect the fact that digital platforms are an ongoing investment, not a ‘build it and walk away’ environment.

Therefore, we’ve been allocated a new BAU budget to cover web maintenance, updates etc, and will also be creating new full time roles to ensure we don’t lose knowledge through the transition of short-term staff (we’re also doing this for our mobile app).

We’ll be continuing user-testing on a regular basis and have just conducted (last week) our first depth interviews to make sure the new site is meeting the needs of supporters to the best effect.

We also did something similar with the new mobile app which launched in the summer – whereby a new home screen was designed / functionality was changed based on feedback collected from the app store reviews.

The membership page is obviously important. Was this a radical new approach (or were signups predominately offline?) and how do you intend to optimise over time?

This is just the start of a project we call ‘Self-Serve’, whereby we’ll be allowing supporters (should they choose) to manage all aspects of their accounts online  – everything from updating their personal details to becoming a life member or even joining from abroad.

The first stage launched recently and all other aspects will be rolled out in the coming months. The decision on what order to launch was based both on a combination of commercial worth and technical complexity.

You have a passionate membership. What part does storytelling play in your marketing and how will this change through digital?

It’s already at the heart of what we do. It’s also not restricted to digital, rather we’ve started creating longer-term marketing plans to ensure we’re communicating who we are and what we do in a timely and relevant manner across all touchpoints.

Will the new site change how the digital team works (both processes and campaigns)?

We’re already in a period of evolution, as mentioned in previous points.

One of the most important factors for me is that organisations change to reflect the ever-evolving digital landscape.

For example, our largest traffic volumes for social media often occur outside of office hours, so we’re consensually amending the role profiles of team members to ensure that they’re online when supporters are – meaning we don’t take advantage of the goodwill of community managers to cover both inside and outside office hours (which you unfortunately see in many other organisations).

At Econsultancy we have written a lot about a skills shortage in digital. Is this affecting National Trust and how do you cope with it?

It’s a perpetual challenge for all industries to attract the best and brightest. Luckily I’ve already got them around me here at the National Trust.

If you run a financial services site and are going global with your product offerings, there are key actions which will improve your sites’ SEO visibility.

Most financial websites have a global web template which is used to roll out new versions of the site. 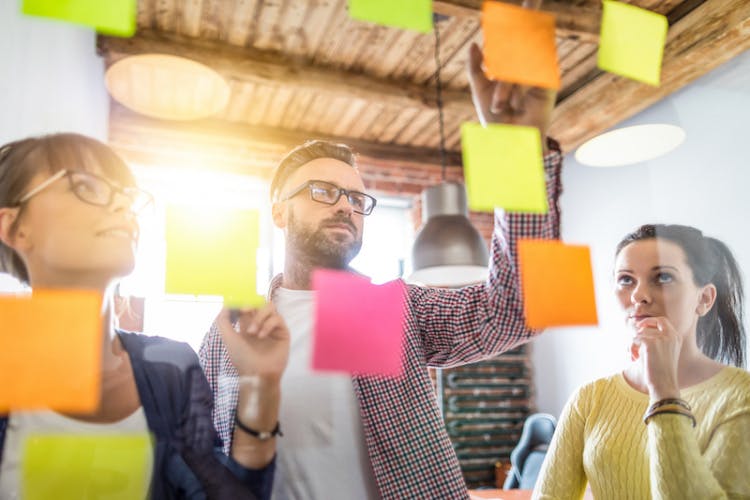 How your website, app or software is produced will have a significant impact over how quickly it’s built and its quality.

The technicalities of development methodologies can be intimidating, and appear irrelevant to marketers. But, which approach is used is a critical decision.

It can’t be left to your production team, whether in-house or outsourced.