To right this wrong I spoke to Gary McRae, a senior marketing manager at Global Elite Services.

Gary has been working in Japan for more than a year so knows a lot about the cultural differences brands need to be aware of before attempting to expand into the country.

And for more information about digital in Asia-Pacific, read the other interviews in our APAC Insights series:

What were your initial thoughts when you first began working in Japan?

Japan is so different from the West and even other parts of Asia, which makes it so interesting.

I think the greatest challenge that people face is reading what you see and interpreting it, but then realising you’re completely wrong.

Because what you see isn’t what you get. And so my biggest take home is that you have to engage local people as soon as possible. The projects I’ve been working on at the market entry stage, we really have to go slow to go fast.

You need to take a lot of time to research the market, and the best way to do that is to engage local experts and natives, otherwise the interpretation is never what you think.

How do you begin to overcome the language barrier?

What often happens is Western brands will take an existing product and think, “We’ll just do what we’ve done in all these other markets.”

But that approach is never successful, as you can’t just translate your content into Japanese and assume it will work.

It’s a very complex language. It’s difficult to even find two native interpreters who will agree on anything.

There’s also a wariness of foreign brands, and of outsiders who are entering the market, so you need to be careful about how you approach it.

So foreign brands aren’t seen as being premium? In China, for example, we’re told that Western brands can be seen as prestigious and desirable.

In some cases that might be true, as there is an interest in things that aren’t local.

But that doesn’t mean you should act like a foreigner. You have to be very localised in how you engage the market and how you present yourself.

Again I think that’s another big challenge. People in Japan have always told me they love things from overseas, but you have to serve it the right way. One of my favourite restaurants in Tokyo is a Japanese Italian restaurant.

It’s Italian food dressed up in Japanese style and it’s very popular with the local people.

To me it’s a great way of viewing how you enter the market there, because even if Japanese people say they love Italian, if you try to sell authentic Italian food it won’t go down well.

How do you go about finding a decent local agency?

I discovered that they have relatively low employment in Japan, as there are a lot of self-employed middlemen who act as ‘connecters’.

It’s very difficult for a Western company to go into Japan and find new partners because the door gets closed.

You have to go through a connecter who can fix it up, which obviously costs you money.

How did you find these connecters?

I found them by just going to Tokyo and knocking on doors. At first I got a lot of doors closed on me because they couldn’t speak English and I can’t speak Japanese.

Even digital marketing agencies that I thought would be happy to discuss business just weren’t interested and refused to deal with me.

But eventually I got a few connections who understood my business and what I was trying to do, and now I can get into almost anywhere.

Why do you think that system of middlemen exists?

Trust. If you go to a meeting in California with someone you don’t know the chances are you might be able to hug at the end of it and start doing business very quickly.

In Japan that’s not the case. Things move very slowly, there’s a hierarchy of approval that you have to go through.

They’re almost suspicious of anyone who’s trying to rush things.

You see that even in China as well, where Western companies want to rush through a programme, but they’re forced to take a slower approach and build those relationships. I’ve been told it can be difficult to find out people’s intentions. So they say one thing to be polite, then go and do something else?

Nothing is what you think it is in Japan. They will be very polite and will always say yes, but then they just won’t call you back.

The way around that is to challenge them a little bit. So ask them, “You say yes, but what do you actually mean by that?”

I find that if you pin people down as to when the next meeting will be, they’ll then admit they need to speak to someone else first.

Then you can try to get a meeting with that person and slowly work your way through the layers.

Knowing who you’re talking to is really important, as you need to know whether they’re in a position to actually make a decision.

How do you go about building trust in your brand?

Firstly, everything about your English digital assets has to be immaculate. So when I talk to agencies and business partners over there, they will judge your digital assets with a Japanese mind-set.

That means they should be able to look at your website and find out everything imaginable.

The FAQ page has to be prominently displayed and has to answer any question I might have.

I think in the West we’re much more willing to trust an online retailer based on how things look, but that isn’t the case there.

I always get feedback from my partners in Japan saying they weren’t able to find the answer to a particular question.

So for example you have to be very clear about who owns the business, and they really prefer to have a Japanese representative there as well, certainly for the Japanese arm of the company.

The same goes for social media. If my clients don’t appear to have a big following on social, people in Japan will query it and ask why.

If you’re interested in discussing digital marketing trends and best practice in Asia-Pacific, then apply for a place at our forthcoming roundtable events.

They will focus on marketing automation, email, and behavioural marketing. The dates are: 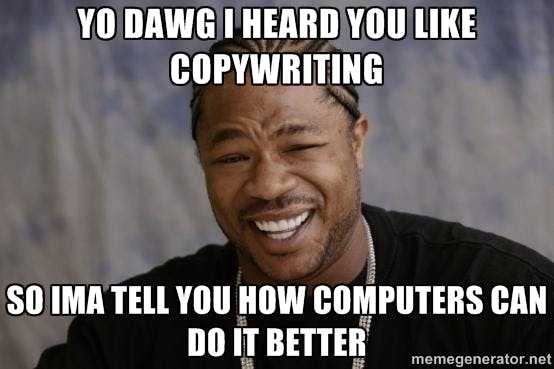 Since the 1980’s internal and external benchmarking has become a standard business practice for all organisations, but the dawn of the digital age has made benchmarking a process that is even harder to complete.

If you’re still operating link building campaigns, it’s time to rethink your strategy. Here’s why and how.