According to IMRG, the Amazon UK and Amazon.com sites accounted for over 10% of mobile visits to retail sites in April 2013, with Argos receiving 2.3% of visits.

Mobile now accounts for 20% of the UK online retail market, up from less than 1% in 2010. Mobile visits to online retail sites now account for almost one in three ecommerce site visits in the UK.

There is, therefore, an incentive for these retailers to provde the best possible mobile customer experience to make the most of this growth in traffic.

I’ve been loooking at each of these retailers on mobile…

Both Amazon sites (UK and .com) are great examples for other retailers. Amazon (like eBay) adapted to mobile commerce very quickly, and has been instrumental in driving mobile retail (and showrooming).

It has taken a broad appraoch, creating mobile-optimised sites, as well as a range of m-commerce apps for different platforms, thereby appealing to a wide range of mobile users.

As David Moth explained in a previous post, there is plenty for other retailers to learn from Amazon’s mobile commerce strategy.

Argos has has apps and mobile sites for some time though, until recently, they were mainly used to drive its Check and Reserve service.

A great idea, but the recent decision to add ecommerce to the site is a smart move.

Also, given Google’s recent announcements on the mobile user experience, it may want to reconsider this ‘download app’ pop-up: Next is a surprise. I think it had a mobile site previously, but seems to have ditched it. Or perhaps I imagined it…

Either way, especially given the fact that it is the fourth site on the list, Next is missing a trick by not having a mobile site.

This is what it looks like on a mobile browser. Not good in 2013: UPDATE: Next does have a mobile site at m.next.co.uk, though there isn’t an auto-redirect for mobile visitors, which is what I was expecting.

Tesco does have mobile sites and apps, which are very useful, though its checkout process could do with streamlining for the mobile user: Debenhams pursued a similar strategy to Amazon, with apps on various platforms as well as a mobile site. While you could argue that apps aren’r necessary when a retailer has a mobile (or responsive) site, these apps do things the mobile site can’t, such as the barcode scanner.

Debenhams also seems to understand the value of mobile (sites and apps) as part of the research process, and so has installed wi-fi in its stores to enable people to use mobiles, as well as targeting mobile users in stores with offers. M&S is similar to Debenhams, in that it understands the use of mobile as a multichannel retailer, though it does have a few things to learn about QR.

According to recent research, M&S provides the best customer experience on mobile, while I’m impressed by its use of digital in its flagship Cheshire Oaks store.

The mobile site isn’t without its flaws though. It still requires you to create an account before making a purchase, a big no-no on mobile.

It also forces you to enter the same information twice when registering an account and making a purchase. David Moth reviewed the updated ASOS site recently, and though the site is usable, it doesn’t quite match the high standards of its desktop site. This is an excellent example of a mobile commerce site. One thing it does especially well is checkout. The process is fast and easy to use, while a guest checkput option is always a good idea: This is generally a very good mobile site, but there are some serious flaws in the checkout process which are likely to impact on conversion rates.

Full marks for adding PayPal, which does simplify the process for some, but these forms are very off-putting.

For the average thumb, the size of the form fields and CTAs represent a challenge. It’s good that nine out ten of the retailers here have mobile commerce sites, though a common problem is the checkout.

Mobile checkouts should be as smooth and brief as possible to encourage purchases, and many retailers are failing on this point with over-long forms, compulsory registration, and poor usability.

As for Next, considering it is the fourth most visted UK retail site on mobile, the lack of an optimised site is staggering. 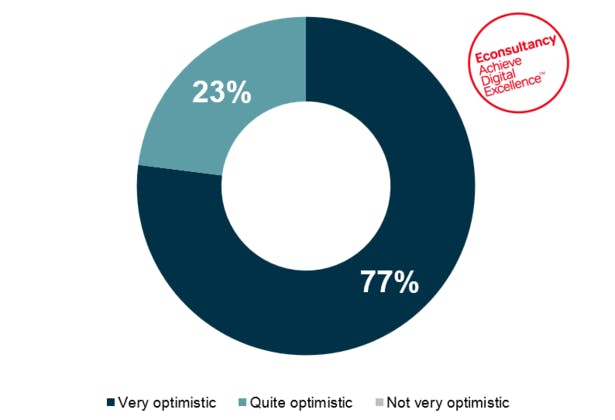 Research from both Econsultancy and other sources consistently shows that marketing spend on digital in the UK continues to grow, particularly as marketing becomes more strategically important.

With companies looking to provide the best experiences for their customers and fend off the competition, agencies have been pivotal in driving continuing success in this sector.

The Top 100 Digital Agencies Report, sponsored by Sitecore, ranks agencies according to fee income from their UK digital activities. The total fee income reported by the top 100 agencies this year is £1.18bn, up 23% from the £962m that these agencies earned last year.

If you are finding your Facebook Page engagement metrics dropping, maybe you aren’t giving fans enough to do? Welcome InstallThisApp to the party.

A new startup offering customized Facebook applications for those of us without programming skills.

We spoke with founder Martín Acuña Lledó to find out more.

Are you an individual or SME facing steep charges by the banks on international payments?

MyCurrencyTransfer.com is a cheaper and more transparent option where founders do not want you to get short changed by high fees or excessive margins added to the real exchange rate.

We spoke with Daniel Abrahams, Co-founder of this UK, now Isreal-based startup on their success and what’s next.