Luckily, we had guidance from two industry veterans who have helped many Western brands break into the region.

Any marketer who is interested in building their brand in China – or just learning about the biggest market of the future – should read on.

In order to understand the China ecommerce landscape you have to first become familiar with their sites and services which are not so well-known in the west.

Also run by Alibaba is Tmall – a B2C site which allows companies to establish virtual storefronts on its site. It is popular with Chinese consumers who are increasingly looking for top-quality branded merchandise.

With an Alexa ranking of 15, it’s a great place for global brands to access the China market – if they get it right.

And finally there’s WeChat – the messaging app developed by Tencent. Similar to WhatsApp, WeChat is becoming the de facto messaging tool for Chinese consumers and has over 500m active users (in league with WhatsApp’s 700m).

Its impact has been enormous and any brand with a large Chinese customer base will be using it to a great extent.

Taobao has 1bn products for sale on its site and its parent company, Alibaba, had $250bn in revenue in 2013 – which dwarved Amazon’s $75bn.

Compare it with ‘Cyber Monday‘ (1/12/2014) in the US which had ‘only’ $2.65bn. Needless to say, any brands who want to access the China market must have a Taobao and/or Tmall strategy.

At the Outlook event, David and Kestrel spoke about many aspects of the Chinese consumers, but here are a few key points:

With a market as large as China (1.3bn+), it’s tough to know where to start. But both David and Kestrel agreed that targeting to tier one cities (Shanghai, Beijing, Guangzhou and Shenzhen) was not a good idea.

The reason is that consumers there are ‘tapped out’ – and marketing there is very sophisticated already. Instead, Kestrel suggested marketers look at capturing the younger consumer many of whom have moved west to tier 2-6 cities

Kestral also noted that O2O (online to offline) is much more important in China than in the west – so your digital brand should lead people to a physical presence.

Finally, they both said that your value should not be in offering the lowest price, as you will not win against existing Chinese brands!

The display of products on Chinese sites is very different from Western sites. As Westerners, when we visit Chinese ecommerce sites, we are overwhelmed by all of the visual ‘noise’ – and find it hard to focus.

Have a look at Taobao and then Amazon for an example: Taobao looks ‘busy’ – even cluttered – to Westerners.  But to the Chinese consumer, Amazon looks too sparse.

Instead of whitespace, Chinese consumers want a lot of information on the page so that they can easily compare many products.

So, when launching in China, brands should engage a local agency to help with design.

Getting through to Chinese consumers

Kestrel instructed us to forget being a Western ‘aspirational’ brand.  If you try that, you are trying to appeal to a middle class that does not exist in China.

Instead, position a middle-tier brand as luxury brand – which is a strategy that Coach is now using there. He warned that Chinese consumers are ‘hourglass’ consumers – they buy products at the top and bottom, but nothing in the middle.

Also, to be successful brands have to connect with your consumer on an emotional level – they must start with why.

Typically Chinese consumers talk about the emotional side of a product, and they are not as interested in abstract product benefits and scientific proof of effectiveness as in the West.

Another difference is that Chinese consumers are not interested in seeing the products framed in a ‘lifestyle’, they want you to just show the product. Ecommerce is a leisure activity in China

Another difference is that ecommerce itself is considered a leisure activity in China. It’s not just easier or cheaper – ecommerce is something the Chinese consumer actually enjoys doing.

Though it’s difficult to nail down exactly why, David suggested that it involves the thrill of getting things in the mail.

Ecommerce, in China, means buying presents for yourself – which is the whole point of the ‘ecommerce holiday’, Singles’ Day.

So products that exploit this feeling will do very well – so packaging, delivery, service are very important to the Chinese consumer. To further capitalize on its platform, Alibaba launched an online ad exchange – Alimama. And because Alibaba’s reach is so vast, Alimama owns the CPM/CPC in China, not other platforms or agencies (or Google!)

Alimama is quite sophisticated though, and can be difficult for novices to use effectively.

So, David’s recommendation is that Western brands should find people who know how to buy local media when starting out in China. Storytelling is very important in China

Finally, in addition to the information-dense product page, Chinese consumers love a story around a product.

So much so that some brands produce ‘microdramas’ which tell a short story around a product. David gave an example from his company that was 30 minutes long – and had over 8m views.

He then said that through extensive testing, they found that the long-form video perform outperforms 30 second ‘viral’ spots.

And, he added, comments about the video are vital to knowing whether you are getting your message through and should be closely reviewed.

China has the potential to be one of the biggest markets for brands – and yet Western brands often waste millions of dollars trying to ‘break into’ China.

After these talks, I can see why. China is very different from the Western markets – and so it takes a radically different marketing approach to be successful.

Hopefully this brief overview of these excellent speakers have given you a head-start – and I’d love to hear any more questions or thoughts in the comments!

Wearables are widely forecast to follow smartphones as the next major technology trend and there has been a huge amount of hype around products like Google Glass and the Apple Watch.

As the technology is still in its infancy the opportunities for marketers have been limited so far, but as always with disruptive technologies it’s those who take risks and act first that will likely reap the biggest rewards. 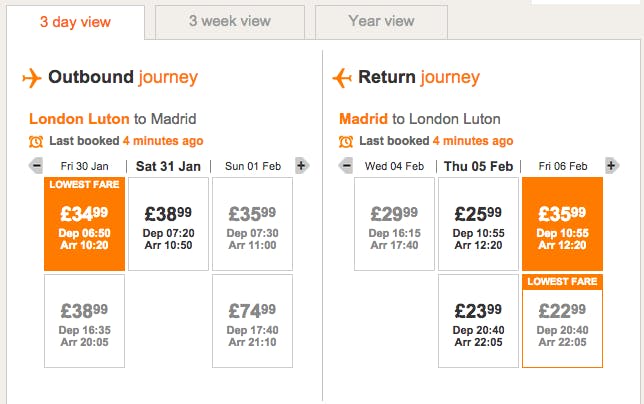 The time between Christmas Day and January is peak holiday booking time, as anyone who saw an ad break on Boxing Day can probably attest.

In fact, a recent report by Hotels.com predicted that traffic to UK booking websites would peak at 8pm on 28 December, a Sunday night which for most people would be their last evening before heading back to work the following day.

It’s that time of year when retailers report on Christmas trading, so I’ve rounded up some of the key ecommerce figures.

Not every retailer had a great Christmas though…