It’ll be a few years before the UK officially leaves the EU, meaning we face a long period of economic uncertainty.

As such, it’s difficult to know how digital businesses should respond at this stage.

However I thought it would be useful to take a matter-of-fact look at some of the main issues we need to consider.

Perhaps the most obvious problem in the short term will be the impact on the value of the pound and how this affects the cost of digital services purchased in dollars.

As Dan Barker pointed out over the weekend:

Similarly, what should businesses do about the EU General Data Protection Regulation (GDPR)?

The new regulation comes into force in 2018, at which point we will likely still be part of the EU.

Businesses will therefore have to work towards making sure they are compliant, even though Brexit may ultimately change the way the law is implemented in the UK.

Organisations collecting and using personal information about citizens in Europe will need to comply, regardless of location.

But it is more than likely that the UK will apply the GDPR anyway, or bring in its own similar law. Either way organisations should continue to prepare for the expected change.

To give a broader view of the issues we need to think about as we drift aimlessly towards Brexit, here are the initial reactions from several other business people and marketers.

London is very proud of its tech startups, but how will this sector be impacted by Brexit?

Matt Phelan, founder of 4Ps Marketing and The Happiness Index, was kind enough to offer his opinion. “Overall I am sad we have left the EU but I am optimistic for the future.

“Last week at Cannes Innovation I had over 50 conversations with entrepreneurs and CEOs from all over the globe ranging from the USA, Canada, China, South Korea, Brazil, Dubai, Switzerland & Norway.

“At no point would any serious business in the EU not work with the people I spoke to in Cannes just because they are not part of the European Union.

“It is important that the referendum isn’t used as a mandate to spread hate.

“Whatever happens over the next few years the UK will continue to be a beacon for creativity, human rights, gender equality, LGBT rights, animal rights, technology development, diversity, academic research and entrepreneurial thinking.

“Entrepreneurs by default don’t see barriers, they only see opportunities.”

My colleagues over at Marketing Week were quick to canvas opinion from several of the UK’s prominent marketers.

On marketers being prepared

“They are not. If you look at how the markets reacted and sterling against other currency markets, no one thought this was really going to happen.

“I don’t believe marketers were prepared for this eventuality.”

On the impact to marketing budgets

“Over the next few years we are in the unknown on how this will affect marketing teams, and marketing budgets.

On the wider economy

“Here is the wonderful thing. We are a digital world, we are all online, we are a global economy. I actually think there will not a huge impact.

“We will continue to see investment in the UK because we are still trading with multiple countries, including in Europe.

“You will continue to see investment in the UK from global companies, this will not change anything.”

Finally, several people I spoke to were too shocked to provide comment, which is understandable.

Stephen Waddington, partner and chief engagement officer at Ketchum, was among those who felt it was too soon to speculate on the economic implications of Brexit. However I’ve included his comments as I feel they quite accurately reflect the general feeling that I’ve encountered in London (cue comments about the ‘London bubble’).

Here’s what he had to say:

“We live in a democracy. The European Referendum decision is painful but it’s done. No one has answers to the implications on borders, investment, markets, trade or jobs.

“We’re also going to need time to find solutions to the pain of a country that’s deeply divided along lines of age, politics, nations and regions.” 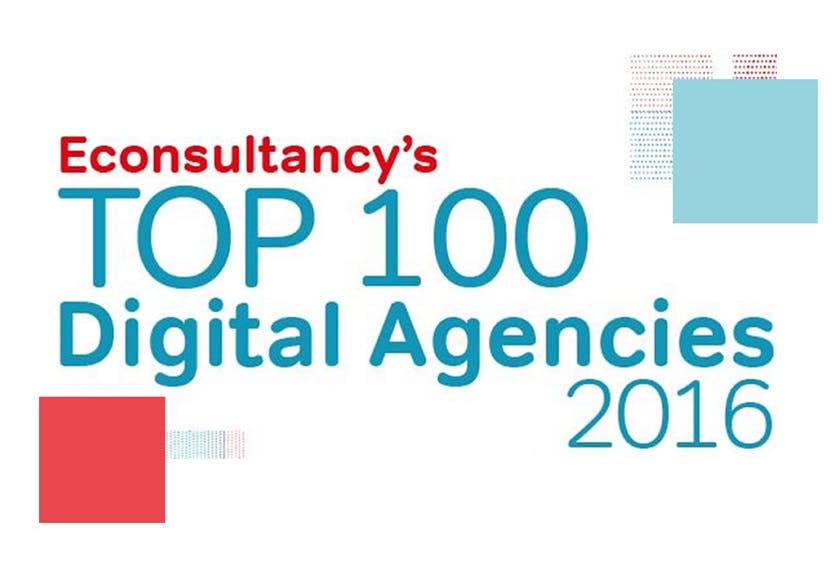 A report which, by its nature, features the largest, most established and successful digital agencies in the UK, the Top 100 also features a number of the little guys.

These upstarts are potentially destined to be vying for the ranking’s top spots in the years to come.

For tech enthusiasts and professionals, all eyes were on Apple’s annual WWDC event yesterday.

For many, the hope was to see Apple’s developments in AI, home automation and the advancement of Siri.

The deadline for entry to The Masters of Marketing Awards is this Friday (June 17th).

Here’s why you should enter.