The ONS reported that November 2018 saw online sales as a proportion of all retailing exceeding 20% for the first time.

The results were not quite as rosy on the high street, as in-store retail spending reportedly dropped 7% compared to 2017, despite beating analyst expectations. Barclaycard also announced that overall spending was down 12% on the previous year, despite 10% more transactions being made overall.

The general consensus in 2018 seemed to be that consumers were increasingly abandoning brick-and-mortar retailers in search of bargains online, as well as being slightly more cautious (and sceptical) about splurging on high-end and big ticket purchases.

Amid Brexit gloom, and on the back of even further retail closures, what will 2019 bring? Here’s a run-down of how some retailers appear to be approaching Black Friday, as well as the tactics that could help to capture consumer interest.

Doubling down on discounts

Despite record-breaking online sales in 2018, not all ecommerce retailers generated the level of success they expected. Asos chief exec Nick Beighton called its Black Friday performance last year ‘disappointing’, with the company already having admitted last year to setting prices too high during the sale.

The online retailer saw a 68% drop in pre-tax profits in the year to 31st August 2019, reportedly due to operational difficulties after expansion in Europe and the US. But, Asos avoided a profit warning in October, announcing recruitment for new roles such as chief growth officer and that it is to ‘scale up’ on this year’s Black Friday activity. Presumably this means offering consumers more than the 20% blanket discount it did in 2018, as well as doubling down on promotional and marketing efforts.

Indeed, the announcement itself is a first step to inciting excitement in consumers – a factor that could be of increased importance this year. This is because Black Friday lands on payday in the UK (for the majority of people), meaning that consumers could be willing to spend more. This knowledge could also spur on consumers to plan ahead, and look to the retailers who announce their sales early.

According to Elliott Jacobs, EMEA Commerce Consulting Director at LiveArea: “Asos’s move is designed to get consumers thinking about the items they want. Announcing sales early encourages them to save products to shopping cart and prime them for deals to drop ahead of competition. While Black Friday will remain a day of discounts, we can expect retailers to start making noise about the event earlier than ever.”

Interestingly, following an Asos profit warning in late 2018, rival retailer Boohoo’s share price tumbled 10%. This led Boohoo to release a statement reassuring investors that “record Black Friday sales across the group” means that it continues to trade “comfortably in line with market expectations”.

This highlights the extent to which consumer confidence has been knocked, with retailers perhaps rightly fearing what might follow on from last year’s slowest ever November growth. Boohoo’s 2018 announcement perhaps suggested that online retailers are concerned that this misfortune could infiltrate online retail – particularly in light of Asos’ 2019 thus far.

However, this seems unlikely considering Boohoo’s continued success. The online retailer announced that its revenue had surpassed £1 billion over a 12 month period, with sales rising 43% to reach £564.9million in the six months to the end of August 2019.

Boohoo is known for giving its (typically younger) consumers what they want; accessible and on-trend fashion at low cost. Its social media and influencer-led strategy encourages consumers to regularly update their wardrobe. Indeed, Boohoo is particularly shrewd in how it creates a sense of urgency, regularly putting on flash sales and seasonal discounts. The online retailer has previously been criticised for this, with consumers arguing that it deliberately creates a false sense of urgency about sales ending (when they are actually promoted long-term).

Having said that, any controversy surrounding Boohoo seems to be shrugged off, as the retailer continues to draw in consumers with its no-holds-barred approach to fast and affordable fashion.

Boohoo’s Black Friday landing page is a prime example of how it does this. The page doesn’t yet provide any concrete detail about the discounts to come, but crucially, it includes an email sign-up form with the promise of updates on the best deals as they happen. In comparison, Asos’ Black Friday page generates less urgency and excitement, despite its early announcement. 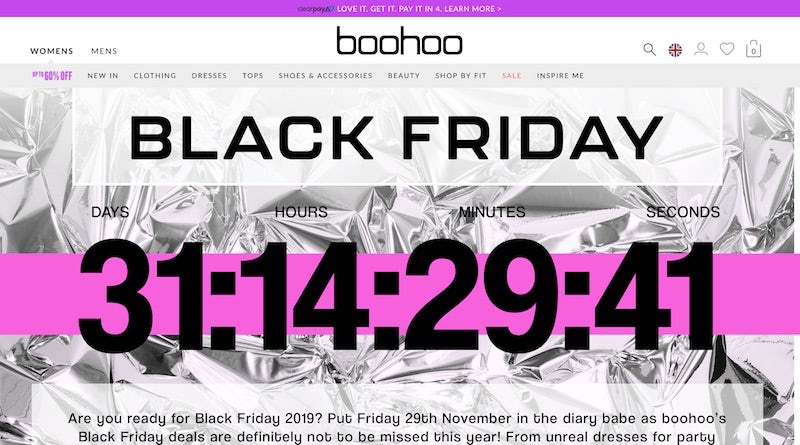 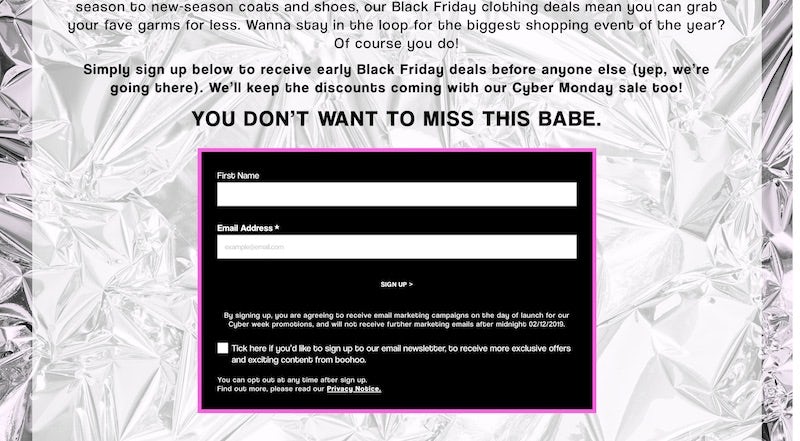 A ‘why wait?’ mentality

Asos and Boohoo are not the only retailers attempting to build anticipation for Black Friday. Others are going one step further and actually releasing deals before 19th November, with some starting as early as this month.

TK Maxx is just one example, with reports suggesting that it is to launch deals on the 20th October and continue all the way through to Black Friday weekend. Argos is also poised to launch deals two weeks before the event.

Although this might seem like an overblown tactic, it is also a way to reduce pressure on the day itself and to stagger sales more consistently over the entire month. It also aligns with the ‘why wait?’ mentality, as retailers aim to encourage consumers to continuously spend throughout the year rather than limit themselves to one weekend.

According to Manu Tyagi, Associate Partner for Retail and Consumer Goods at Infosys Consulting, this tactic could also entice customers who have been previously had bad experiences with Black Friday. She explains: “‘Why wait?’ prices are offered to shoppers with a guarantee that if the price drops further on Black Friday, shoppers will be eligible for a refund. This is a great way to win over consumers who have experienced technical glitches on Black Friday before, and therefore don’t mind placing orders early – especially if it comes with a price guarantee.”

With many retailers previously suffering from technology failures due to Black Friday overload, encouraging consumers to buy early could also reduce pressure for IT teams.

According to analysis from Pi Datametrics, the majority of websites with the biggest share of voice on Black Friday 2018 were publishers. Interestingly, the Telegraph and TechRadar generated more visibility on the day itself than Amazon.co.uk. Pi Datametrics states that these publishers dominated “with fresh and engaging content, showcasing the best deals.”

As a result, the report suggests that retailers should only advertise with the most visible publishers, doing so as early as possible in order to capture interest from consumers doing research into the best deals. Alternatively, retailers should also plan marketing (in the form of press releases or ads) to be released during ‘peak purchase’, in order to prevent other press relating to Black Friday suddenly overtaking visibility share.

Partnerships between retailers and publishers are becoming more common, and can potentially lead to big gains for both. Digiday reports how a deal between Buzzfeed and Walmart, involving deals for cookware and Google Home, generated multiple revenue streams.

With search interest in Black Friday remaining ever-strong, it is up to online retailers to ensure they are well-prepared and well-equipped to deal with demand. 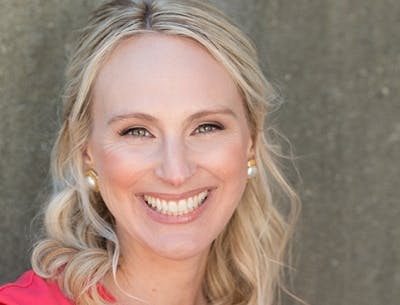 Latane Conant is CMO of ABM platform 6sense. We caught up with her to find out more about the way she works, and how 6sense is working to change B2B marketing. Read on for Latane’s thoughts on skills, tools and metrics, as well as advice for anyone running a marketing team. Please describe your job: […]