So, what are the opportunities for brands and consumers alike? Here’s more on the changes presented by voice technology now and in the near future.

Let’s start with the basic premise of why consumers are willing to choose voice search over text-based queries. One of the most obvious reasons is that it mimics natural behaviour. Unlike picking up a smartphone and typing in a question, talking is a much more instinctual and casual thing to do.

It also means potential communication between a brand and consumer is more intimate, which gives brands a greater opportunity to match a query with a highly relevant and valuable answer.

This also due to the fact that voice search typically shows greater intent. For example, if a user searches via text using one or a set of keywords – e.g. window cleaner – Google will not be able to decipher whether the user wants a product or service. In contrast, searching via voice naturally prompts the user to flesh out their query to show intent, e.g. “show me window cleaners in my area” or “how to clean windows”.

That being said, this also leads to the greater danger of user disappointment, as a (for now) screen-less interface means search results must be narrowed down to a single (and potentially irrelevant result). In this case, it is vital for marketers to cut down on the waffle in order to meet the searchers needs.

Most popular skills are utility-based

So, what are consumers using voice technology for exactly? According to Google, the majority of users turn to devices like Amazon Echo in order to multitask. For example, asking Alexa to play music while they’re busy doing something else like cooking or cleaning. Another prominent type of user behaviour is to instantly get answers and information – again without the need to use their hands or focus on a single task at one time.

Many brands have responded to this by creating a service or skill that solves a specific need. For example, Domino’s Pizza has developed a skill so that customers can order pizza via voice. PayPal has also created one which offers voice-activated payments, and Whirlpool’s skill responds to voice requests to adjust settings or processes on cookers and other appliances. 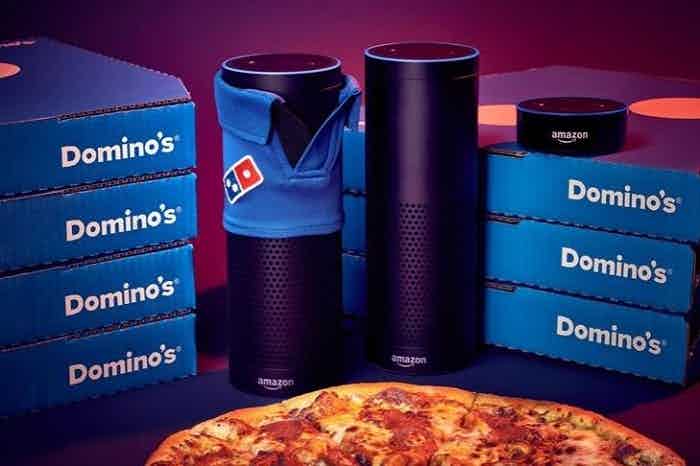 In this sense, the growing role of voice technology in our lives means that traditional search advertising could be challenged. Voice-based recommendations may grow, with consumers only responding to brands that promote their products or services at the right time – i.e. at the point of user-need.

It’s recently been reported that Amazon is in talks with a number of big brands to deliver this new type of advertising. The result would be brands like P&G or Clorox potentially paying for higher placement on certain products or categories when requested via Alexa, or recommending products based on customer data, e.g. “you bought …, you might like this”.

Alongside what people buy, voice technology looks set to also impact how consumers shop online. This is because – without screens – consumers won’t need to use different channels or interfaces in order to make a purchase. So, instead of apps, websites, and mobile responsive checkouts – brands will focus on creating a single interface so that consumers can do it all in one go, simply by using their voice.

This already exists for Amazon customers, who can order anything via Alexa. The next step could be Amazon suggesting repurchasing products based on data, e.g. calculating that you are about to run out or haven’t bought a regular purchase in a while. 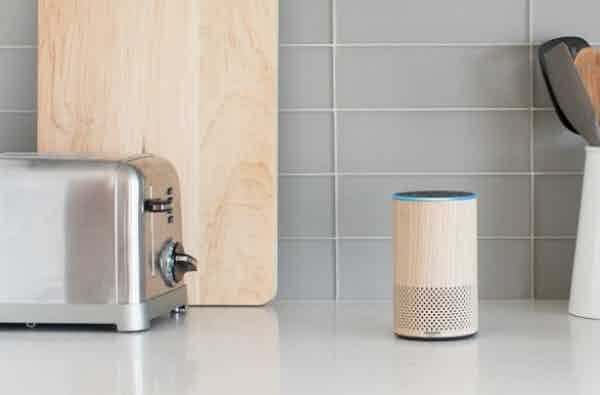 Will it lead to bias?

When you ask Alexa to buy an item, like toothpaste for example, Amazon responds with two suggestions rather than the long list you would usually get via regular search. Amazon typically chooses products that come under its ‘Choice’ umbrella, which is determined by a number of factors including Prime eligibility and customer reviews.

As a result of this, it’s been suggested that Amazon could potentially show unfair bias, even deliberately responding with products that are more expensive.

This hasn’t been proven, yet it poses an interesting question about how Amazon’s dominance (a reported 70% of the market share) could change the current landscape for brands – where voice performance takes precedence over SEO rankings. Even worse, meaning smaller or lesser-known brands could find it difficult to break through, with Amazon favouring brands or products that are available on its Prime service.

We’ve already seen Alexa users get preferential treatment on Amazon Prime Day, showing that the brand is clearly intent on driving adoption and loyalty to the technology.

Prime day starts July 11, but Alexa deals are available now! Save up to 40% on Alexa Deals: https://t.co/Jl25af1i7U pic.twitter.com/qFl13hQxO7

It’s also been suggested that the growing adoption of voice technology among consumers could mean that we see a ‘brandless’ future.

In other words, people won’t consider the connection they feel with brands when it comes to the products they purchase – only convenience or whether a brand is ‘top of mind’.

Regardless of whether or not this comes to frution, for the time being at least this is likely to give brands greater impetus to create a better customer experience – one that is highly relevant and hyper-personalised.

On the other hand then, in contrast to the ‘brand-less’ argument, you could suggest that developments in technology will create a level playing field for brands, whereby CX will once and for all overtake other factors such as social media presence or general marketing. 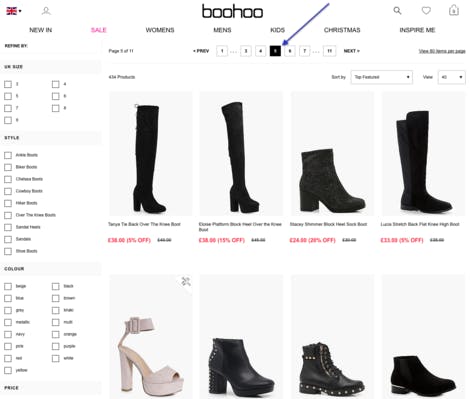 For many, pagination is a typically forgotten page element, an afterthought, or something not taken seriously when constructing the page layout for product listing pages. 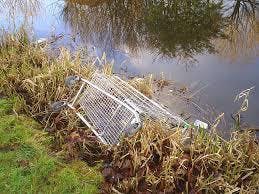 Buyers abandon carts. It’s normal. In fact, about three of every four retail shoppers simply leave their items behind in their online cart.

To understand how to deal with this, you really need to get inside your customers’ heads. The key to getting them back is understanding why they left.