Influencers are more integral to the digital marketing strategies of big brands than ever before. This has been driven by a rise in social media usage since the Covid pandemic and the fact that consumers are increasingly using social channels to discover and buy products.

With social influence growing, how is the industry evolving? Here’s a look at three current marketing trends and their impact on the influencer industry.

Authenticity is now the number one attribute that US adults want to see more of from brands, above other factors such as social responsibility or value for money, according to a 2021 survey by R.R. Donnelley & Sons. Of course, authenticity has always been a key part of influencer marketing, with the most successful creators building their audiences based on genuine recommendations and opinion.

As creator management platform GRIN states in its “State of Influencer Marketing 2022” report: “For partnerships to succeed, a creator must know the brand, use their products, and truly believe in both. Consumers can smell a fake endorsement from a mile away. And when they do, they’ve already lost.”

The push for authenticity has also been driven by wider opinion about the harm that social media (or more specifically, the highly edited and filtered version of it) can expose young people to. Consequently, the ASA has banned “misleading filters” on beauty ads, which relates to any filter that enhances or exaggerates the effect or a product or procedure. UK conservative MP Dr. Luke Evans has proposed the Digitally Altered Body Image Bill, which if passed, will require influencers to flag when their face or body has been edited or altered in any way.

The wider industry is starting to show stronger support, too. Ogilvy UK has backed Evans’ bill, and has recently made its own pledge to refuse to work with any influencers that routinely retouch their appearance. The agency will use technology to detect if images have been edited in this way, with hopes that other agencies will follow suit.

With regular users on social increasingly seeking out authenticity, we have seen creators find greater success on platforms such as TikTok (compared to Instagram) – where unfiltered, raw, and often unpolished content is among the most popular.

This demand has led to the rise of BeReal – a new app that markets itself as the antithesis of Facebook and Instagram. Users are given a two-minute window to take two photos, from the front and rear camera, and upload it to BeReal. The premise is that there’s no time to stage or pose – the content must be candid.

The app has gained popularity on US college campuses, but recent media coverage has led to further interest. According to figures cited by TechCrunch, BeReal has seen 7.67 million downloads in the year-to-date, perhaps signalling a significant shift towards a more authentic, collegiate and “unfiltered” social media.

Meta-influencers and creators in the digital realm

Elsewhere in marketing, the metaverse is also having an impact, whatever its reality. While it might be considered a buzzword or overhyped by some, Facebook’s rebrand to Meta has undoubtedly spurred on a flurry of interest in the space, with brands and influencers experimenting in campaigns designed for a new interactive realm.

This has mostly involved brands creating digital goods that can be bought or traded in various spaces. For example, the likes of Gucci have launched digital items for sale on Roblox, while Balenciaga has enabled Fortnite players to purchase digital outfits within the game. Meanwhile, metaverse platform Decentraland launched its very own fashion week in March, which saw a number of brands create digital fashion that can be bought and worn as NFTs.

So, what does this mean for creators? Simply put, it means more opportunities, both to establish their own presence in the metaverse and forge connections with brands that want to target consumers there. At the same time, however, there’s scope for new competition from new virtual influencers, or avatars (that are designed to look and appear like real-life folk).

This is not a brand-new concept – Lil’ Miquela, who now has three million Instagram followers, was one of the first virtual influencers of note. Now, however, we are seeing brands create their own influencers specifically for the metaverse, with this opportunity enabling them to demonstrate greater control over influencer marketing, and to create digital avatars that uniquely represent their brand or product. In 2021, for example, Prada re-launched ‘Candy’, a virtual model, as the face of its new fragrance. Described by Prada as an “invitation to rethink reality”, Candy is Prada’s attempt to connect with a younger generation on platforms like TikTok and Twitch, as well as to create an influencer that can easily cross over to other digital channels.

In the future, we could also see real-life influencers create digital versions or avatars of themselves, too. High-profile names have already done this – Justin Bieber teamed up with virtual entertainment company Wave last year for an interactive stage concert, which saw Bieber control his digital avatar by wearing a motion-capture suit. With interest growing in the metaverse, it’s certainly a new opportunity for influencers (and brands) to explore.

The growing power of Pinterest as a creator-led shopping platform

Influencer marketing is typically geared around platforms like Instagram or TikTok, where shared content can easily go viral on app feeds. On Pinterest, which focuses more on discovery (and people searching for specific ideas or categories), building an ‘audience’ as such is much harder.

However, one shift that could see more influencers building a presence on Pinterest is its growing power as a shopping platform, spurred on by newly released creator and commerce features. Its AR Try On tool is now available for home and beauty products, encouraging shopping on the platform by enabling users to ‘try before they buy’.

Pinterest also introduced its live shopping tool, Pinterest TV, in November 2021, which as it describes, is “a series of live, original and shoppable episodes featuring creators.” The idea is that creators that have an interest or level of expertise in a niche category, ranging from knitting to cooking, can directly interact with an audience on Pinterest through interactive live video – something we have not seen from the platform before now.

More recently, Pinterest has also been working on putting creator content front-and-centre, redesigning its home feed to offer users the option to browse or watch content relevant to their tastes or preferences. The curation platform has also debuted ‘Takes’, which is a way for users to directly respond to creator content with their own ‘Idea Pins’ (its new multi-page video format). The feature is similar to TikTok’s ‘stitch’ tool, but instead of replies or reactions, it directly encourages users to re-create what the creator is doing in the video in order for them to interact and to unite in a shared passion.

Finally, with Pinterest rolling out its first-ever in-product monetisation program in the form of ‘Creators Rewards’ – offering creators tips, insights, and even grants – it’s clear that the platform is intent on further competing with TikTok, and creating a new home for influencers. 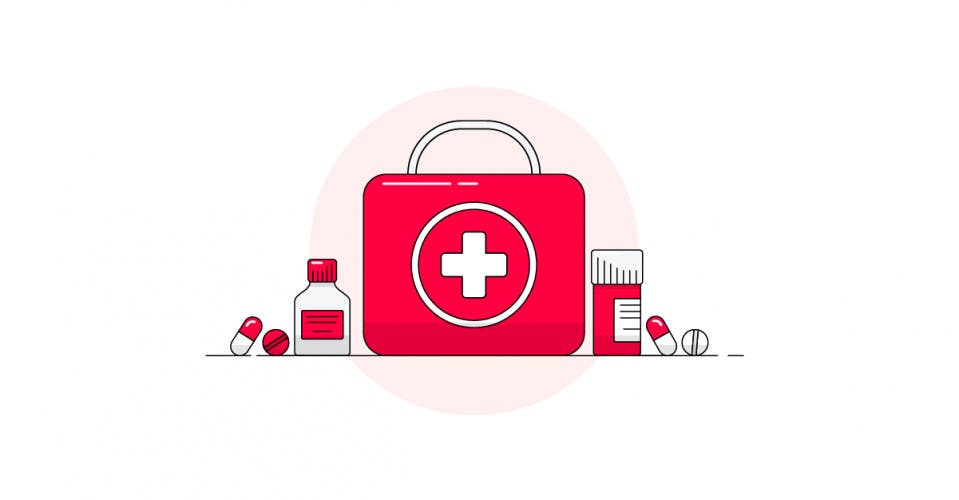 The pharma industry is increasingly embracing social media as a tool for influence – a term we are used to hearing in the context of fashion, beauty, or sport. But now, with the rise of new social media platforms like TikTok – where users are increasingly seeking out health-related advice in a more informal or […]