Amazon is part of daily life for millions of consumers, especially the tens of millions of households who subscribe to Amazon Prime. But soon, Amazon might quite literally become the nerve center of many of their homes thanks to a new delivery service called Amazon Key.

Initially available in 37 US cities, here’s how it works.

Amazon Prime members in one of the cities where Amazon Key is available install an Amazon Key-compatible smart lock and Amazon’s new Cloud Cam security camera. When checking out, customers select in-home delivery and Amazon will give the delivery driver access to their home so that their packages can be placed inside the customers’ homes.

To allay concerns about safety, Amazon says it “verifies that the correct driver is at the right address, at the intended time, through an encrypted authentication process,” and gives customers the ability to watch deliveries live over the web or to review a photo of the delivery after the fact.

According to Peter Larsen, Amazon’s VP of Delivery Technology, “Amazon Key gives customers peace of mind knowing their orders have been safely delivered to their homes and are waiting for them when they walk through their doors.”

The smart lock and Amazon Cloud Cam that make this in-home delivery service possible are sold in an Amazon Key In-Home Kit which starts at $249.99. Customers can install the equipment themselves or have it installed professionally at no cost. In-home deliveries don’t carry any extra costs.

In addition to allowing Amazon to make in-home deliveries, the Amazon Key smartphone app can be used to set up and manage keyless access for family and friends.

Amazon Key has also been integrated with Amazon Home Services, which matches customers to house cleaners, handymen and equipment assemblers, giving customers the ability to let service providers into their homes, and monitor their activities, without being present. Finally, Amazon is partnering with third-party service providers like ServiceMaster, the parent company of Merry Maids, and pet sitter marketplace Rover.com, so that their service providers can use Amazon Key.

Amazon Key is just the latest offering by the retail giant that aims to firmly ensconce it in the lives and homes of consumers. For example, Amazon has already established itself as the leader in the booming voice assistant market with Alexa-powered devices like the Echo and Echo Dot.

But Amazon Key, which, not surprisingly, plays nicely with Alexa devices, looks to be the most audacious offering yet. After all, with Amazon Key, customers aren’t just putting an Amazon device in their homes; they’re physically letting Amazon take over their homes in the most fundamental way possible: access.

While the security and privacy concerns raised by Amazon Key are bound to be hotly debated, if Amazon Key is successful, look out: Amazon will be well on its way to truly owning the home.

One of the key roles of brand marketers these days is to select and work with agency partners.

Yet how best to manage agency relationships is seldom discussed, leaving most client-side marketers to figure it out for themselves. 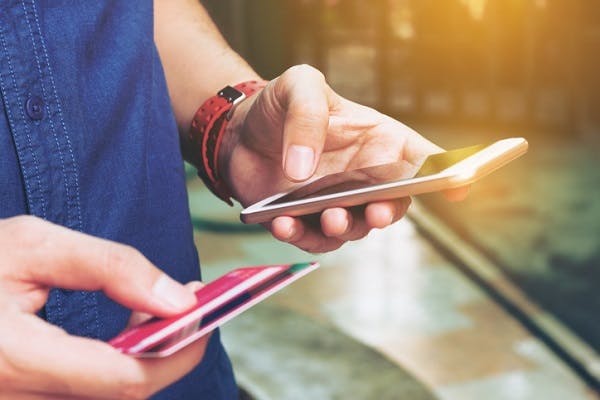