Many if not most in the world of advertising would either agree with this statement or find it hard to dispute it. But what if the widely accepted beliefs about digital advertising’s efficacy are dubious?

It’s a question worth asking in light of a recent article published by The Correspondent, which has sparked considerable discussion and debate.

The article details research conducted by economists who have worked at companies including Google, Facebook, Yahoo, eBay and Netflix which suggests that the “selection effect” is responsible for the seemingly extraordinary ROIs delivered by digital advertising:

Put simply, companies are attributing to advertising what likely would have occurred anyway. Using an analogy from the article, there’s a person handing out coupons for discounted pizza in the restaurant itself and advertisers are crediting those coupons for sales even though it’s obvious this conclusion is flawed.

What’s more, it appears that the selection effect is being magnified by the algorithms that digital advertising giants have developed:

Consider the following: if Amazon buys clicks from Facebook and Google, the advertising platforms’ algorithms will seek out Amazon clickers. And who is most likely to click on Amazon? Presumably Amazon’s regular customers. In that case the algorithms are generating clicks, but not necessarily extra clicks.

Advertising platforms are not the only ones susceptible to this flawed way of thinking. Advertisers make the same error. They’re targeting personalised ads at an audience that is already very likely to buy their product. You watch a Renault commercial, and then your screen is taken over by Twingos. You put a dress in an online shopping basket, then it’s stalking you across the internet. You liked World of Warcraft, and now your timeline is full of Larp events (“OrcFest 2019: bring your battle axe!”).

Just how big is the selection effect? According to experiments conducted by economists at Facebook, the results of which were published in the journal Marketing Science, selection effects can be anywhere from 10 to 50 times more powerful than advertising effects.

If this is the case, it begs the question: how do advertisers, who aren’t running controlled experiments with every ad campaign, really know what the ROI of their campaigns is?

According to Randall Lewis, an MIT economics PhD who has worked for Yahoo, Google and Netflix, the answer is as disturbing as it is simple: “basically they don’t know.”

Is there anything advertisers can do?

The fact that some of the brightest, most qualified minds in the industry are admitting that digital advertising’s supposed efficacy is more myth than reality isn’t likely to dent advertisers’ faith in digital ads. But savvy advertisers might rethink their approach to digital channels.

While this author is no scientist or economist, it would seem that there are potentially a few ways advertisers can mitigate against overestimating ROI due to selection effects:

Think twice about investing heavily in paid campaigns that are focused on brand keywords. Instead, focus on generic terms that relate to the product or service being offered, which might increase the probability of reaching new customers who are searching for a solution as opposed to existing customers who are searching for what they already know.

While some suggest that advertisers are forced by Google to buy ads related to their trademarked terms to protect against competitors doing the same, it’s also possible that their poaching campaigns aren’t doing as much for competitors as they think they are.

Be wary of paid social campaigns as these frequently target consumers who have already interacted with the brand. Social platforms limit organic reach, so it is very difficult to determine the advertising effect versus selection effect.

Be especially careful when calculating the ROI associated with paid retargeting campaigns. Retargeting is based on past interactions with customers or potential customers, so it seems to be fundamentally exposed to selection effects.

Of course, it’s not realistic for advertisers to completely avoid selection effects. Instead, they should recognize their existence and accept that even if they can’t quantify them accurately for every campaign, assume that selection effects can be significant in digital advertising channels. Armed with this knowledge, advertisers can apply a healthy dose of skepticism to digital campaigns with returns that look a little too good to be true. 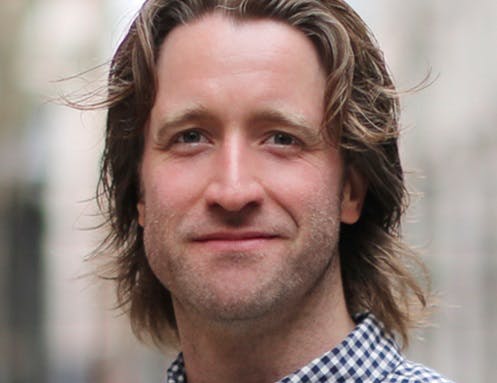 Alex Wright is the Head of Insight at location data and intelligence specialist Blis.