In 2014, the Malaysian government launched a programme which encouraged merchants to offer special deals over a limited period. Attempting to imitate the success of Singles’ Day (China) and Cyber Monday (US), Malaysia’s version, dubbed #MYCybersale, is now in its fifth year.

The event is now run by a private consortium, National ICT Association of Malaysia (PIKOM), and recently ran from September 7th to 9th, 2018 (though it was subsequently extended to September 11th). The event has been heralded a success as the total gross merchandise volume (GMV) exceeding targets every year.

Yet, with so many other similar internet ‘sales’ out there, it’s worthwhile for brands and other companies to have a look at the figures to see how they should participate in the future.

As the event is sponsored by a Malaysian organisation PIKOM, companies must be registered in Malaysia and report revenues in Malaysian Ringgit (RM). Companies which participate in the event then advertise that they offer lower prices on certain goods for a limited period.

To encourage consumers to shop during the period, PIKOM offers a number of ‘lucky draw’ or lottery prizes for consumers who spend more than RM50 (US$12) at participating sites.

The draw for merchants, then, is that in return for short-term lower prices, they should have more customers because of the lottery prizes.

Perhaps the first thing which merchants should look at when considering whether to participate is how well the event has performed in the past.

According to self-reported data, #MYCybersale has been a success in previous years, but to see just how successful it’s worthwhile looking at the ecommerce industry in Malaysia as a whole.

Statista reports that companies in Malaysia had about RM10.4 billion (US$2.4 billion) in the whole of 2017. This means that merchants transact, on average, about RM29 million (US$7m) per day. 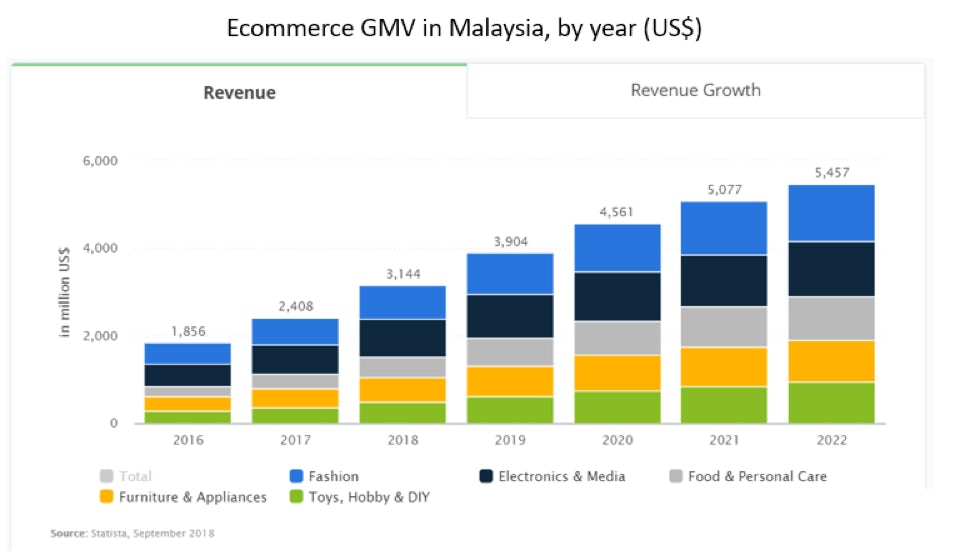 During the five days of #MYCybersale in 2017, PIKOM reports that participating merchants took in around RM60 million (US$14.4m) per day. This is more than double of what would be expected for the whole country, participating and non-participating firms combined.

PIKOM expected that #MYCybersale 2018 would do even better than the 2017 event, drawing RM370 million over the 5-day period. Participating merchants then should, in theory, expect to at least double revenue by participating in the event. If true, then participation should be quite attractive for ecommerce firms.

Another aspect of the event which merchants interested in participating should consider is the prizes on offer for shoppers. The total dollar amount of what is on offer needs to be compared with the expected participation numbers so that merchants can assess whether the potential to win will attract new customers.

Glancing at the prize list, the biggest prize is a Samsung Galaxy 9 which retails for around US$1,000 in the country – and the event is offering three of these. Additional prizes, including a vacuum cleaner, air fryer, and other household goods, retail for around US$100-$200 and are less attractive.

It’s difficult to put a firm dollar amount on the total prize offering, but in total the event offers around US$10,000 in total prizes. This could be too small for to make much of an impact with consumers as for the event to hit its target of RM370 million in sales, there would need to be a few million purchases of RM50 or more. This would result in a lot of lottery entrants for a relatively small prize pool.

The final thing to consider would be how well the event was promoted. Additional, ‘free’ advertising would make the proposition of offering deep discounts more attractive for merchants.

While it does not seem that the event organizers promoted individual merchants, there was an interesting offer for advertising credits with wifi hotspot providers y5zone and CapFiX for participating merchants.

Additionally, companies with discounts were permitted to use the #MYCybersale logo in their promotions which, through a cursory glance through social media, appeared quite popular with participating merchants.

So how did it go this year?

PIKOM has not yet reported whether it reached its targets, but, interestingly, the event organizers extended the promotion for four days during the event. This may indicate that merchants wanted to maintain promotions for longer or, alternatively, that revenue targets were not yet hit.

Regardless, participating merchants did genuinely discount their prices. By looking at a few offers which were promoted on social media and comparing the prices after the event was over, it was clear that #MYCybersale did encourage vendors to reduce prices significantly during the event.

For example, book xcess offered a popular novel, “PS, I Love YOU”, for RM12.90 during #MYCybersale and, following the event, listed the same book for RM17.90 meaning that the book was discounted by 28% during the event.

Other merchants had similar offers, though many included product bundles instead of one-off discounts.

So, should companies participate in #MYCybersale?

#MYCybersale is a sincere effort by PIKOM to boost ecommerce spending in Malaysia by providing a reasonably attractive incentive for consumers to shop during the event. Merchants, too, appear to be genuinely participating and, if previous revenue figures are considered, they have benefitted from sales which they would not have received otherwise.

Prize values, however, seem to be somewhat small considering the event’s goal. In order to hit revenue targets of RM370m, several million participants would be chasing after prizes only worth around a few thousand dollars in total.

Overall, though, it is likely that the coordinated promotion of the event among many merchants alongside actual discounts will encourage consumers to buy more during the event and make purchases that they would not have made without it.

For this reason, companies should look to participate in #MYCybersale in the future to both increase their own businesses and spur on ecommerce growth in Malaysia, too. 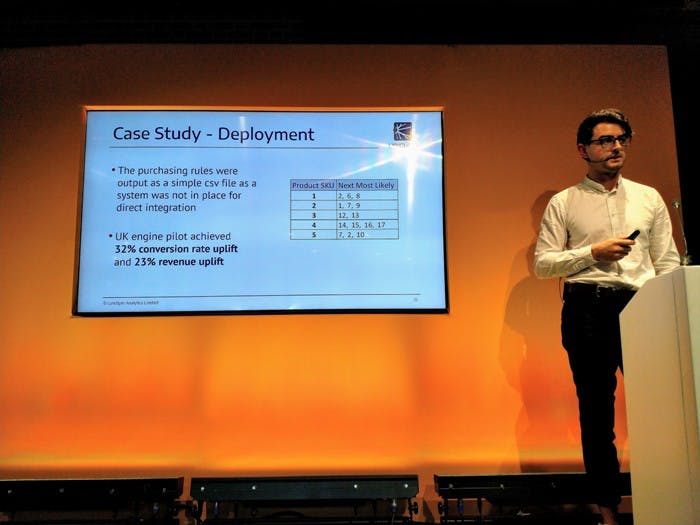 “What is personalisation?” Nick Mottershead, Data Scientist at Lynchpin Analytics, began his presentation at Festival of Marketing Day Two by answering this fundamental question.