As detailed by Digiday’s Yuyu Chen, a growing number of brands are looking to micro-influencers, social media users without massive followings but who might be able to deliver better results with the right strategy.

According to Markerly, provider of an influencer management platform, Instagram users with fewer followers have a higher Like and comment rate than those with a greater number of followers.

The company suggests that Instagram users with 10,000 to 100,000 followers – users Chen dubs “micro-influencers” – frequently offer the best balance between reach, engagement and conversions. Markerly describes how a campaign involving a few dozen micro-influencers can deliver better results than a campaign that relies on some of the most prominent social media influencers:

Sarah Ware, CEO and co-founder of Markerly, said that when her company engaged with the Jenner and Kardashian sisters on Instagram on behalf of a weight-loss tea company, the celebrities helped bring hundreds of conversions. Which was nice.

But by activating 30 to 40 “micro-influencers,” the brand was able to convert at an even higher level.

Part of the reason for this, Ware suggests, is that it’s easier for brands to target the right users by tapping microinfluencers.

After all, the most popular influencers may offer alluring reach, but brands targeting specific audiences are likely to find that a significant number of their followers aren’t members of those target groups.

This means their increasingly costly campaigns come with a lot of wasted influence.

So will influencer marketing evolve to propel the fortunes of micro-influencers?

There are several reasons brands probably won’t completely abandon the Kardashians of social media just yet.

The long-term value of association

The first is that influence comes from association, and association can create long-term value.

When brands associate themselves with social media stars, the benefits aren’t always short-lived and can’t be measured solely by immediate conversions.

This is particularly true when brands forge true partnerships with influencers and develop co-created content.

While not all social media stars have real celebrity sway, close, long-term relationships with the most powerful of influencers have the potential to create associations that pay dividends beyond a short-term campaign.

The effect of algorithms

Another challenge for brands looking to use micro-influencers is the rise of algorithms.

Instagram recently shook up its feed with an algorithm and while it remains to be seen just how much of an impact this will have and how it will evolve over time, it’s logical to expect that the most popular users might come out ahead more often than not.

For obvious reasons, this complicates matters for marketers as they track and manage their campaigns.

Even so, that doesn’t mean that micro-influencers are the future of influencer marketing.

Given the value of real partnerships, the impact of algorithms and the power of compelling co-created content, there will probably be a place for a variety of different kinds of influencer campaigns in future.

And savvy marketers will take advantage of them all as and where appropriate.

For more on this, read: Why restaurants need a hyper-local influencer marketing strategy.

Last week, I looked at how the the Democratic presidential candidates are using social media to bolster their campaigns.

Here’s how he has been using social media.

What’s even more satisfying than the first bite of a burger?

Remembering to take a photograph beforehand of course. 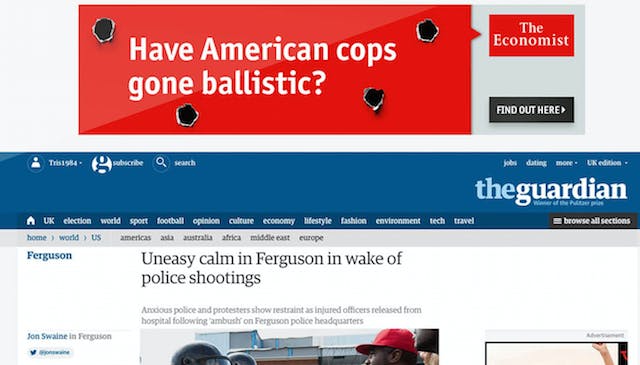 Entries are now open for this year’s Masters of Marketing Awards, presented at the Festival of Marketing in October.

There are many categories but I thought I’d highlight the Programmatic & Performance Marketing award by looking at last year’s winner and a few other notable campaigns.