But is the appearance of progress little more than a mirage?

A recent study conducted by Adobe paints a bleak picture. As detailed by the Wall Street Journal, the study, which looked at traffic across thousands of its client sites, found that a whopping 28% of the traffic displayed strong “non-human signals” suggesting that it was the product of bots or click farms.

As Bob Hoffman of the Ad Contrarian suggests, “Using Adobe’s 28% number and projecting this out over $237 billion in estimated online ad spending this year…I calculate that online ad fraud may reach $66 billion in 2018.”

While the size of that number is so massive as to be unbelievable, Hoffman does make the point that numerous ad fraud experts believe the ANA’s numbers dramatically underestimate the amount of money being lost to ad fraud. As ad fraud expert Dr. Augustine Fou, the former Chief Digital Officer of Omnicom’s Healthcare Consultancy Group, has stated, “No matter what you are hearing or reading about digital ad fraud, I can assure you it’s actually worse than you think.”

Confirmation that the ad fraud problem is getting worse, not better, comes in the form of a recent report published by AppsFlyer, a mobile marketing analytics platform. It found that marketers were exposed to $700m to $800m in mobile app ad fraud losses in the first quarter of the year, a 30% year-over-year increase. Advertisers of shopping apps took a particularly harsh beating, with AppsFlyer estimating that they lost $275m to mobile app ad fraud.

AppsFlyer says that fraudulent app installs now account for 11.5% of all ad-driven installs and 22% of apps now have over 10% fraudulent installs. 30% of these installs are produced by bots, which they say have replaced device farms as the most popular vector for ad fraud.

AppsFlyer’s findings highlight one of the biggest challenges in combating ad fraud: the fraudsters don’t give up when the industry cracks down on a particular fraud method. Instead, they evolve their attacks, forcing the industry to play whack-a-mole.

Will that game ever end? Initiatives like Ads.txt suggest that gains against ad fraud are possible. But Ads.txt is far from perfect and it’s not yet clear how much of a financial impact it will have on actual losses.

There are also actions advertisers can take to minimize their exposure to ad fraud. Some advertiser have significantly cut back on the number of properties they advertise on. JPMorgan Chase, for example, last year reduced the number of sites it advertises on from more than 400,000 to 5,000 without any apparent negative effect. To accomplish this, it first eliminated sites that produced no activity beyond impressions, which reduced the number of sites to 12,000. It then manually reviewed the remaining sites.

Is acceptance the answer?

But ultimately, the size of the market and the strong incentives that exist for bad actors will make it hard for the industry to completely eliminate fraud. With that in mind, it’s worth considering that the most realistic method for dealing with ad fraud is to simply factor it into ad rates.

Advertisers already do this to some extent, of course. For example, they routinely pay more for ads from premium publishers than non-premium publishers. But as the recent Newsweek Media Group scandal demonstrated, even well-known publishers seen as being legitimate are capable of engaging in questionable practices if not fraud.

This suggests that different techniques will be required. Technology like that Adobe used to detect non-human traffic could prove valuable here as it would allow advertisers to better assess the quality of traffic from a given source and adjust ad spend accordingly based on quality.

While not perfect, an approach that accepts ad fraud instead of fighting it head-on might prove to be more practical and effective in light of the fact that despite the industry’s efforts, the problem appears to be getting worse.

For more on this topic, why not try Econsultancy’s Introduction to Programmatic training course.

Data from an annual study carried out by Kantar Millward Brown proves the strong relationship between the trust in a brand (in this case measured by their TrustR score) and their brand value. Among the most valuable brands in the world, the higher the level of trust in the brand, the more valuable it is, proving that trust is inherent in brand success. 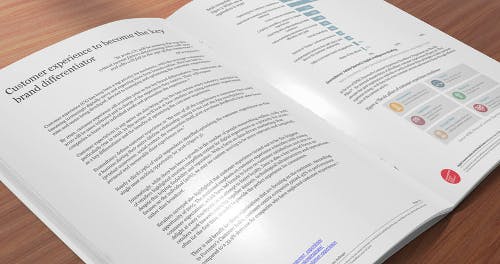 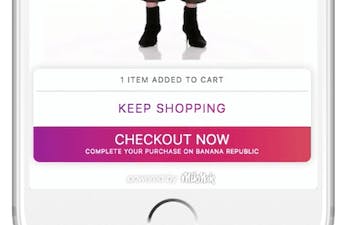 With up to two billion active users it’s clear that platforms like Facebook and WhatsApp simply cannot be ignored when it comes to doing business in the 21st century.

With access to such a vast customer base it’s hardly surprising that businesses have gravitated to social media to cultivate their online persona. Increased brand awareness has been the result, but it’s less clear, perhaps, how this has translated into tangible benefits to businesses’ bottom lines.