But not all advertisers are happy, and one is suggesting that Facebook’s ad boom is really a huge bubble.

In a guest post on TechCrunch, Morgan Hermand-Waiche, founder and CEO of online lingerie startup Adore Me, explains why he’s trying to move eight figures of annual spend away from the world’s largest social network.

This year alone, our cost per click went up 180% from start to end of Q1, and the prices in the last days of March — a time of the year with no big-shopping-spree-inducing holidays — were similar to those of Valentine’s Day.”

Hermand-Waiche attributes much of the surge to “big corporates” with “little to no knowledge of online advertising” investing more heavily in Facebook advertising.

“The first signal of corporate takeover was budget dumping. Like clockwork, at the end of each quarter, corporate behemoths would cast away their unused quarterly budgets on Facebook, artificially inflating prices,” he explained, adding “To add insult to injury, as all corporates were bombarding consumers at the same time with no good reason, conversion rates were down. So, not only are advertisers paying more but they’re getting less — irrational spending at its best.”

He also points to what advertisers are spending on:

Yes, Facebook users are clicking more, and advertisers are paying for more clicks. But what are users really clicking on?

Facebook calculates its CPCs as cost per every single click the user makes, whether it’s a Like, a share, or a visit to the brand’s website. But in the world of direct-response advertising, where “engagement” is an obscure term (whose impact on either sales or brand awareness no one knows how to measure), Likes and shares are worth absolutely nothing.

This is how the real surge of Facebook prices is disguised: For us, Facebook CPCs — cost per any Facebook click — went up 50 percent from January 2014 to January 2015. But our real CPC value — cost per Facebook click to our website — went up by a whopping 127 percent in the same time period. That means that our real Facebook prices have more than doubled YoY, and a sizable chunk of that price increase is due to a service of Likes and shares valued at zero.

Hermand-Waiche claims that new and corporate advertisers on Facebook “are unaware that a hefty share of their Facebook spend is attributed to Likes and shares” and suggests that many mass-market brands are paying a premium for targeting features they don’t really need, further inflating prices.

Hermand-Waiche’s conclusion: “Facebook is exhibiting all the alarming symptoms of a bubble: a service traded in high volumes at inflated and economically irrational prices.”

But is he right?

There is no doubt that some advertisers are more sophisticated than others, and some that can afford to run inefficient, less-than-productive Facebook campaigns will do so.

But inefficient players exist in all advertising channels, online and offline, and the notion that big corporations represent dumb money, ruining a good thing for upstarts like Adore Me, however appealing, is probably too simple to be accurate. Plenty of big companies are far more experienced and savvy than Hermand-Waiche would apparently like to believe.

The reality is that advertisers have different goals, and different tolerances for cost based on the markets they target and the financial profiles of their businesses.

Ironically, Hermand-Waiche demonstrates that by describing how his company has moved more of its ad dollars to television in response to Facebook’s rising costs.

The result? “The CPAs on TV weren’t that far off from Facebook,” he says. In other words, television was still roughly as costly a channel as Facebook.

Hermand-Waiche spins this fact by suggesting that his company’s television results were achieved with third-party agency fees, unoptimized spending and expensive video creatives, but realistically, there’s only so much fat that can be cut out from television campaigns and most campaigns come with significant risk because of their up-front costs.

None of this means that advertisers shouldn’t constantly reevaluate how they allocate their ad spend as channels evolve. Perhaps television is a better channel for Adore Me. 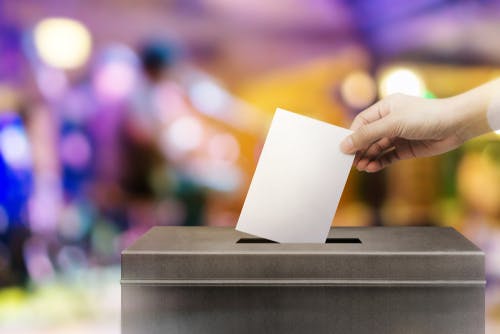 The UK’s upcoming election is the closest contest in living memory.

This demographic has a real opportunity to make an impact on election night, if politics can reach them through digital channels.

Marketers are investing more in social media yet many are struggling to effectively measure the business value of their activity.

The volume and real-time nature of social media metrics, as well as the multitude of analytics tools available, is overwhelming and can make social media simultaneously the most measurable channel and the one that is most difficult to measure.