Procter & Gamble has already slashed $100m from its digital ad budget, while JPMorgan Chase has cut the number of sites it advertises on from more than 400,000 to 5,000.

But unhappy with the results of some of its spend, Uber isn’t just slashing its budget or cutting campaigns. As detailed by Bloomberg, the ridesharing behemoth has filed a $40m lawsuit against one of its agencies alleging that it paid for “nonexistent, nonviewable, and/or fraudulent advertising.”

According to Uber’s complaint, it discovered that “mobile first” ad agency Fetch, which is owned by Japanese holding giant Dentsu, charged it “tens of millions of dollars” while knowingly purchasing bad ads. It also alleged that Fetch “allowed networks and publishers to steal credit for organic installs of the Uber App, and Uber App installs that were attributable to other sources.”

Uber says it discovered this fraud when it received reports of its ads appearing on a conservative political website that it had previously told Fetch to blacklist:

Uber’s investigation into that particular issue suggested deceptive naming was to blame. Specifically, the public-reported name of the websites and mobile applications where Uber advertisements supposedly appeared did not match the actual URL accessed. For example, one publisher retained by Fetch reported clicks on Uber ads as coming from placements such as “Magic_Puzzles” and “Snooker_Champion.” In fact, those clicks actually originated from advertisements on Breitbart.com, despite the fact that Uber had instructed that no ads be placed with that website.

Not surprisingly, Fetch is denying Uber’s allegations. James Connelly, Fetch’s CEO, says he was “shocked” at Uber’s claims, which he calls “unsubstantiated” and suggests are designed to “draw attention away from Uber’s unprofessional behavior and failure to pay suppliers.”

As Uber sees it, it hired Fetch for its expertise and part of Fetch’s job was to deal with ad fraud. “Regardless of whether Fetch purchased mobile inventory on an agent-principal or principal transaction basis, Fetch was responsible for the day-to-day oversight of [ad] networks and vetting of publishers for quality and fraud preventing, concordant with the…duties of a reasonably prudent mobile advertising agency,” Uber’s lawsuit states.

Fetch, of course, says that it, like just about every legitimate player in the ad industry, is trying to deal with ad fraud and “minimize its impact.” As Fetch’s Connelly sees it, Uber is “[using] an industry-wide issue as a means of avoiding its contractual obligations.”

Ultimately, the two companies will either settle their dispute or let the legal system determine the facts and decide which party is in the right.

In the meantime, the lawsuit, which is notable because Uber is targeting its agency and not the actual media sellers from which the allegedly fraudulent ads came, highlights just how significant the costs of ad fraud can be and just how difficult it is for brands and their agencies to deal with it.

It also raises a number of interesting questions. As more brands scrutinize their ad buys, sometimes through formal audits, they will inevitably uncover evidence of fraud. Will this lead to more lawsuits against agencies? In an effort to up control and oversight, will more brands opt to build in-house agencies or split the difference with on-site agencies?

Time will tell, but it’s clear that agencies, already under pressure, have yet another thing to worry about. 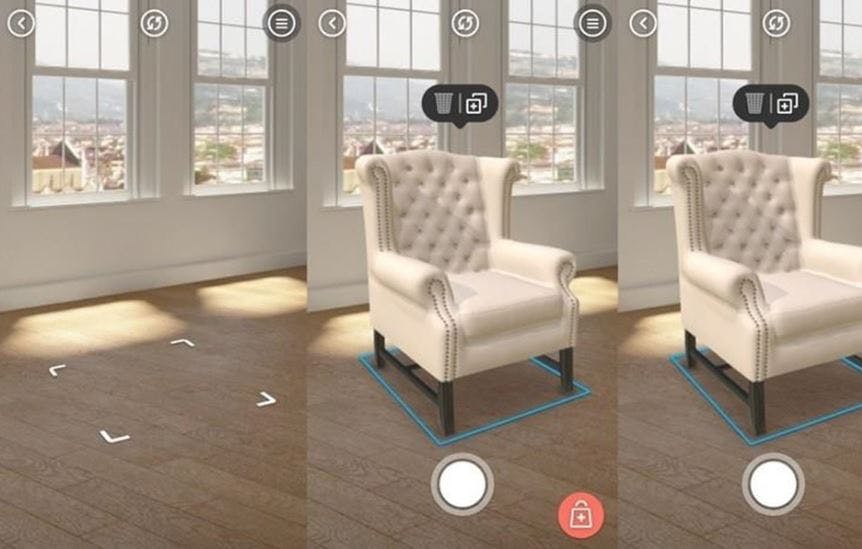 Apple introduced iOS 11 earlier this month, and along with it came ARKit – a new way for developers to add augmented reality into apps.

One of the first brands to take advantage of it has been Ikea, with its new ‘Ikea Place’ app.