The build-up to Christmas in 2020 definitely shaping up to be like no other. But in the midst of everything, it’s still the festive season (well, nearly – I’m in the camp that believes October is still too early to be thinking about Christmas), and that means that many people will be seeking out ‘Christmassy’ experiences wherever they can find them.

One tradition that definitely won’t be present in its usual form is Christmas shopping. Oh, people will be buying things – retailers are expecting a bumper Christmas season, particularly on online channels, with research from Rakuten Insights finding that 87% of consumers have no intention of reducing their Christmas spending this year. But it’s hard to imagine that offline Christmas shopping, with excited and frantic shoppers thronging shopping centres and high street shops while carols play incessantly in the background, will happen in the same way this year.

This is a blow for retailers who would normally put a wealth of time and effort into crafting attractive Christmas displays to lure shoppers into their stores. Is it possible to recreate that same experience online?

John Lewis, which is known for its artful, immersive Christmas displays and its wholehearted embrace of the holiday spirit, has set out to do just that, unveiling a virtual tour of its Oxford Street flagship store, decked out for Christmas. And while virtual and 3D experiences often fail to measure up to the real thing, I have to admit that this one got me into the Christmas spirit (yes, even in October).

John Lewis has been leaning more and more heavily into experiences over the past couple of years as a way to differentiate their brick-and-mortar offering and persuade shoppers to spend more time and money with the brand. Last year, it revamped its Southampton store into an “experience playground” with in-house workshops, classes and activities: from cookery and gardening workshops to style and home improvement advice.

As the Covid-19 pandemic took hold, John Lewis adapted by rolling its experiences out virtually, offering video consultations on topics like personal styling, babycare and interior design. But while services translate relatively easily into the digital realm, recreating an entire retail experience is a different challenge altogether. So, how well does John Lewis manage it?

John Lewis’ virtual Christmas shop is easily accessible via a dedicated page on its website. I mainly explored it on a desktop computer, though the experience is also impressively seamless (although less immersive) on mobile. On desktop you can either click or use your keyboard to navigate through the space, while on mobile you can swipe and tap to look around.

The virtual tour is a fully-rendered interactive version of the John Lewis flagship store on Oxford Street, complete with signs and floor stickers to promote social distancing and hand sanitiser stations. You can only explore one floor, which did disappoint me when I tried to navigate towards the escalator and found it cordoned off. The Help menu mentions a floor selector, so it’s possible that more floors could be added in future (or maybe it’s a default function of the software that John Lewis forgot to remove mentions of).

Gliding virtually around the artfully decorated shop floor and displays definitely gave me that feeling of Christmas excitement. It’s also a good way to get a sense of John Lewis’ range in a way that online stores, which are more geared around search, find it harder to achieve. As I browsed, a number of items caught my eye including some starry Christmas lights and a wreath of rainbow baubles, and while it isn’t possible to shop every item directly from the virtual tour, it was easy enough to open up the John Lewis website and search for them.

On my initial pass through the John Lewis virtual Christmas shop, it wasn’t immediately obvious to me how I was meant to interact with things. In hindsight, maybe the little white and blue blobs dotted strategically around should have clued me in, but I was too busy gazing at all the bright colours to notice them.

Stuck, I checked the website text above it, which told me to “Click on the Help button at the bottom right corner of the screen”. This ‘button’ was actually a miniscule hyperlink next to the Terms of Use (which no-one ever clicks on), and I would absolutely never have spotted it if I hadn’t been told where to look. 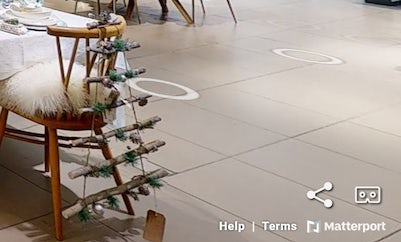 My biggest suggestion for John Lewis would therefore be to make the Help menu much more obvious, or better yet, add an initial screen with a run-down of the main controls and an explanation of how to interact with things. As you browse, a tooltip does pop up to encourage you to use the measurement feature to “measure anything in the space”, but surely that kind of thing is secondary to learning more about the products on offer.

Once I had learned how to interact, a world of information opened up to me. As I said earlier, not every item in the space is shoppable, but where a blob appears, you can select it to learn more about either the range of products in question (from dining tables to Christmas garlands) or one of John Lewis’ themed ranges, such as Art of Japan (a Japanese-inspired Christmas range), Pop Art (which was responsible for all the rainbow baubles) or Renaissance (a traditionalist range inspired by 14th – 17th century Europe).

Each information box contains a link to the John Lewis website to shop the range, giving a convenient way to find products that might have caught your interest without needing to search for them. 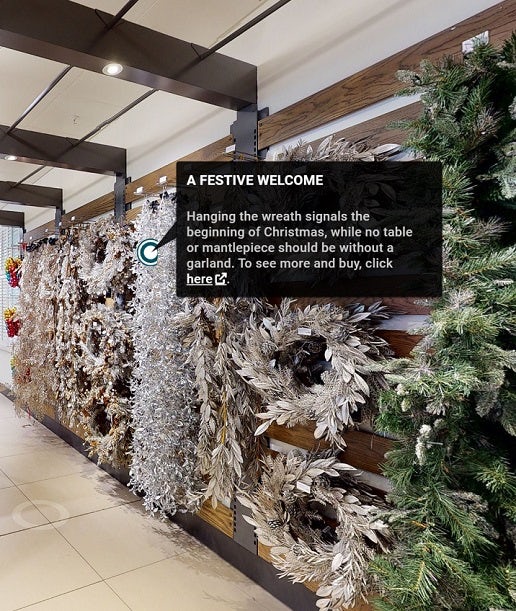 Information boxes provide more information about certain products with a link to click through to the online store and shop. Image: John Lewis 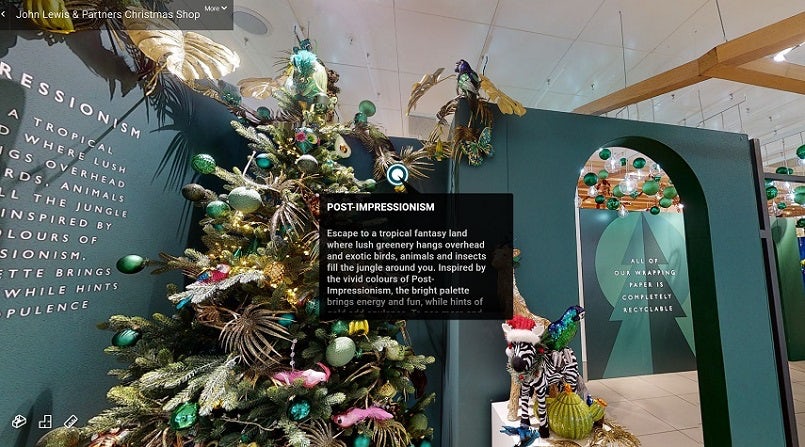 I also tried out the measurement tool mentioned earlier, which claims to accurately measure the distance between any two points in the store. While an excellent idea in theory that could help to make up for not being able to gauge the size of items in person, I found it a little hit and miss in practice.

It seems to be most accurate when you can zoom right up close to an item, which can be difficult to do, and there’s no real way of knowing whether the measurement you got is correct. I first tried it out on a Christmas tree, and found that the height of the measurement decreased as I moved it above a certain point, which didn’t seem right. I had more success with measuring a pillar candle on a table; I then tried the tool out on mobile, where it informed me that the dining table I was measuring was five metres in length. Rotating my view of the store, I saw that the end point of the line had landed not at the end of the table as it appeared, but in the middle of the floor some distance away.

Ultimately, it’s not the kind of thing that I would expect to work flawlessly, and had I been in the market to buy a dining table from the John Lewis virtual Christmas store, I would have double-checked the measurements on the website first. If it hadn’t been for the pop-up alerting me to the tool’s existence as I explored the tour, I probably wouldn’t have tried it out at all.

Some issues with the controls aside, I greatly enjoyed the experience of browsing through the John Lewis virtual Christmas store. Visually, it’s very impressive, with no lack of artfully rendered detail when you zoom in on the products – only the ceiling is a little blurry in places as you tilt your camera upwards.

It succeeds in capturing some of that elusive ‘experience’ that is so often said to be missing from online shopping, and while the whole thing felt more like window shopping or browsing a gallery than an actual shopping trip, I also left better-informed about John Lewis’ Christmas range and with a plan to look for a set of those starry Christmas lights.

Yes, the experience made me a little wistful about being unable to go and explore the real thing – but there’s a lot to be said for not having to fight through the crowds on Oxford Street to get there.

What now for experiential retail? 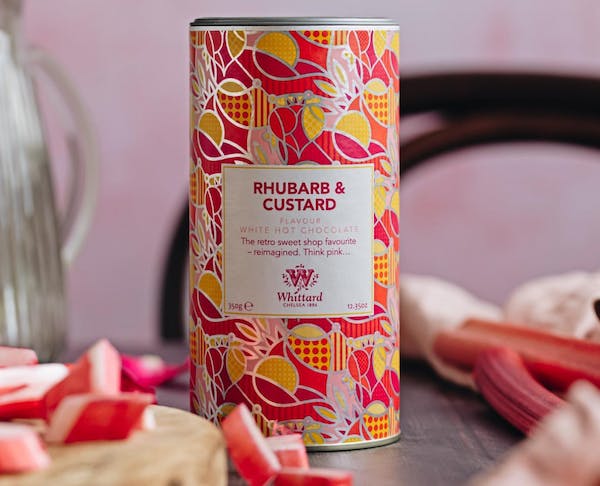 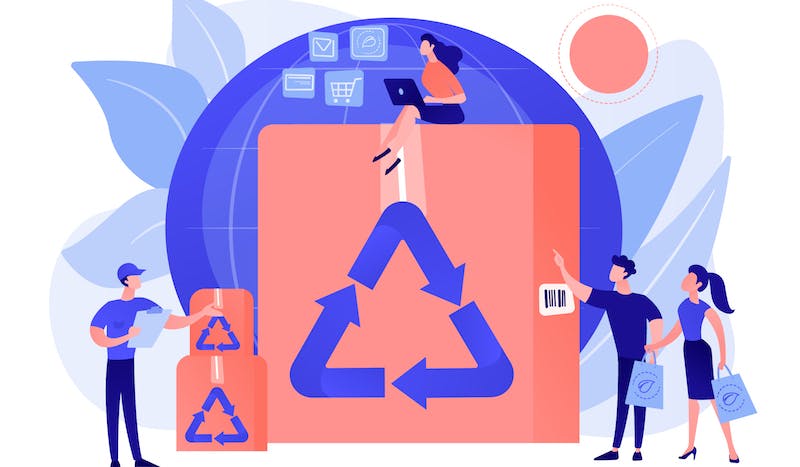