Increasingly, a small, but growing number of customers has been interpreting our guarantee well beyond its original intent. Some view it as a lifetime product replacement program, expecting refunds for heavily worn products used over many years. Others seek refunds for products that have been purchased through third parties, such as at yard sales.

Based on these experiences, we have updated our policy. Customers will have one year after purchasing an item to return it, accompanied by proof of purchase. After one year, we will work with our customers to reach a fair solution if a product is defective in any way.

According to Bloomberg, about 15% of returns abused L.L.Bean’s generous policy, costing the company $250m a year. While a minority of purchases that were being returned represented abuse, $250m is a not-insignificant amount of money for a retailer that had $1.6bn in sales in 2016 and is looking to fund expansion.

Even though it is seemingly reasonable for L.L.Bean to update its policy to clarify that its returns policy was not a replacement policy, there were customers who took to social media to criticize the company, suggesting that they would no longer be as interested in purchasing L.L.Bean’s products in the wake of the change. Some even indicated that the returns policy was the only reason they patronized the retailer.

Your return policy was the only reason I shopped at #LLBean! I shared your amazing service with with friends, colleagues, and more. Now, I’ll be sure to suggest they avoid like the plague!

Others posted more measured responses. For example, one customer commented on Facebook:

I think it would be really helpful if you shared information with consumers on how long people could realistically expect items from your company to last. I certainly don’t expect to be wearing a turtleneck that I bought 20 years from now, but nor do I expect the $250 boots that I bought to last only one season. So maybe if there were a little more clarity on what you thought was a reasonable product life for various products of yours, as long as they weren’t abused, then perhaps people could decide if the price was worth that and then not bother you by trying to return items that you believe should have been retired

Such comments highlight an interesting fact about the importance of L.L.Bean’s now-retired return policy: because the company’s products carry premium prices, some customers factored the ability to return purchases years into the future into their buying decisions. Put simply, although its generous return policy was increasingly being abused, for some segment of its customer base – and perhaps a sizable one – the policy played a key role in driving sales.

The big question now: without its so-called “legendary” lifetime returns policy, could L.L.Bean eventually lose in sales what it was losing due to abuse of the policy? While the prospect of losing upwards in $250m in sales due to a returns policy change would seem unlikely, and might be, it’s also clear that L.L.Bean should not underestimate the potential impact of a change to what had been one of its key differentiators.

In today’s highly competitive Amazon-ified retail environment, one in which brand loyalty is increasingly elusive, meaningful differentiators are harder and harder for retail brands to develop. With this in mind, even if L.L.Bean’s decision proves to be financially prudent, it could have a lasting effect on consumer perception of its brand and the effects of that are not easy to predict as the retail market continues to evolve and face disruption.

What makes a customer come back for more?

In today’s highly competitive ecommerce market, brand loyalty can be an elusive concept. From fast customer service and convenience, to product quality and brand values, there are many factors that might help to keep customers happy. 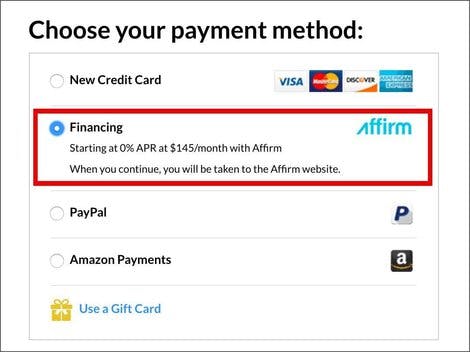 Finance giant Goldman Sachs has been around for nearly 150 years and is best known as an investment banking outfit, but in the wake of the global financial crisis of 2008 that has permanently altered the fabric of the financial services market and led to the rise of fintechs, the firm, like so many other finance behemoths, began transforming itself.