We’re at an inflection point in B2B marketing, and marketers should celebrate the opportunity to show their true contribution to revenue and not fall back on squishy metrics like ‘attention’.

First, it starts with a very weak definition of a lead:

But leads alone don’t tell the whole story.  So you generated a ‘lead’. So what? They downloaded your white paper. Who cares?

I agree: who cares> Because a form complete or a white paper download or a person watching a webinar does not a lead make. That’s a contact.

A ‘lead’ is what sales and marketing have jointly agreed is a lead. And that includes creating a lead scoring system and qualifying the people who fill out forms by company (size, industry) and title, behavior on the website, etc.

A lead needs to be called and confirmed verbally to be truly qualified. (My favorite story in this regard comes from the head of demand generation at a mid-market tech company who told me about a download form that was completed by a VP who had budget and authority and wanted to move quickly, but when they called she turned out to be a 12-year-old girl.)

The piece goes on to say:

Let’s say that same prospect, who has never filled out one of your forms, reads your blog 2-3 times a week. They follow and periodically read your CEO’s Twitter feed. That attention has value. It means you’ve already accelerated the awareness and mindshare game.

It may have value, someday, or may not. (Ask the CEO if she cares.) I’ve witnessed contacts coming back to read a company’s blog week after week for years. They value the insights, but they have no need for the product or service. Maybe some year they will, but that’s far from certain, and even farther from being an opportunity.

As one start-up CEO said to me, “I’ve spent a million dollars building our brand. Now I’d like to see some leads.”

To argue the opposite is close to the position of early web entrepreneurs who claimed that aggregating ‘eyeballs’ was sufficient. Those businesses are now out of business. It’s only the businesses that found a way to monetize that attention, to convert those contacts into customers, that survived.

As the post goes on, it does qualify that absolutist headline, for example, by acknowledging the importance of lead scoring.

But what the post fundamentally misses is that we are at an inflection point in marketing. The old adage — “I know that half of my marketing is ineffective, I just don’t know which half” – is no longer acceptable.

Marketing is being held to a higher standard and, increasingly is being measured by its contribution to sales and revenue. ‘Opportunities generated’ is a common B2B metric now.

And marketers should embrace that enthusiastically. In the past, marketing was in a ‘last hired, first fired’ position whenever there was a downturn or money at the company was tight.

Marketing will only be truly valued to the degree that it’s able to quantify its contribution to revenue in a way that the C-suite acknowledges.

So building the brand, and “attention”, does have value. And a sophisticated attribution model can measure it. But in 2014, leads and opportunities are the primary measure for B2B marketing.

As marketers, we are all becoming more familiar with personalization as we recognize the need to tailor digital experiences to individual users. Only we are doing it all wrong. OK, partly wrong.

In this blog post, I explore the concept of ‘true personalization:’ tailoring the digital experience to the kind of relationship someone wants with your organization.

Rather than just customizing a digital experience according to what someone has clicked on, true personalization posits that the type of content someone consumes is far more important to building long-lasting and deep relationships.

Blood cancer charity Anthony Nolan launched a new responsive website last year as the proportion of traffic from mobile devices began to creep up to 50%.

The revamp has led to impressive increases in traffic and conversions, as well as reductions in the site’s bounce rate.

To find out more about what was involved in the move to responsive design, including the project duration, budget, agencies involved and the impact on visitor behaviour, I spoke to Anthony Nolan’s digital marketing manager Sam Butler.

For more information on how charities are adapting to digital, read our blog posts on three content strategies from the non-profit sector as well as looking at how charities use Twitter and Pinterest. 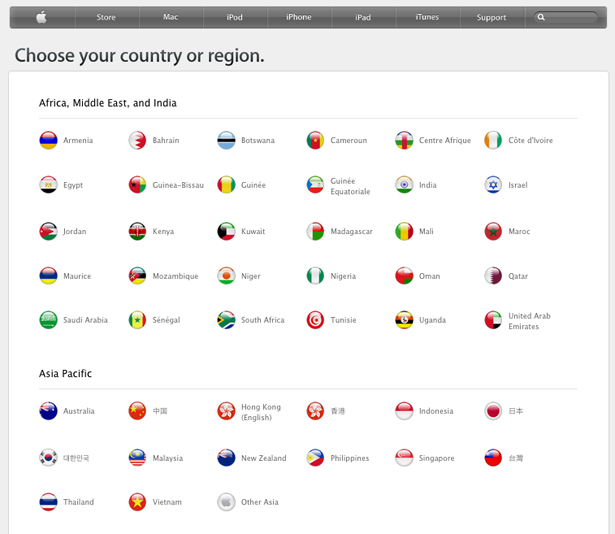