There is much to admire about the way Lego uses digital marketing, with lots of great shareable content, a shiny new e-commerce site and some excellent mobile apps.

However, despite the many mentions of Lego on social media and the general affection for the brand, it doesn’t seem to interact with its audience as much as some other firms.

I’ve been looking at some of the things Lego does well online, as well as asking whether its social strategy could be improved…

As someone with a three year old, I’m often looking for games to make car journeys a little less dull. A lot of free kid’s apps are just designed to sucker you in just so they can sell you coins and credits via in-app purchases.

Some of these are for ridiculous amounts, which should not be allowed: However, Lego has a selection of great free apps for various age ranges, with none of this in-app purchase nonsense. A great way to raise awareness of the brand among parents and future Lego fans. PR made for the digital age

This press release on the world’s tallest Lego tower is a great example of this. It’s to the point, while adding video and downloadable high-res images for use by news sites.

The results? Lots of coverage online, including Yahoo news, Gizmodo, and Mail Online: Lego has a crowdsourcing site, CUUSOO, which invites ideas from fans. If ideas are popular, they may be put into production and royalties paid for the idea. I reviewed Lego.com recently, and it was hard too find too much fault with it. It’s fun, has lots of great products, and is a very good example of best practice e-commerce.

Contrast this with the dreadful Playmobil site, and its bizarre insistence on users logging in before viewing the online store section.

Many product lines have dedicated microsites, such as this for Lego Star Wars: Lego uses video very well indeed. From demonstration videos used to showcase products on the e-commerce site, to these videos on its YouTube channel.

Not all of the video content is created by Lego. This excellent Lego Black Ops vid for instance, which has had more then 16m views.

For such a well loved brand (everyone likes Lego, right?) I’m surprised by the lack of engagement and interaction with fans on social media from Lego. After all, there are plenty of people talking about Lego, uploading videos etc.

On Twitter for instance, the @Lego account is owned by someone completely unrelated who hasn’t tweeted for three years. There are official accounts, but none seem to update very regularly, and they have perhaps failed to take advantage of the sheer amount of brand mentions on the site. According to Henry Elliss, Digital Marketing Director at Tamar (and Lego fan):

Lego’s online strategy has always stood-out as an impressive one, though it definitely has room for improvement. Generally speaking, the strategy seems to be to keep people firmly onsite, presumably a decision based on their target audience and the safety concerns with letting them loose on third-party sites.

What they DO have onsite is generally market-leading: Every new line or collection is supported with creative assets (wallpapers, downloads etc), impressive digital games which are entirely free to play, product details and “behind the scenes” video.

As a Lego fan and blogger myself, I’d like to see a lot more interaction between the company and their biggest fans – whilst I’m sure they don’t need to work with fans, it’s always been a bit of a disappointment to me that they don’t even have a way of rewarding fans, even if involving them in their overall plan isn’t possible.

On Facebook, there’s a similar pattern. The official Facebook page has more than 2m likes, representing a major opportunity for engagement with fans, yet it is updated about once a week on average. Lego does have its own social networks though, perhaps due to the keeping people onsite strategy that Henry Ellis referred to.

The site, ReBrick, is a place where adult Lego fans can share user-generated content related to the brand. It’s a good idea, but perhaps it could be doing this on Facebook and Twitter, where there is a much bigger audience. There’s also MyLegoNetwork, created for children. According to Henry Elliss:

There’s a lot that other toy brands (and brands in general) could learn from Lego, though it’s clear that it could learn from others when it comes to the more social marketing side of things. The willingness to try new things is a real delight for fans of all ages, and shows off the creativity that both Lego and its consumers have been famous for, for over 50 years.

As Henry says, there’s plenty other brands can learn from Lego, especially its use of mobile apps, but maybe it isn’t making the most of its social reach as yet. Or perhaps, like Apple, it doesn’t need to work too hard on social media.

What do you think? Perhaps, since Lego’s online approach has so many positives, I’m being churlish focusing on social. Let me know in the comments below… 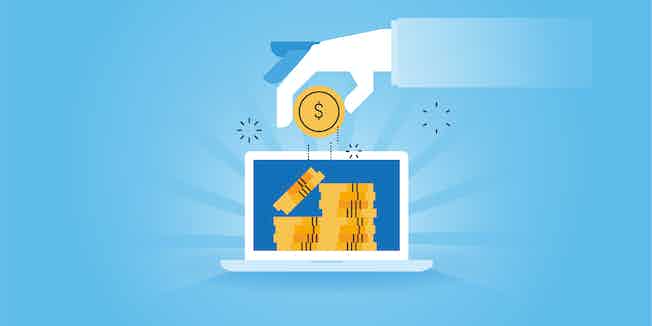 Based out of the 7thingsmedia New York office, I was glad to attend this week’s Linkshare affiliate network Symposium.

The networking-heavy event had various sessions that were packed with affiliate insights, tips and best practice processes.

However, one session which particularly caught my interest was with Andy Hoar from Forrester Research on the Direct and Indirect value that affiliates deliver to advertisers.

What do you do when your company surpasses 100m users and begins cementing its status as one of the internet’s most popular services?

If you’re Twitter, you apparently start adding restrictions to the API that helped you achieve some of your popularity, cutting off functionality offered by other popular services in the process.