However, the market in China is evolving incredibly rapidly, taking on its own dimensions and creating its own rules.

This evolution is taking place as more people come online and the potential of mobile, social and data come together.

This confluence of trends is called “Internet Plus” in China, and refers to how traditional industries are being affected by new business models, new ways of using data and new ways of interacting with each other.

Part of this evolution is down to how people access the internet in China.

According to last year’s CNNIC research, China had around 668m internet users compared to around 279m in the US; yet this represents a penetration rate of around 49% of the whole population, compared to 87% of the population of the US.

However, the biggest difference is around smartphone usage: around 90% of Chinese netizens are on smartphones compared to around 57% in the US.

Audience behaviour here is different too when it comes to marketing via mobile.

US internet users would respond to mobile adverts around 56% of the time, and only 59% of those users were more likely to shop on mobile.

In comparison, around 79% of Chinese internet users will respond to mobile ads, while 78% would shop via their phones.

At the same time, it’s also important to understand how interaction with phones is different in China too.

For example, iPhones have a ‘shake’ function that can be used to undo the last action.

However, shake is much more commonly used in China as part of applications – one of the first uses in social was WeChat, which has a tool to find other users that are local and shaking their phones at the same time.

This has progressed into other apps and social services. Why is this important for marketers to know? Well, research shows that shake response is much higher than services that use “click to respond” buttons for interaction.

Estee Lauder ran an advert campaign on social with “shake to respond” in place alongside target-driven incentives.

The response rate for this campaign was 13% with shake – 85 times higher than the “click to respond” version.

This was also around 50 times higher than the industry standard rate for banner ad click-throughs, which stands at 0.23%. This understanding of local social channel design can help international marketers tailor their campaigns.

Within China, mobile is becoming the dominant platform for internet use by younger generations – internet users born after 1990 spend an average of 234 minutes a day on the internet via mobile.

This compares to the overall population where 110 minutes is spent online per day via PCs. Alongside this, 47% of Chinese internet users will spend more than two hours per day using social apps to run their social lives.

This increase in Chinese people living their lives through their mobile devices has gone alongside an increase in demand for content to fill that window.

In turn this has provided more opportunities to gather data on user interests. This data can be used for greater personalisation and targeting.

How marketing on mobile links up social, data and creativity

This availability of data can help both brands and agencies work on campaigns to make the most of their budget.

The first step here is to consolidate all potential data sources to build a picture of the total audience, as well as looking at those members of the audience that have more than one relationship with the brand.

For Mead Johnson, a manufacturing company involved in baby food and other nutritional products, this involved looking at its social media presences, its online fans and those who had purchased products online through Tmall.

Based on these sets of data, the firm found 7.84m individual contacts in total; using data mapping and matching, users with more than one account on each of these platforms made up 54% of the total.

The second step here is to create a consumer portrait based on the data acquired via mobile, social and ecommerce. This can include quantitative data like demographics, location and preferences for access to channels; however, this can also be more qualitative too.

Rather than looking at potential audiences in theory, it’s possible to build up a better picture of actual preferences around key opinion leaders, content preferences and celebrities followed.

In total, around 20 data dimensions were created and used for planning campaigns.

This data was then used to design a new campaign based on co-creation of content alongside key opinion leaders in China that could be delivered via online video and social channels.

From these steps, Mead Johnson saw its potential consumer audience grow by a factor of four.

On the campaigns designed with data, the company saw brand preference increase by 115.2% and purchase intention go up by 84.2%.

This integrated approach is important for success in China today.

The increasing competition for attention around mobile means that targeting specific audience groups is becoming much more important for campaigns to be successful.

According to Econsultancy and Oracle Marketing Cloud research, 77% of companies are planning on increasing content marketing budgets in 2016.

So with more content and increasing complexity of distribution and measurement, what is the future of content marketing? 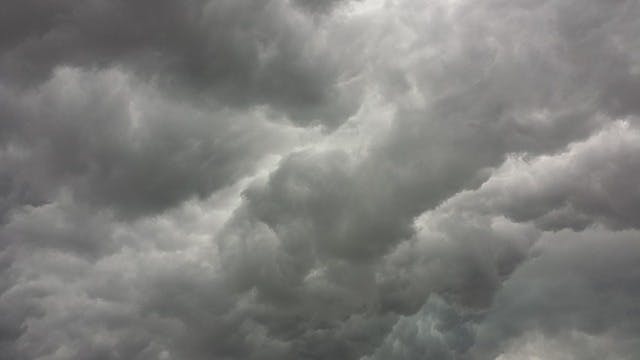