Should your online store’s mobile presence be the focus of your strategy or an added bonus? Through what channels should you try and reach out to customers on the move?

In the end, the real question may be: are there any definitive answers?

Well, I have scrutinized the current mobile landscape and prepared a State of the Mobile Union in hopes of answering those questions.

State of the Mobile Union

Four score and seven years ago, no one had a smartphone. Now, two-thirds (and growing) of US adults have a smartphone and almost half have a tablet, so mobile seems like the inevitable medium for ecommerce.

Mobile may not be an unstoppable force of consumerism

Listen; I’m not swapping out our iPhones for Razrs or cancelling our data packages. Just looking at the numbers, mobile is still not the most popular means for consumers to purchase goods.

What in particular causes this gap?

‘Webrooming‘ would be the obvious answer for pitiful conversion rates; and that’s part of the problem. There is clearly a different context when a customer logs on through a phone.

Whether sitting on the subway or standing in line, shoppers often browse on mobile devices just to pass the time, never intending to make a purchase. Consider it window shopping or customers ‘just looking around.’

The other wedge splitting the gap between mobile traffic and revenue is the smartphone’s average order value (AOV). Lagging well behind the desktop and tablet AOV, the smartphone’s AOV is again a product of the shopper’s context.

Committing more than a grand on a new TV is an investment that seems trivialized when done on such a small screen, so people save those purchases for their computer at home.

The flip-side though, is that shoppers don’t mind reordering weekly staples with a few taps on an app. So keep in mind your store’s average price tag when thinking of how to structure your mobile strategy.

Speaking of your mobile strategy, the best way to start growing one is to…

Build Trust With Your Customers

Did you know 76% of shoppers have only ever purchased goods on a desktop? If you want to stand a chance at getting customers to buy from mobile, having them make a purchase on their desktop is the best, if not only, place to start.

After making a desktop purchase or two, shoppers subscribed to the email list then may not hesitate to make that next purchase on the go.

Or better yet, you could pitch frequent customers the idea of downloading your app, as the convenience should appeal to them. In the end though, you likely won’t be able to have shoppers embrace your mobile strategy if you haven’t previously developed rapport with them.

This makes sense when looking at the success of email marketing campaigns too. Customers who don’t immediately unsubscribe from email lists after making a purchase are likely very trusting of the company, and only then more likely to make a purchase from mobile.

But mobile is growing, if you know where to look

While mobile commerce still lags behind the desktop, it is gaining ground – and fast – through certain marketing channels.

What does this say? That as we supposed earlier, customers aren’t browsing around aimlessly on their phones; instead, they are deliberately responding to an email reminding them of a routine purchase or skimming through an app while riding the metro.

Looking for little spots that may provide a better return on investment can work with your mobile strategy as well. For instance, mobile’s share of purchases increases on weekends in relation to desktop’s share.

Think all those parents are analyzing league statistics at their kids’ soccer games? Possibly the overzealous ones. But more likely, parents are multitasking by running a few shopping errands digitally while they support the team.

The disparity between time spent on any one page, depending on device, further supports the idea of smartphone shoppers’ browsing preferences. While the average desktop browsing time was 3:39 minutes per page, that time drops to 2:13 minutes per page on smartphones. Mobile = quick + clean.

Since 2010, mobile’s share of ecommerce traffic has grown from 3.5% to 36.9% with mobile revenue rising from $2 billion to $42 billion during that timeframe. Expect these numbers to grow more, but knowing where, and how, to get customers to embrace this growth will separate your online store from the rest of the pack.

Know of any other ways to improve mobile performance? Let us know in the comments.

As a blogger, I have a responsibility not to get personal and not to write with righteous indignation.

However, I also have the pleasure of being able to write about experiences I have had that bear on digital marketing and ecommerce.

After my stag do this weekend, I lost my paper return train ticket from Devon to London and had to pay for a new one.

In my opinion this revealed a disjointed multichannel offering because lost paper tickets cannot be reissued, but mobile tickets effectively can be (by logging into an app on another mobile device).

So what can we learn? 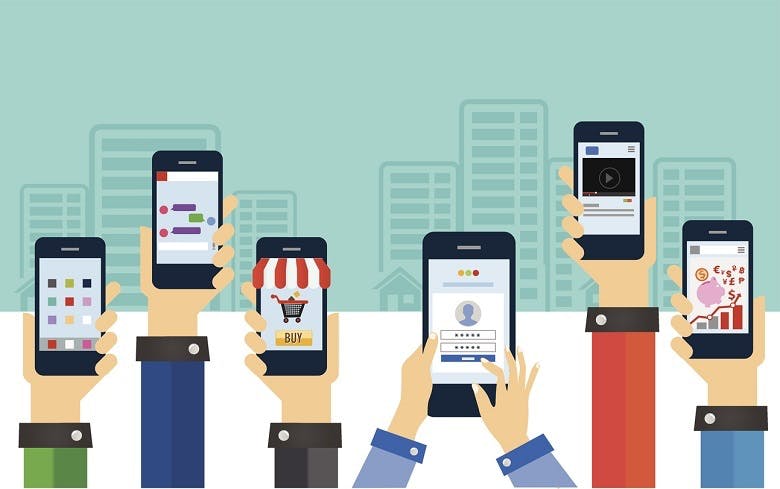 Organisations are much more likely to have some sort of strategy in place this year for ‘integrating mobile into broader marketing campaigns’.

However, the focus on mobile (and integration of mobile) is still small when compared with the opportunity, according to a new report from Econsultancy and Oracle Marketing Cloud.

The Cross-Channel Marketing Report 2014 found that the focus of marketers continues to shift from traditional to digital marketing channels.