However, it’s not been an entirely bleak quarter for the brand. While sales on New Look’s website dropped 0.6%, sales of clothing on third-party websites were actually up 15.7%.

So, why are customers still buying the product, yet failing to shop direct? Here’s a bit of insight into the story, as well as my own opinion on where New Look could be going wrong.

In response to the recent decline in profits, chief executive Anders Kristiansen admitted that New Look’s decision to run fewer discounts in store and online could be to blame. However, he stressed that it was a conscious choice, designed to differentiate the brand from the likes of Boohoo and Missguided – two retailers that typically use promotions to deliver on a promise of fast and highly affordable fashion.

Much to New Look’s annoyance, those competitors looks to be winning.

Earlier this year, Boohoo announced that it had nearly doubled its profits, with sales in the UK jumping 33%. Similarly, last December Missguided reported that its profits were up 34% up on the same time last year. Both these retailers are clearly reaping the rewards of their cheap and cheerful approach to fashion – something that New Look could also be benefiting from.

After all, New Look’s alternative USP is not quite so clear cut. It’s always been known as one of the most affordable fashion retailers on the high street, so a refusal to keep pace with online competition in this area seems a little foolish. Especially considering it is not known for being as cool or edgy as Zara, or quite as mass-market as H&M – two retailers with a similar price-point.

Despite the fact New Look carries a teen range, its average shopper is said to be around 33 years old.

Interestingly, it has recently announced a change in strategy, choosing to narrow its target market to a twenty-something audience rather than a broad demographic. But having increased marketing spend by £2m in the past year, it appears that this change is already under way, with New Look largely investing this in online campaigns featuring social media and celebrity influencers – something that usually appeals to younger shoppers.

But could the decision to use influencers be misjudged?

An Econsultancy report recently revealed that measuring ROI on influencer initiatives is the biggest challenge for 65% of marketers. It can be difficult to justify large spend on influencers – particularly when engagement metrics do not necessarily translate into immediate sales.

The strategy also tends only to be effective when the influencer partnership is authentic, with both the brand and influencer sharing common values (and the invested interest of the audience).

Take US clothing brand Revolve, for example, who typically partners with luxury fashion bloggers such as Victoria Magrath (In the Frow). This allows the brand to tap into the influencer’s in-built audience, generating new leads from consumers with a vested interest in both the influencer and luxury fashion.

While New Look’s campaigns attempt to mirror this – with the retailer using online fashion influencers on platforms like Instagram – sales suggest that it might not be hitting the mark.

Rather, you could even argue the brand may be alienating an existing audience – i.e. the aforementioned 33-year-old, who might have a distinct lack of interest or even awareness of the influencers in question. Despite heavier investment in marketing, New Look has been failing to focus on the product itself, with Anders Kristiansen even admitting that it ‘could be better’.

Instead of investing in new and in-demand fashion, the retailer has continued to regurgitate similar styles and concentrate on basics and staples – something that is unlikely to inspire trend-hungry twenty-somethings.

Meanwhile, expansion in China and investment in menswear and homeware ranges has added to confusion over the store’s product offering.

Perhaps this is why its product has continued to sell on third-party sites like ASOS. A brand that, in contrast to New Look, has a very strong image and a clear-cut USP. With additional factors like fast-delivery, a huge inventory, and clever marketing – ASOS has been able to pick up on New Look’s failings and deliver what it hasn’t been able to. According to PWC, 51% of global shoppers still prefer to shop for clothes and footwear in stores as opposed to online. Meanwhile, Barclays research suggests that 57% of customers are more likely to visit stores if they have the latest technologies – with 65% of customers valuing touchscreen technology, and 52% even saying they’d like to see augmented reality utilised.

When it comes to New Look’s in-store experience, the retailer’s uptake of technology has been slow in comparison to its biggest rivals. Zara, for example, has started to integrate new technology like self-checkouts and touch-screens in changing rooms.

New Look also fails to inspire with store formats. With its immersive layout and conceptual design, Missguided’s first ever physical store encourages social activity while shopping in-store. In comparison, New Look has neglected to integrate any experiential elements in stores up until this point, ignoring customer’s desires for an immersive and multi-channel experience.

Interestingly, this does look set to change. The retailer’s new flagship Oxford Street store, which is due to open in November, reportedly includes a hair salon and embroidery station, aiming to create a destination-store experience that we’ve seen from the likes of Topshop. Despite its recent decline, New Look appears to be in the midst of attempting to turn around its fortunes, focusing on a new ecommerce site, flagship store and more streamlined targeting strategy.

However, only by rectifying its biggest failing will it be able to compete with its biggest rivals. Which means actually delivering the fast and trend-led fashion that its new target market desires.

In an effort to fight off Amazon, Walmart is making a bold move. 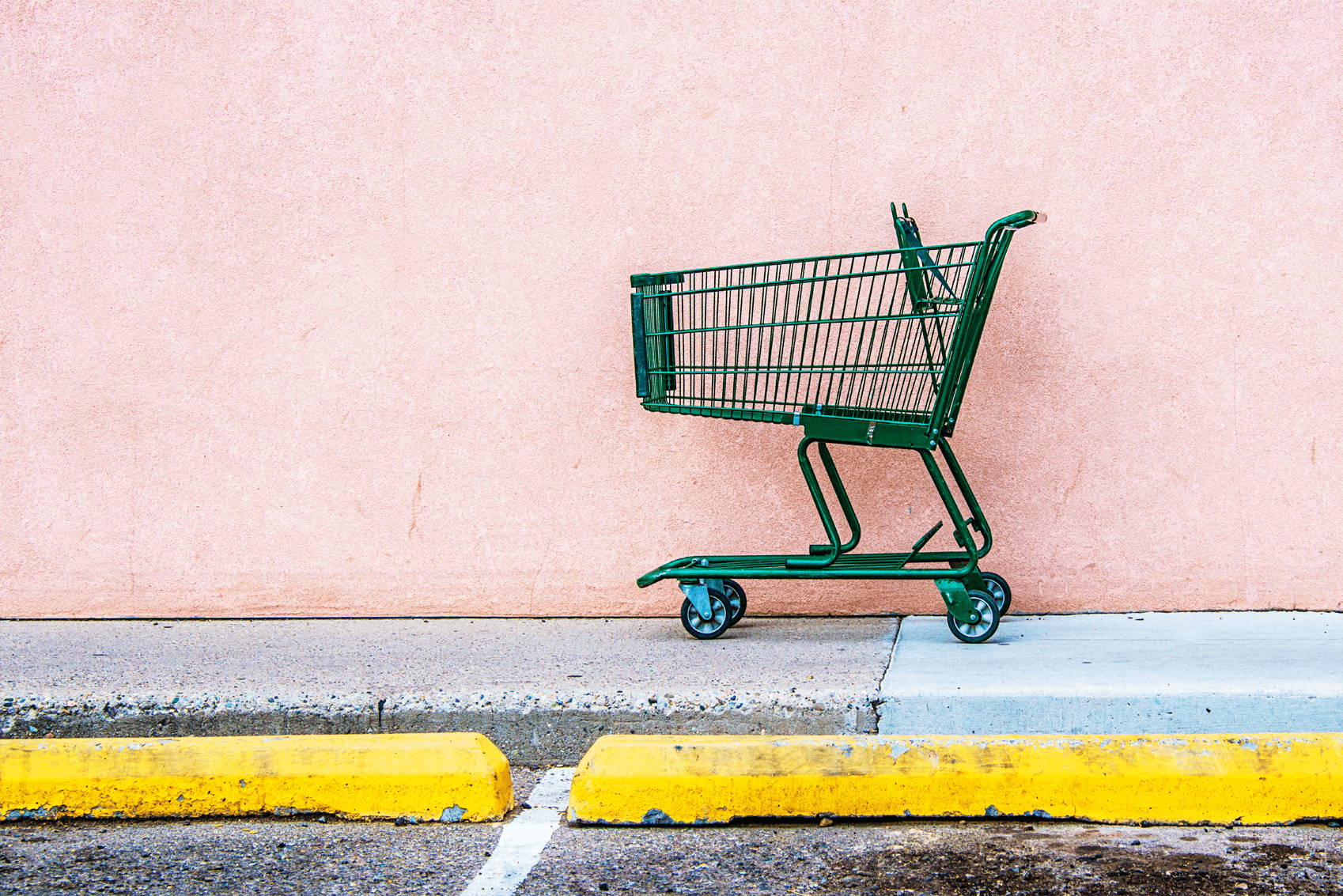 When diving into the research to determine the size of the shopping cart bailout issue, most studies deliver a single percentage incorporating all three devices.

This is not enough to tell the true story of how bad the issue is.