I recently interviewed Jonny Combe – UK CEO of cashless parking solution PayByPhone – and it was honestly the most fun I’ve had in ages. That’s because parking and the automotive industry as a whole is in a fascinating moment.

Parking is a perfect case study for technological disruption and changing consumer behaviour. Fast forward a generation from now and you may find young people who don’t know what a pay-and-display machine is, let alone what Paul McCartney is going on about in Lovely Rita. In only a few decades we’ve gone from a wound spring in a meter next to every parking spot, to a tap on your smartphone (and very soon, perhaps, your car dashboard).

If you haven’t heard of PayByPhone, the company offers payment by phone, web and app. Founded in 2008, it is now owned by Volkswagen Financial Services, employs 28 people in the UK (doubling over the last year) with the aim of employing 40 by the end of 2019.

Using the app is one of those experiences where the user gets a sense of flow. The app reminds you when your parking session is nearly at an end and gives you the option to extend your stay – this is the kind of feature (also available via Apple Watch) that brings a very real satisfaction, set against the memory of having to keep an eye on your watch or run back to your car. 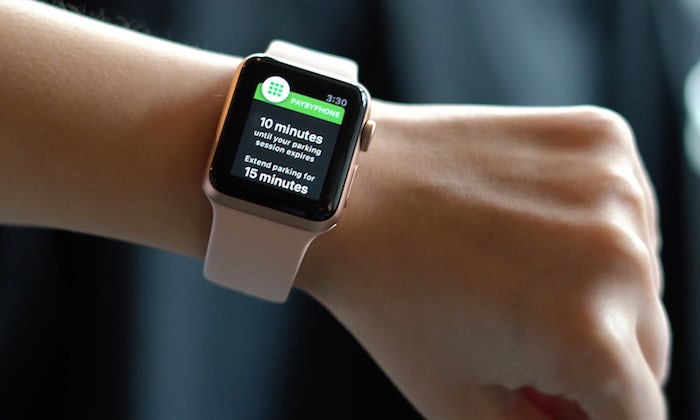 The fact that the app ‘just works’ is a product of Combe and his team’s preoccupation with UX.

“We’re obsessive about refining our app,” says Combe. “Anything that will make it quicker and easier for a customer to use – we’ll do that. We’ve got the time to register an account down to less than 60 seconds. Starting a parking sessions – we go that down from 30 seconds to 20 seconds, and it’s really important for us that we’re constantly refining.”

“We say internally ‘every second counts’,” he continues, “if you can shave off another second and make it a little bit easier, then the consumer’s really going to appreciate that. As an example, we just launched a maps feature and a ‘nearby’ feature, so when you open the app, the app says ‘we think you’re here’. That could save you walking 15 meters to get the location code off a sign – that’s maybe five or 10 seconds.”

Great experience design is often said to be invisible to the user, but Combe is clear that what constitutes great is always changing. “Customer expectation is going up on an almost weekly basis,” he says. A high average app review score is not, therefore, the signal to down tools.

Combe gives me plenty of figures during the interview, but when I ask about how the company attributes value to user experience, he is noticeably a little more dogmatic.

“We work on the basis that a really simple customer journey is a hygiene factor for the product. When we introduced maps, for example, it’s quite difficult to work out if there’s a positive correlation between that feature and an uptake in adoption – sometimes you see correlation but don’t know if it’s causation. [However], common sense and human intuition says ‘you’ve got to make this really easy’.” 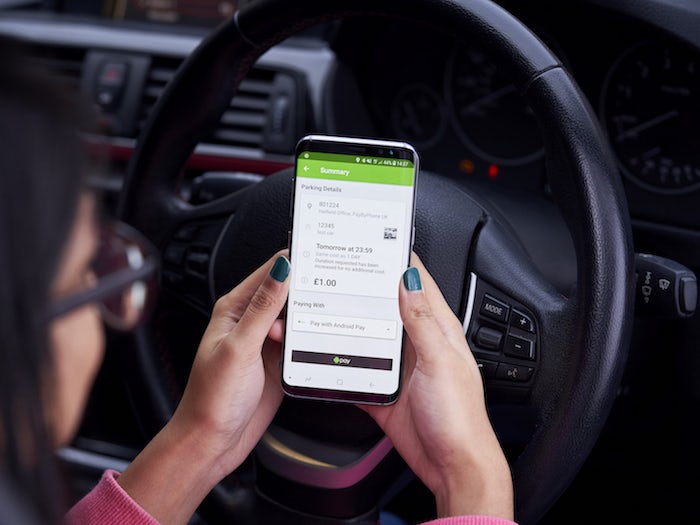 This kind of culture is characteristic of digital disruptors and something which incumbents in many sectors struggle with.

It’s also possible that the link between ROI and customer focus is a long term one. Combe points out that “as our product set grows and we launch new services, it’s really important that the PayByPhone brand is seen as consumer focused and something that makes their life easier.”

“We’re in a competitive market,” he says, “and I think the user experience is one thing that differentiates us from competitors.”

One of the early myths of the internet age was that digital would be much cheaper than offline alternatives. So, aside from the obvious benefits to people parking their car (cashless, quick, updates, extensions etc.), I was keen to ask Combe what the savings are for the local councils PayByPhone works with.

Cash, it seems is notoriously inefficient. Combe tells me that the Royal Borough of Kensington and Chelsea in London lose around £120,000 a year of physical cash, stolen from their pay-and-display machines by organised criminals.

“That’s before we take into account that pay-and-display machines are quite expensive things,” says Combe.

“Then employing someone to drive around and empty the machines costs money, and also there’s an environmental impact of having a man or woman in a van.”

Surprisingly, the adoption rate of PayByPhone in Kensington and Chelsea is as high as 85% according to Combe, and this level adoption means the next step is to eliminate cash parking altogether. Indeed, it has already happened in the Borough of Haringey.

“Haringey actually removed all of their pay and display machines,” says Combe. “What we’re seeing is a real acceptance in the marketplace in terms of consumer behaviour to use our app. If you had said 2-3 years ago that people in Haringey had to use the app – there’s no way it would happen – but there’s that acceptance there now, it works and the adoption rate is going up and up because this is becoming the norm.”

There is also the potential for the flexibility of a cashless system to improve the revenues from parking.

“When we introduced [the ability to extend your stay] we saw a big spike, because from a behavioural economics point of view, giving that nudge to say ‘do you want to buy a little bit more now?‘ is far more likely to give a positive outcome.”

It seems obvious that people who in the past who would have overstayed slightly (and dodged a PCN) will now be paying a little extra to ensure they don’t get a penalty. That would seem to make the system fairer on both sides.

The future of cars

Combe spent 13 years working for BMW group, latterly leading the group’s digital programme and setting up an innovation programme, so his love of big automotive is obvious, though it seems that he was itching to join a more nimble organisation.

“I have passion for all things digital and innovation,” he says, “so it seemed like a logical step to join a tech company like this, with this backing, at this stage. “

Of course, the disruption of the automotive industry will have a big impact on parking. And Combe is very clear on where the opportunities lie, talking of “four different pillars” to future OEM strategy, each of which parking can play a part in.

1. “Autonomous cars will fundamentally change how parking works. Our parent company produced a video showing a self-parking car at Hamburg airport – it demonstrates a chap going to the airport, the car drops him off, goes off itself and parks, then returns to collect him after his trip when he taps his phone.”

2. “Shared usage models is the next main pillar – moving from individual mobility to shared mobility. Cities in particular are getting more and more congested and bigger across the globe. We have too many cars on the road, and one of the solutions is shared usage models. Again, from a parking perspective – if you’ve got a car that no one person owns, but is owned by a private entity or a local authority, than that car needs to park somewhere and there needs to be a way to have a direct connection with the customer, too.”

3. “Electrified is the next pillar of change. Charging and parking go hand in hand. Even on a rapid charge, the car needs to be in a fixed spot for 20-30 minutes at the very least.”

4. “And the fourth pillar is the idea of the connected car – from a parking perspective I’m very excited about that. I want our customers to be able to pay for their parking using PayByPhone in the dashboard of their vehicle without even taking their phone out of their pocket. That’s hopefully where we get to the 5 second benchmark for time to start a parking session. We will see it in the next few years undoubtedly.

Writing for IoT Now Transport, Combe gives a bit more detail on the likely future for connected cars, stating that “parking services will be able to support microtransactions, with one payment method and one authentication. At that point, connected cars will communicate with the back-end infrastructure and provide a variety of parking functions to drivers, including identification of parking zones, parking payments and automatic authentication at barrier-operated car parks. These functions will be offered on demand, and users will have the ability to opt out of those that they don’t need.”

“In a second phase,” he adds, “connected and autonomous cars will take care of the parking process themselves without active involvement of the driver.”

Of course, as slick as the future sounds, there are lots of problems to be solved along the way, not least space availability.

“It’s important that we know within the sites we operate what the level of space availability is there. The key thing is accuracy. We have no intention of launching a space availability function that is right 51% of the time,” says Combe.

However PayByPhone tackles these issues, and whatever direction the future of automotive takes, the joy right now from a driver’s perspective comes from using an app that helps to remove small inconveniences from a long working day.

Where the company goes from here will be fascinating to watch. 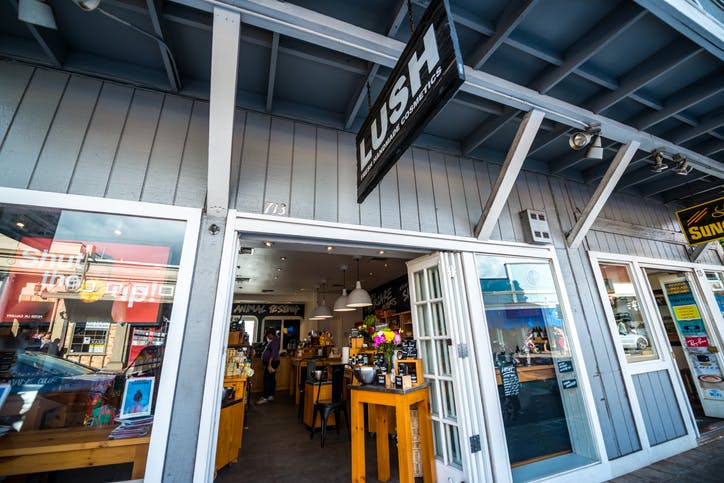 A couple of years ago I singled out Zara as an example of poor in-store customer experience. 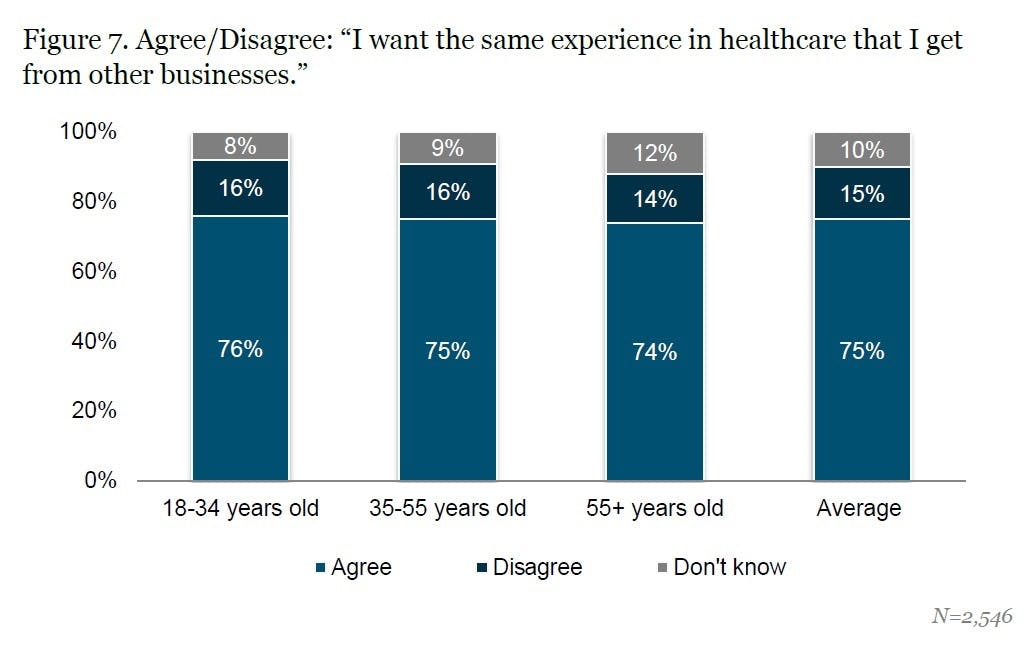 How are consumers’ expectations of healthcare changing in the digital age?