There have previously been a number of high profile cases of celebrities falling foul of this law by tweeting about products without making it clear that they were being paid by the brand in question.

Similarly, Interflora was kicked out of Google’s search results after paying for a huge number of advertorials in the run up to Valentine’s Day. It was quickly reinstated though due to the fact that major brands play by different rules to small businesses when it comes to Google penalties.

To find out more the sometimes murky relationship between bloggers and advertisers, I spoke to SEOgadget CEO Richard Baxter and blogger Henry Elliss.

For full disclosure, as well as running a parenting blog Henry is also head of digital at Tamar.

1. Do you think it is common for advertisers to ask bloggers not to declare that they’ve been paid to promote a product? Is it easy to spot?

Any form of blog promotion, paid or compensated with free product, offers varying degrees of difficulty to spot depending on the quality of the advertising. Some of it isn’t strictly advertising either, more an article placed on a site written in a tone that might be quite compatible with the theme of the site. More and more often, we’re helping businesses who come to us in the aftermath of incurring a penalty in Google organic search after being caught with seemingly manipulated link profiles. Put frankly, some of the links we see stick out like a sore thumb. When you read the content and see how the product is linked to in the body copy, you can usually sense something’s not quite right.

It’s particularly easy to spot in the beauty and fashion retail verticals, and in my experience quite rife on blog platforms like Blogspot.

2. How could the ASA actually prove that payment took place? Have you heard of any instances of a successful prosecution?

I’ve not heard of an actual prosecution related to this issue, but the ASA are happy to point out “non-compliant online advertisers”. There seems to be remarkably few companies listed on their site and I’d wager they have nothing like the resources required to pro-actively hunt down and penalise this type of activity.

I suspect they’re going to rely on bloggers contacting them with queries related to requests for advertising on their sites, assuming they’re aware of the ASA and that they’re unsure about the existence of rules governing any form of disclosure in advertising. Now, it’s pretty fair to say this type of activity is an important source of revenue for a lot of bloggers, so most are hardly going to be in a rush to speak to the ASA.

We get hundreds of unsolicited offers for advertorial placements from bloggers (particularly travel) for fees between $100 to $1000 per placement – all in blatent disregard of Google’s Webmaster Guidelines. The data we collect on these individuals is very useful as a ‘stop list’ of sites our SEO people won’t contact knowing they’re actively selling linksand are probably at risk of penalty in organic search.

I think this discussion is going to reignite the paid links issues that have very famously caused reputation issues for big brands and well known agencies alike. We don’t just receive pitches from bloggers, we receive pitches from major national newspapers too. They’re offering “press” coverage containing links to commercial sites without the required disclosures.

I quote from an email conversation with a very misguided sales manager from one of those publishers:

When we place an article on the website, we do not highlight the fact that they are advertorials. We place articles on any page requested and then they are moved to the featured articles section [site name redacted] which is an indexed page. The reason for this is that the websites are generally based around local news and most advertorials are not local news.

This is for articles provided by us using follow links. High SEO value. We also write articles for companies based on factual information and throw related links into them which of course would be your clients websites or anchor text. High SEO value. These are charged at an extra £50.

3. Is the threat of being penalised by Google more of a concern than any ASA investigation?

Of course it is! The ASA don’t pay the bills, Google does. Then again, when it comes to the bigger, better known cases, penalties are often reversed in a matter of days.

The reality is that most sites, if penalised, can take months to recover and that’s only if they’re working with a savvy team who can evidence prior success and access to the right data. Penalties get expensive, quickly.

4. In general, do you think that advertisers and the blogging community have a good relationship?

If you’re going to take money from someone for a service, you’re probably going to find yourself somewhere between being in a good relationship with them and suffering them gladly. The vast majority of bloggers we come across have a high degree of integrity and rarely acknowledge requests for advertising (unless they’re such strange requests that they’d make for entertaining reading, of course).

1. How often are you offered incentives to blog about a particular product or brand? Is it common practice?

Frequently – I personally get at least half a dozen approaches (of varying quality!) a week, but some of my blogging ‘betters’ receive that volume every day. It’s very common practise, and is seemingly being used for a lot of different objectives: coverage, SEO, reviews, awareness – hence why there are so many varying approaches out there.

2. Have you ever been offered payment (cash or otherwise) in return for writing about a brand in a positive light?

No, I’ve never had an approach like that – most approaches I’ve had to ‘review’ or post my own thoughts about something have been quite careful not to specify the tack I should take, which I expect is a very cautious and calculated tactic.

The reviews I have done have always had an edge of sarcasm to them in the past, and I’ve never had any sort of negative feedback from the brands in question.

3. Do you think it’s obvious when a blogger has accepted payment in return for coverage?

It varies. Some bloggers are very careful and strict about it, disclosing the payment in the introduction or accompanying blurb. Some make no mention of it at all – but it depends really on the blogger you have approached.

It also depends what you count as ‘payment’, too. Is receiving a product to review payment? Or does cash need to change hands? Another big factor is whether or not you are committing to a positive review by taking payment – lots of bloggers feel this is wrong and won’t take a payment even if it’s offered.

4. Do you know of anyone in your community who has been punished for accepting payment?

Not that I have heard of – a lot of them have been scared off by Google or SEO folk telling them that taking payment for posts could get them penalised, but I don’t know any actual examples of people definitely having been penalised for it.

5. In general, do you think bloggers have a good opinion of agencies and advertisers?

No, not really – and as a marketer myself, I’m in a fairly good position to judge. A lot of my contemporaries have the view that they are unimpressed by the majority of agencies, but they don’t want to rock the boat or risk being blacklisted by complaining.

Subsequently, I suspect 90% of blogger approaches end up being ignored. While I know there are some wonderfully intelligent agencies doing great work with bloggers, there are also a load more who give the agencies a bad name – lying, using shoddy SEO, patronising or just generally annoying bloggers. I could go on at length on this topic!

To read more of Henry’s views on this topic, check out his guest blog for Econsultancy on the 10 most common mistakes of blogger outreach. 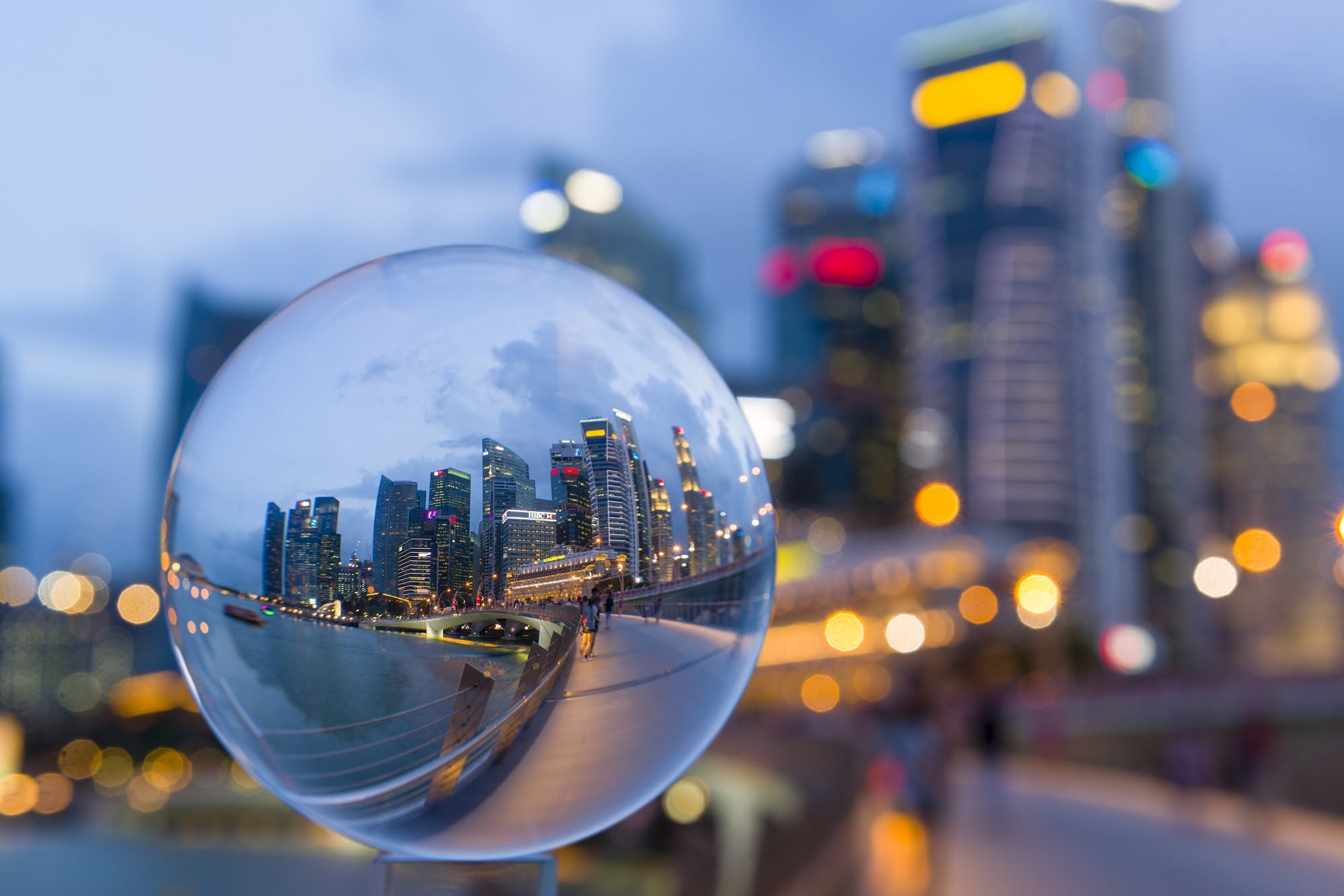 As we draw closer to the end of 2013, not a day goes by without someone committing a feverish ‘future of content marketing’ post into the marketing blogosphere.

According to these digital soothsayers, next year we are destined (doomed?) to see more native advertising, more video content, more renewed commitment to ‘story first’ strategies, and so forth.

These are all strategies and techniques you could have read about in 2012, 2011 and 2010. The truth is content marketing has been around for over a hundred years, but there are many who would be happy for it to remain in its predictable, boring and samey infancy.

To be quite blunt, content marketing in 2014 needs to grow up.

Tesco has announced the roll out of new digital screens that will deliver customised ads based on the age and gender of its customers.

It’s an interesting move and is just the latest example of brick-and-mortar retailers using digital technologies to help personalise the shopping experience.

Read on to find out more about Tesco’s latest trial as well as details of recent examples of other brands that are embracing digital in-store.