This week, a new report from Accenture has declared that the “post-digital era is upon us”, but is its declaration premature? And are we really seeing the end of digital transformation?

Plus, we look at how Air Malta’s digital transformation efforts are giving it clout despite its small size, and how newly-founded voice company Rabbit & Pork hopes to transform FMCG.

Are we entering a post-digital and post-transformation era?

Yesterday, Accenture released its annual Tech Vision report, Tech Vision 2019, entitled, ‘The post-digital era is upon us: Are you ready for what’s next?’

The 96-page report attributes the driving force behind our post-digital future to five main trends:

While we don’t have room here for a deep dive into the report’s findings, let’s take a broad look at Accenture’s concept of a “post-digital era”, and consider how far it is borne out by reality.

“Just as people no longer say they live in the “age of electricity,” the days of calling something digital to insinuate that it is new and innovative are numbered.

“The word is already passé in the consumer space. Soon, it will be the same for enterprise. There is no need to say you are a “digital business.” If you’re still in business, investing in digital is understood.”

To say something is “digital” these days manages to be both a buzzword and a completely redundant statement: it implies newness and innovation, and yet we know that being “digital” is more or less a given in 2019. Every business is a digital business to some extent.

While not all of today’s enterprises started out as digital businesses, or are wholly digital, you would be extremely hard-pushed to find a company that doesn’t utilise digital technology and/or the internet in some capacity – even if it’s just communicating via email, or having a website. Digital is the norm, and so like electricity, it shouldn’t need to be remarked upon: it powers everything.

The comparison to the “age of electricity” also recalls an idea that we’ve explored in a couple of previous digital transformation roundups: the notion that what’s currently happening with digital transformation is simply another instance of society adjusting to advances in technology, just as it has done with previous technological advancements that changed the way we live and work.

(For more on this, see our 9th November and 16th November Week in Digital Transformation roundups). 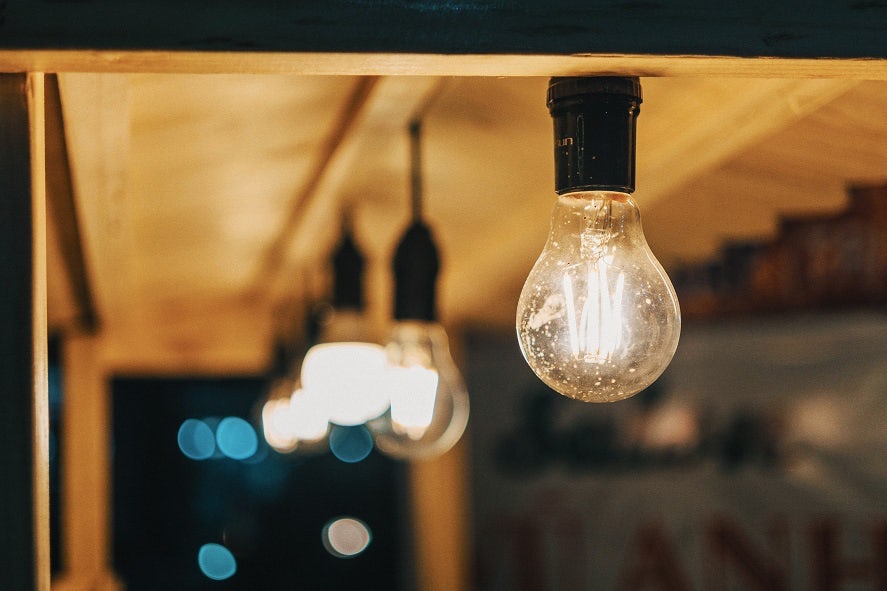 With all of that said, to illustrate why they believe we are living in a “post-digital” era, Accenture’s report authors draw on a number of examples of technology use that are far from commonplace. For instance, they relate how Japan’s largest ecommerce company, Zozo, is delivering “custom fast fashion” by using skintight spandex suits combined with an app to take customers’ exact measurements, then delivering custom-tailored clothing items to customers as quickly as 10 days later.

The report also cites Gilette’s partnership with 3D printing start-up Formlabs to create customised razor designs, thereby “catering to individual preferences in health and beauty”, and Virgin Hotels’ use of a preferences program that allows customers to select their favourite drinks for their minibar, and create a custom cocktail for them on arrival.

However, these instances of hyper-personalisation, while innovative, are still largely a novelty in this day and age. Zozo has only recently (as of July 2018) expanded the availability of its measurement-taking Zozosuits (a skin-tight spandex bodysuit) after the first iteration of the suit was hit by production delays and high costs.

And initial reports suggest the technology isn’t living up to its promise: coverage by Quartzy relays numerous tales of customers’ disappointment with their ill-fitting clothes, which far from being custom-fit, often weren’t wearable at all. The clothes also took months to arrive – a far cry from the company’s claim to provide “fast fashion”.

Meanwhile, the partnership between Gillette and Formlabs is currently only a limited pilot, and the customisation only extends to razor handles – not the whole design of the razor – which, as Tech Crunch notes, is “probably more of a novelty than anything”.

While there’s no doubt that what companies like Zozo, Gillette and Virgin Hotels are doing are forward-thinking uses of digital technology, and hint at the possibilities for the future, these experiments are a long way from being scalable or profitable, and I would be hesitant to characterise them as evidence that we’ve entered some kind of a “post-digital” age where technology like this is commonplace.

Daugherty and Carrel-Billiard do admit that “Realistically, the world is not yet at the point of everything being instantaneous”and write that we are “nearing a turning point in digital enterprise” – not that we have reached one. However, I am still sceptical that these examples are evidence of any kind of trend that business leaders need to worry about competing with; we are still some way away from seeing these technologies take off.

Is the end in sight for digital transformation?

Finally, I wanted to examine one of the report’s assertions that the dawn of the post-digital era means the end of digital transformation. Daugherty and Carrel-Billiard write that “We as a society are nearing a turning point in digital
enterprise, where more businesses will have completed their digital transformations than not.” 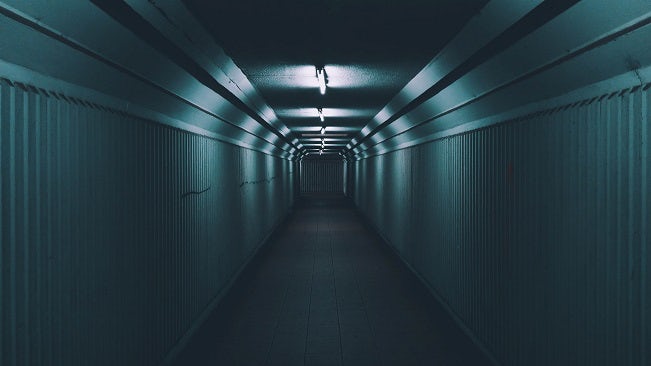 Small but mighty: the digital transformation of Air Malta

In a notoriously cut-throat airline industry, how does a tiny company like Air Malta, the national and publicly-owned airline of Mediterranean archipelago Malta, compete with massive enterprises? This week, Alan Talbot, Chief Information Officer at Air Malta, spoke to Information Age about why Air Malta’s size gives it an advantage.

While larger airlines can use their “muscle” – their huge scale and resources – to keep costs down, in some respects this heft can be a drawback: large enterprises in every industry are burned by legacy technology, and the airline industry is no exception.

“The aviation industry is clever, but it’s flashy and it’s highly exotic. On the other hand, the technology is still rather legacy. The big players are very reluctant to change,” Talbot says.

Air Malta, meanwhile, has that all-important attribute that has allowed many startups to outmanoeuvre larger technology companies in the digital age: agility.

That’s not to say digital transformation has been a walk in the park for Air Malta, but a crucial win early on where Air Malta struck a deal with Ryanair to incorporate its flights onto their website – and delivered this in just 11 weeks – gave the company a great deal of momentum. As Talbot explains, this helped to bring about a wider culture change in the organisation:

“So when even the most sceptical stakeholders in the organisation saw something of that sort could be managed internally, so rapidly, developed by tiny Air Malta integrating with Ryanair, that is something significant.”

“That gave us more courage, We’ve become bolder. We showed that we can become more agile [than the big airlines.] Now we’re going for them, now we know that there is a certain capability.

“And that is possibly the biggest change in culture that we’ve achieved.”

How Rabbit & Pork is bringing voice to FMCG

While I’ve previously expressed scepticism on this blog about the amount of hype that typically surrounds voice technologies, particularly voice search, I do think that voice has the potential to be transformative – just over a longer timescale than most people predict. And one of the best use cases for voice is in food and cooking.

Those consumers who use voice search frequently turn to it while preparing food, as this is a situation where people’s hands are often occupied or dirty, and it is easier (and cleaner) to call out a question instead of trying to use a smartphone. A January 2019 study by HigherVisibility found that 11% of people preferred to use voice search instead of typing while they were cooking, while 18% used voice search to find recipes, and 15% used it to carry out measurement conversions.

We are also now starting to see voice assistants in appliances like smart fridges and microwaves, opening up more possibilities for using voice technology in conjunction with food.

London-based agency Rabbit & Pork, founded in 2018, is setting out to harness this potential and create cutting-edge voice experiences for FMCG brands. Despite what its name might suggest, Rabbit & Pork is not a food company, but a voice company: “rabbit and pork” is cockney rhyming slang for “talk”. This week, Produce Business UK sat down with company founder John Campbell to find out about the agency’s goals and achievements with voice technology.

The interview highlights some of the genuinely revolutionary uses for voice technology that Rabbit & Pork envision: for example, the ability to ask voice assistants about dietary requirements (e.g. “Can a vegan eat an egg?”), the ability to ask voice assistants for product recommendations (e.g. which food brands are gluten-free, or Halal), and the ability for assistants to learn your household’s dietary preferences over time (accounting for allergies, for example) and adapt recommendations accordingly.

The agency created a prototype for this kind of voice application at a recent Food Matters Live B2B Summit hackathon, and took first place.

Campbell also explains how numerous companies could make use of this technology: not just FMCG brands but grocery retailers and takeaway brands. If businesses can provide data about ingredients and food preparation in a structured format to recipe websites and retailers, those companies can in turn make it available to consumers via voice when they ask questions about food and allergens – opening up a world of convenience to consumers, and improving the customer experience of their brands. 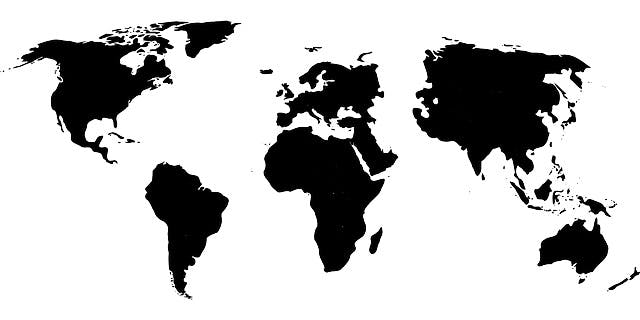 This month’s roundup of digital stats from Asia Pacific is lacking visuals, but is still compelling. 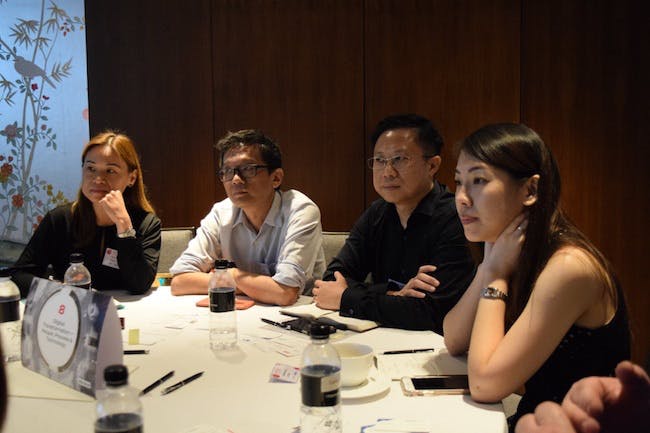 ‘Digital transformation’ has become a popular term for all sorts of different digitally-oriented projects and is at risk of becoming an ill-defined buzzword.