Companies are getting more and more accustomed to handing over data, whether it be ‘up’ into the cloud for CRM or over to an agency.

Part of what makes programmatic buying powerful is that the technology is, according to RTB.com’s Mike Miller, “data hungry”. It’s not just the use of first and third party data to match inventory to a desired audience. The more data available from the advertiser, the better.

That means that if a company is purchasing ad inventory on a performance basis (some form of ROI, be it cost per acquisition or even lifetime customer value), it makes sense to feed ‘success events’ back into the system. This data can be used to further optimise spend.

So, for example, if a gaming company is using programmatic mobile ads to encourage app download, looking at events post-install (such as in-app spend) can provide data to feed back into the advertising company’s data management platform. Mike commented that more and more of RTB.com’s customers are willing to share this kind of data as they understand how it could benefit them.

Part of this test and learn philosophy comes from the the heritage of conversion optimisation on desktop that is well established. Approaches for mobile should be just as accountable. 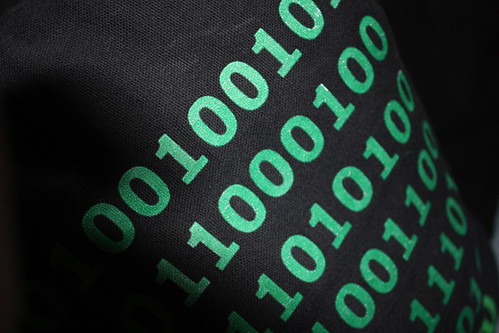 Many RTB bidders are transparent about handing budget back to advertisers if they can’t fulfill. Whereas some brands may be becoming sceptical about the way in which media agencies charge. This is a big area for debate and some people may be starting to feel there are too many middle men when buying media- media agency to trading desk to DSP.

Whilst I don’t want to start too heated a debate, it’s clear agencies are still working in their and their client’s best interest, but that some brands may be thinking about moving some spend direct to DSPs. As Google’s DoubleClick gets easier to use and companies employ more digital staff, it will be interesting to see how this plays out.

Algortihmic bidding and machine learning is behind the optimisation of real-time bidding. Machine learning is already powering companies such as AgilOne, provider of software that is automating segmentation of a customer base to improve marketing efficacy. The performance of smartphones, both CPU and data speeds, is enabling more and more watching of video on mobile. Many are also using mobiles at home in the morning and evening, particularly younger audiences.

Video is therefore an emerging area in programmatic mobile. As advertisers realise that just as on desktop, compelling display ads, particularly for brand advertising, are difficult to get right, more brands will push video. These video ads are often complementary to TV campaigns.

As mobile programmatic companies also buy tablet inventory, a device on which many watch large amounts of video, it’s a good channel for video ads.

A similar point to the increase in video advertising, more and more ads are going native. In the context of mobile advertising this, as on desktop, means no pop-ups, interstitials or ads at the side of articles. Native means ads that fit into the form and rough theme of of a site’s content. These are often images and text combined.

Although one might think it’s harder to sell native advertising programmatically, with publishers wary of underselling their best inventory, it is increasingly happening. And, as is the nature of programmatic, publishers are making the most of their longer tail inventory where dwell time is good and native ads can have impact.

A recent survey by Rakuten suggested that tablet use for shopping has increased by almost 42% across 14 markets from 2013 to 2014, compared to only around 10% increase on mobile. Tablets certainly played a big part in the 2013 holiday season.

Mike told me that iOS tablet owners represent the most valuable demographic (above iPhones, which can be matched by higher value Android handsets) and many brands are spending on mobile programmatic in order to target tablets. This is better than spending money on tradaitional RTB aross desktop, paying higher CPMs and hitting tablets, too.

The goal of programmatic, like that of all advertising efforts is to get the best quality and quantity for your money. This will undoubtedly improve as advertisers continue to understand users better, give up more of their data, improve mobile ad experiences and concentrate on the bottom line.

A recent trip to Japan got me thinking about the disadvantages of being an ‘early adopter’ of new products and technology, and how brands should encourage and reward those of us who get in ahead of the crowds.

In one, I found ‘easy to drink from’ vacuum mugs in a wide range of colours with a variety of sophisticated caps and drinking spouts.

The humble black screw top I had bought in the UK was completely upstaged by these colourful, feature packed newcomers.