Now, this may seem like a random fact about my rock n’ roll lifestyle, but bear with me, it all makes sense in the end (and apologies in advance for length and lack of concrete answers).

Recently one of our users asked why Econsultancy, as a company, aren’t generally active on LinkedIn. Given LinkedIn’s user base, you’d be forgiven for assuming that it would be our first social port of call, but we certainly don’t cover LinkedIn anywhere near as often as we do Twitter, Facebook or even Google+.

The truth is that we are active on LinkedIn, but possibly not in the way you might think.

Unlike Twitter and Facebook, LinkedIn doesn’t make it particularly easy to maintain a branded, unified presence. Yes, there are company pages available. Our own page currently has a couple of thousand followers, and we do update it regularly with news and new products.

We also showcase our conferences and other events on LinkedIn and run a few small groups, one for those starting out in e-commerce and digital, and two for users interested in multichannel and data analysis respectively.

They aren’t huge and aren’t particularly busy, but again we update regularly and they are useful points of call for anyone who may not be aware of our extended offering, who want to network or who use LinkedIn groups as a news source.

One of the main reasons for this is that, despite the obvious difference in size, LinkedIn could technically be considered a competitor to Econsultancy, albeit not a direct one.

Ultimately, we’d much rather users headed over to our own forums, or became members and updated their on-site profiles, rather than hanging around in satellite groups.

We offer a more focused agenda than LinkedIn, with a specific target audience, but there’s still room for crossover. After all, there are literally millions of marketers and professionals from associated businesses on LinkedIn, so it would be rather foolish of us not to want a slice of the pie wouldn’t it?

So how do we (and you) get around this?

Along with comments on our own blog, I also run a lot of searches on LinkedIn (along with forums, Quora, Reddit, Twitter and more) specifically in the Q&A section. Here’s a screenshot of a netvibes account I use to keep an eye on all of this: From Early 2010 until mid 2011, we targeted these questions, but not as a single entity. LinkedIn specifically promotes the value of the individual and close personal networks, so I would curate a few relevant questions each day and distribute them in an all-staff email with links. If they had time, members of staff were encouraged to dip in and answer a few questions.

If they felt like linking to a relevant blog post or a report, then so much the better.

A lot of people do this, but here’s the important bit: We always answered the question in full. Links were added with a ‘there’s some more in-depth information here if you’re interested’ qualifier. No hard sell (No sell at all for that matter), just exists’.

LinkedIn’s forums are full of people posting answers, but a huge amount of them read ‘Our software can help you with this’, or ‘suggest this expert:’ with little value in doing this, because it’s just spam. It doesn’t look good and isn’t helpful.

We also made a game out of it internally. We added a ‘share’ link to the site. When logged in, each member of staff could click this and would receive a unique code to share. Staff members were assigned as ‘campaigns’, with prizes for the member driving the most traffic or the most revenue each month: And it worked incredibly well. While last touch conversion relays a very limited view of social value (especially so in Econsultancy’s case), in this case it’s an excellent benchmark for success. And here’s the last touch conversion for ‘Answers’ for the same period:

Quite a big difference to say the least. Answers has over £50,000 pounds more direct value, and an average transaction value more than 285% higher than ‘normal’ LinkedIn traffic.

Eventually we decided to stop using personalised links because of the effect on SEO, but several of us still make a point of answering questions when we can.

Because we’ve stopped using these links we can also clearly check their long-tail value, which still regularly bring in a respectable trickle of traffic and a few extra conversions: The reason this works so well is simple. It’s personal, it’s useful, and it’s relevant. At no point are we spamming. We’re providing a complete solution each time.

But… if it’s not branded as ‘from Econsultancy’ Does it have PR value?

Each member of staff who joins in strengthens their personal brand, and the company brand as a whole. We gain value because we’re showing that we have an internal culture built around intelligent, capable people who offer effective advice, and we’re showing off the range and depth of information we have on offer. Pats on backs all round.

Reviewing these figures recently got me thinking about the power of extended networks and of ‘personal social media’. LinkedIn in particular emphasises this.

Several of our staff have networks numbering in the thousands on LinkedIn, and while they will occasionally add an update about our activity or point a connection at some info on our site, they always keep it highly relevant. No one wants to spam their personal network, so by encouraging staff to share, you can be reasonably sure that people aren’t being sent irrelevant content.

I’ve always felt that social media is most effective when you act as a social organisation, allowing all members of staff to join the conversation. For a long time this was (and in many cases, remains) beyond the pale in many organisations, and it’s easy to see how it could be considered unmanageable on a large scale.

However, a lot of our staff are active on Twitter (there’s a list of them here if you’d like to follow any of them. I can personally vouch that they’re an exceptionally talented, interesting and attractive bunch), and many of them retweet posts occasionally. Again, they only do it if it’s of interest to their own followers, so there’s that personal branding value again.

It’s also worth looking beyond traditional social channels and platforms when attempting to measure this. As you can see, ‘social’ ranks fairly highly in assisted conversion funnels, and is certainly comparible to email here (and in addition, I wouldn’t think it unreasonable to assume that the ‘direct’ channel is masking some social content as well).

As an aside, this also raises questions about email metrics. Email is often considered a last touch conversion channel, but if it ranks this highly in assists then perhaps we place too much emphasis on this, at the expense of other measurements which may provide a more interesting picture?

Steering things back to social, it’s worth considering email because every member of staff has an email signature. Here’s a screenshot of mine: (I’ve removed my phone number from that shot because I don’t really need any more payment protection insurance.)

As I’m social media manager, I certainly have a few more icons attached to mine than most people would, and they are a mix of official brand pages and personal accounts, but as I use a third-party signature app I don’t keep a close track on traffic that they provide.

It would however be reasonable to assume that some people click on my Twitter link from an email and follow me. I know it’s something I do from time to time, especially when I’m approached by a new contact or a company I’m not familiar with.

If we get useful traffic and generate conversions from our email signatures, does that count as email marketing or ‘individual social media’?

There are arguments for and against classification and in many cases it’s merely semantics, but overall (yes, there is a vague point to all this, promise), I think it marks an interesting example of the increased integration of marketing channels, and the need for ‘big picture’ analysis of social engagement.

I’d love to hear your thoughts on this. Have you made large-scale personal engagement a primary channel within your organisation, or can you think of any good examples?

It seems common among ‘one man band’ style social media pros, but I’ve yet to see any scaled engagement by a business. It seems to me that this would be an extension of the kind of relationship management that finacial orgs often carry out.

Would this be a viable model for larger businesses, or would corporate comms be unwilling to seed this kind of responsibility to staff in ops or tech, even if their answers and engagement are clearly labelled as personal opinion, rather than an official brand line?

As always, your comments are welcome below. 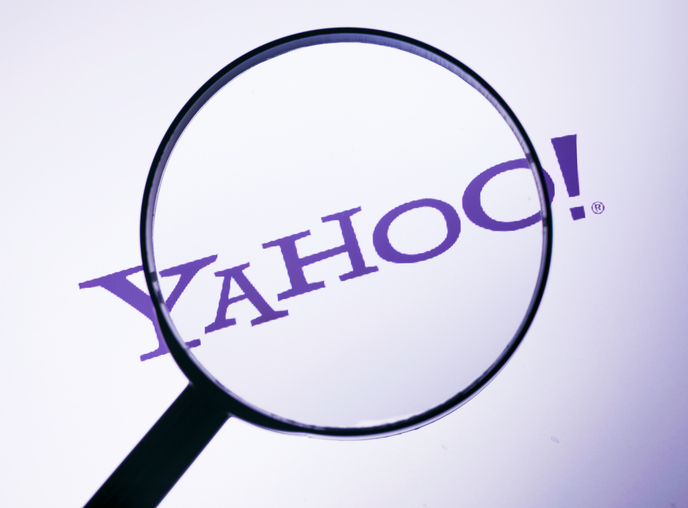 A failure to properly monetise its mobile platform has always been Facebook’s Achilles heel, so it’s no surprise that it has just acquired another mobile-based company.

Social gifting app Karma has become Facebook’s fifth mobile buyout so far this year, though the news was somewhat overshadowed by Friday’s IPO.

It follows the acquisitions of mobile companies Instagram, Lightbox, Tagtile and Glancee.