The timing is curious: the German brand typically sits in third place within the global sports rankings and has reported strong US sales recently; yet its position has been under pressure—notably from Under Armour—which is possibly the reason why it has sprung into attack.

Either way, prior to its opening, company CEO Bjoern Gulden declared that “investing in this new store—in one of the fastest paced cities in the world—will help us in our pursuit to be the fastest sports brand in the world.” He continued to explain that Puma were “committed to pushing the boundaries of sports, fashion and technology, and this store is the latest manifestation of that.” This is a heady ambition indeed, however, in reality this destination lags behind its nearest rivals.

Upon arrival, the customer is greeted by a giant ‘Suede Classic’ trainer that they can actually climb inside for an Instagram-ready photo. The shoe is flanked on either side by a modern inventory and images of Cara Delevingne, an ambassador: this trio reminds the visitor of the heritage of the brand (with its heyday in the 1970s and ‘80s) and its designs on impacting culture. It is a tantalising mezzanine. 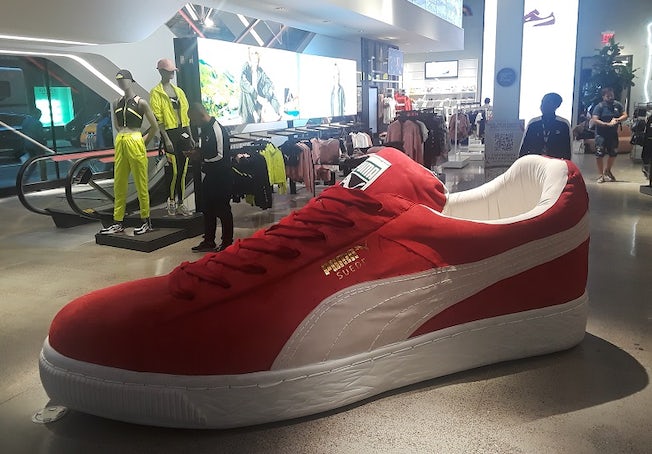 A short walk further inside reveals the first digital screen that offers online browsing or ecommerce via QR codes on product labels that shoppers scan. Inexplicably, the tech was unable to read the code. (Doors only opened on Labor Day!)

Towards the back of the lower floor is a huge digital display proudly showcasing images of New York. It appears that the primary purpose is for it to be photographed and posted to social media—this echoes a growing sentiment that stores should be seen as media outlets, as well as places for purchase. Whilst there may be truth to the theory, there is no substance behind the montage, and thus it feels like a wasted opportunity to drive-home the marriage of “fastest sports brand” and fastest city.

Much of the upstairs is dedicated to another phenomenon—that of experiential retail. Immediately after the escalator there is a ‘Birch’ coffee stall and seating area, with signs inviting people to a ‘Customization Workshop’ featuring artist Sue Tsai, a nice concept for locals. Dwell equals, sell after all…

In addition, there are bleachers where visitors can play the latest NBA 2K video game. This activation not only nods to the brand’s re-entry into the basketball market, but also a reaffirmation of the growing importance of e-sports. Next, there is the ‘Skill Cube’, where aspiring soccer stars can try out cleats on an AstroTurfed pitch with giant screens that place them (virtually) on AC Milan’s ‘San Siro’ playing field. Sensors track performance and sponsored athletes Antoine Griezmann and Romelu Lukaku coach the wearer throughout. Similarly, motor-racing’s Lewis Hamilton puts would-be drivers through their paces on a Formula One simulator.

Both are innovative installations, except that there is no one manning either, nor are there instructions on how to activate them, leaving them under-utilised.

Back to the shop-floor, where the customer is greeted with more screens, one of which is—seemingly—a mirror, but in fact has a camera for the browser to take a selfie and send to themselves. Others feature a range with the late Nipsey Hussle, however every product was sold out, which was slightly frustrating. (Furthermore, there is no back button on the touchscreen, so it is easy to get stuck in a rabbit hole.)

Finally, towards the avenue side of the space there is a personalisation zone: again, this section was closed (at 6:00pm) which was a shame. The ambition is for partnerships with “renowned artists and designers” such as BWOOD, Maria Jahnkoy, Même. Sue Tsai and Pintrill to bring “PUMA x YOU customization”. 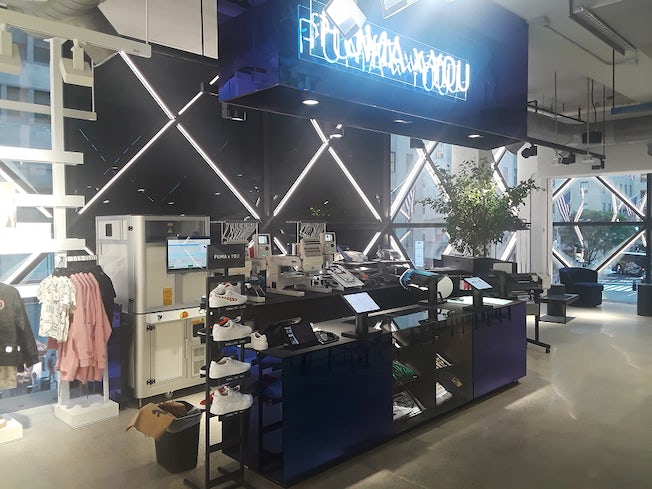 There is something commendable about any retailer who opens an ambitious store—especially if it is a first, on one of the most expensive streets in the world. Moreover, Puma has tried to reference a range of trends, from the impact of sneaker brands on culture; immersive retail; physical spaces as media; and ‘online’ attributes in an ‘offline’ environment.

However, the fact remains that whilst the elements are there, the overarching journey was clunkier than Adidas and significantly behind Nike’s ‘House of Innovation’. Maybe these are teething problems—hopefully so. Otherwise, whilst this will remain catnip for ardent Puma fans, the two top dogs will continue to rule the road. 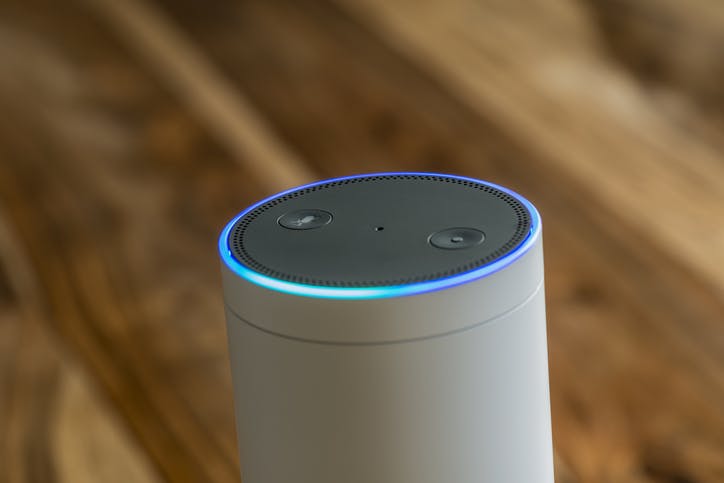