The new supermarket concept, known as ‘On the Go’, is due to replace Sainsbury’s Local outlets in nine locations across Edinburgh, Glasgow, Bristol and London in the coming months as Sainsbury’s tests the new format.

It is designed for busy urban areas, with displays oriented around providing food to go for the time-pressed shopper, such as a “grab and go” station at the front of the shop that will be refreshed three times per day, an orange juicer, a self-service coffee machine and a hot food area. The new store concept also places an emphasis on sustainability, with wooden flooring and signage throughout, and refrigerators powered by cold water. 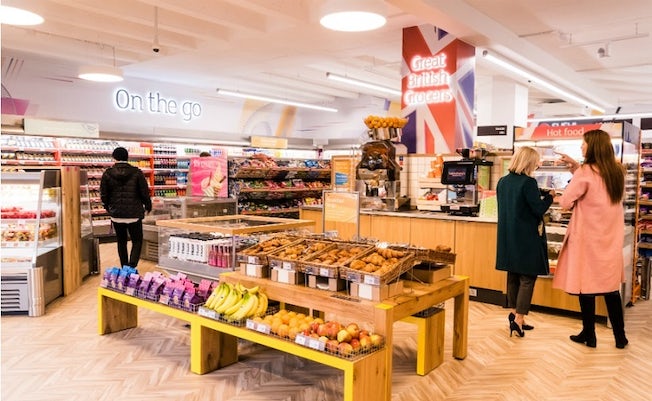 More importantly, Sainsbury’s has streamlined and tailored the range of products available in-store based on the purchasing habits of shoppers in the local area, using data from its Nectar loyalty card scheme.

Retail Week reports that Sainsbury’s has cut back its ambient (shelf-stable) range of goods by around 30%, stocking for example just one line of jam, tomato ketchup, and mayonnaise. All in all, 87% of the items stocked in the On the Go store are tailored directly to local customers.

“The offer is very customer-centric – it is so geared towards what our customers want in this vicinity,” Sainsbury’s Managing Director for the Central Zone, Darren Sinclair, told Retail Week.

“Because it is based on Nectar data, and we only sell one jam or one ketchup, every single product on the shelf here earns its place – but we know it’s the right one for this customer base.”

A number of other features in the store are designed to provide the maximum convenience for customers.

Perch tables at the front of the store mean that they can choose to eat in as well as take food away. The Tobacco and Lottery desk doubles as a pick-up point for click-and-collect orders from Argos and Tu clothing, which will aid in bringing footfall to the new concept store and allow shoppers to achieve more with their visits.

How click & collect could bring traditional retailers back to life

Shoppers also have a range of payment options, from manned tills and self-service checkouts to using the Sainsbury’s SmartShop mobile app to pay for goods.

The inclusion of tills in On the Go stores shows that Sainsbury’s has learned its lesson from its ‘till-free’ grocery store experiment last year, which conclusively revealed that customers prefer to have multiple options for payment throughout the store. However, the new On the Go stores might aid take-up of the SmartShop mobile app, which is still only available at select stores across the country, if the payment process is frictionless enough.

It will definitely be interesting to see how Sainsbury’s ‘hyperlocal’ and data-driven stocking strategy plays with customers at its Mansion House store, as well as how well it will scale once Sainsbury’s decides to roll out more On the Go stores in other urban locations. As with other types of personalisation, there is a fine line to tread between providing the customer with something they didn’t even know they wanted, and making choices for them which they would rather not have had made.

The move is somewhat reminiscent of Amazon’s data-driven physical bookstores, which are stocked according to which titles are most popular based on Amazon’s massive troves of online data. The key difference with Sainsbury’s On the Go concept – apart from that it sells groceries, not books – is that Sainsbury’s has access to genuinely local data about shoppers’ habits in a particular area, whereas Amazon is just applying blanket criteria about what’s “popular” across all of its stores.

Sainsbury’s also isn’t visibly signposting the fact that its stock is data-driven, something that Amazon very proudly did, making the act of shopping in its bookstores a little surreal and putting off some shoppers. Instead, the invisible curation of goods will hopefully just appear natural and useful – an extension of the ‘convenience’ concept that permeates the store.

While it’s early days yet for the new concept, it seems like a natural evolution for supermarkets in busy urban areas, housing everything that a shopper could need – quick food to go, eat-in options, and groceries – under one roof. On the Go stores could succeed in pulling some business away from cafés and restaurant chains – or simply help Sainsbury’s to compete with other supermarket brands, all of whom are vying for the custom of shoppers looking to make a choice about where to grab a quick lunch or breakfast during the work day. 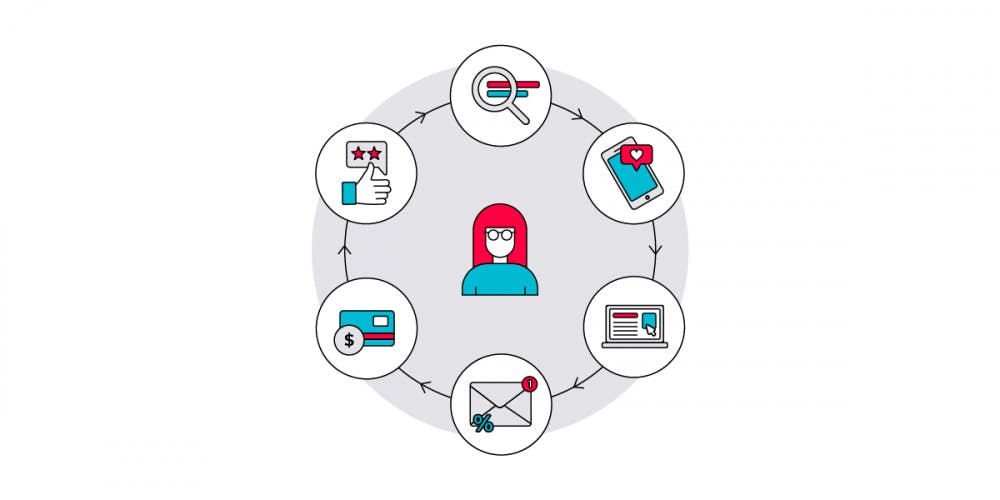 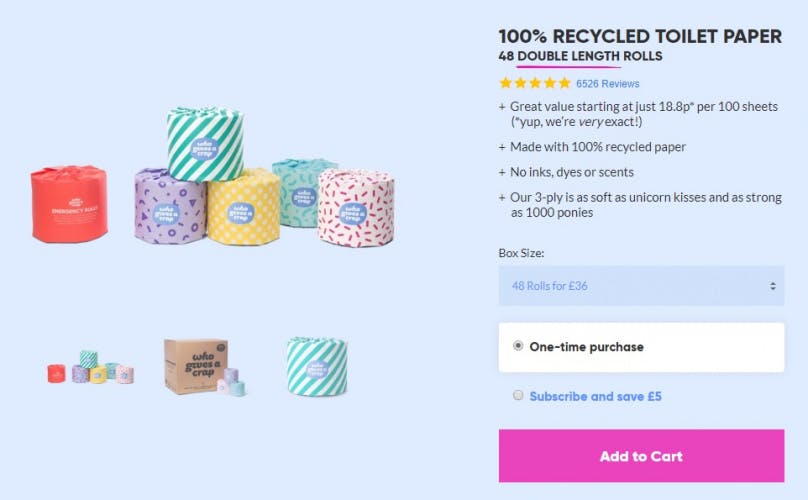 Chances are you haven’t thought much about the ethical and environmental impact of your toilet paper. But if you have, would you be willing to pay more for toilet paper that has a positive impact on the environment and contributes towards social good? 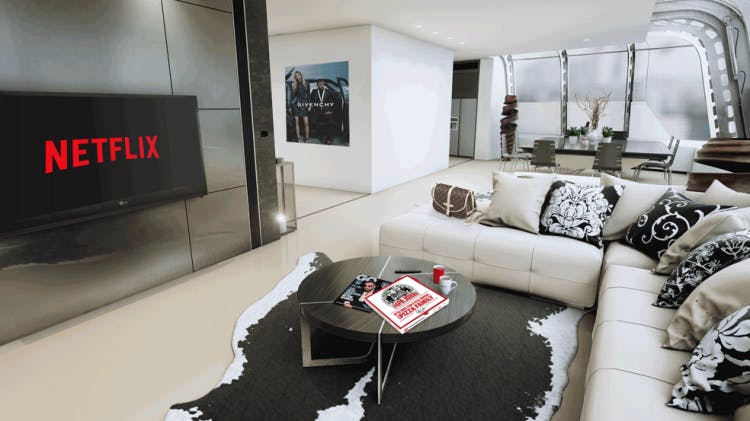 Augmented reality (AR) is quickly becoming one of the most interesting technologies in the digital space.