Thanks to innovations like lead tracking tools, customer relationship management (CRM) systems, data collection and automation, people working in sales, marketing and advertising have an unprecedented ability to understand who is visiting their product or website – and target them with precision.

However, it isn’t always a good idea to show off how much you know about a potential customer. About three weeks ago, I clicked on a link in an email from a content marketing company (who shall remain unnamed). I actually thought I’d managed to filter out their emails, but apparently this one slipped through. It was a survey about publishing, so I clicked on it, before quickly realising that I wasn’t their target audience.

Unfortunately, the damage had been done, as moments after leaving the website, I received this email:

My immediate reaction was not, “Ooooh,” but “Ewww.” I’d spent only moments on this company’s website and hadn’t been aware that I was apparently opting into sales messaging by doing so (Editor: Let’s not get into the detail of GDPR regarding email communications with businesses). I’d had no intent to purchase, and shown no intent to purchase, but over the course of the next three weeks I received five emails in total from this company, using different methods to try and get me to book a call, or a demo, of a product that I had no interest in.

As a case study, this example shows how disconnects can occur in automated processes, causing the wrong person to be targeted with the wrong message – in this scenario, the lack of awareness that I was following a link to a survey, rather than organically coming across the website or browsing it because I had interest in the company’s product.

The approach used also shows a few things not to do if you want to entice a potential sales prospect, rather than turn them off.

What not to do

Analysing my knee-jerk “creeped-out” reaction to the initial email, why did I find it so off-putting? Part of it was the speed at which I was sent it, not moments after leaving the company’s website.

Granted, it wouldn’t have done the company any good to wait longer than that, as I would doubtless have completely forgotten even visiting their site and would have been even more confused by the cold email.

But it would have made more sense for the company to reach out while I was browsing (though my brief visit could barely have been called that). I’ve visited plenty of vendors’ websites in the course of researching articles, and often see some kind of live chat pop-up in the corner of the screen thanking me for visiting the site and asking me what I might be looking for.

I prefer when these dialogues have pre-determined responses (including “Nothing, just browsing” or “No, thank you”) that I can select to end the exchange, but there’s also nothing to stop me from ignoring them outright. And when I close the website, the message disappears with it. 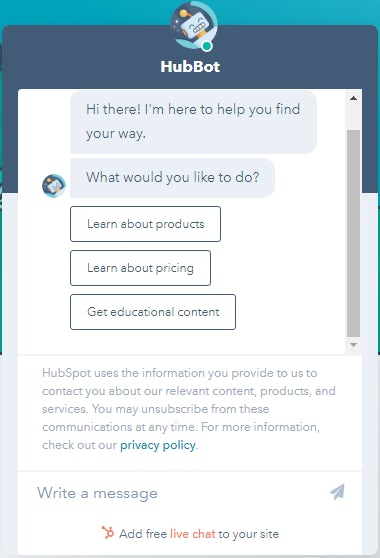 HubBot, the in-built chatbot on HubSpot’s website, is a good example of this approach in action

By comparison, a sales email addressed to me landing in my inbox feels… intrusive, and unwanted. While most email best practice dictates that people want to receive “personalised” emails, I feel this applies more to existing customers of a business than to cold sales emails. Personally, I would have preferred a more neutral “Hi there” instead of an email that screams, “I know your name and who you work for”. Though they also didn’t quite get my role at Econsultancy right, which is something that I’ll talk a bit more about in the next section.

Also, there was the sheer number of emails I received in a relatively short space of time. Granted, I know how these types of messaging campaigns are set up and realise that in hindsight, by opening each new email, I was probably ‘opting in’ to further messaging. However, people open emails for many different reasons, and after three emails with no other action taken and no signs of interest, you would think that there might be a rule built in to discontinue emails.

I think the problem is that these kinds of campaigns are always geared around the assumption of potential interest, or the possibility that a prospect might be wavering, when it would probably be a good idea to consider a different scenario. “If this person is still early in the consideration phase, what might push them away?” And then try to avoid doing whatever it is that would put a person off your business.

Cold sales propositions aren’t always a bad move, but they require an artful approach – and the possibility that your audience will at least be receptive to it.

In a way, the company that approached me knew both too much and too little about me: the emails contained too much personal information for my liking, but also demonstrated a lack of knowledge about my role and what it entailed.

Sometimes, showing off the amount that you know about a sales prospect can be well-received – again, with the right audience. In a previous role, my Digital Director was carrying out research into marketing automation platforms when a sales representative from one of those platforms rang him up – and proceeded to demonstrate exactly how much information he knew about the director as a potential prospect thanks to their platform. Needless to say, the director was impressed.

This approach might well be off-putting to the vast majority of people, and it highlights the importance of context and a tailored approach to sales outreach.

Unfortunately, this sort of nuance is not always easy to achieve with marketing automation platforms that follow a predetermined set of rules. Nevertheless, it’s important to consider the people on the other end of these approaches and how they will receive them (that’s the all-important “human touch” that still needs to be applied to marketing – no matter how good your tech is).

Otherwise, you might not be seeing much by the way of returns – and you might just wind up the subject of an Econsultancy opinion piece. 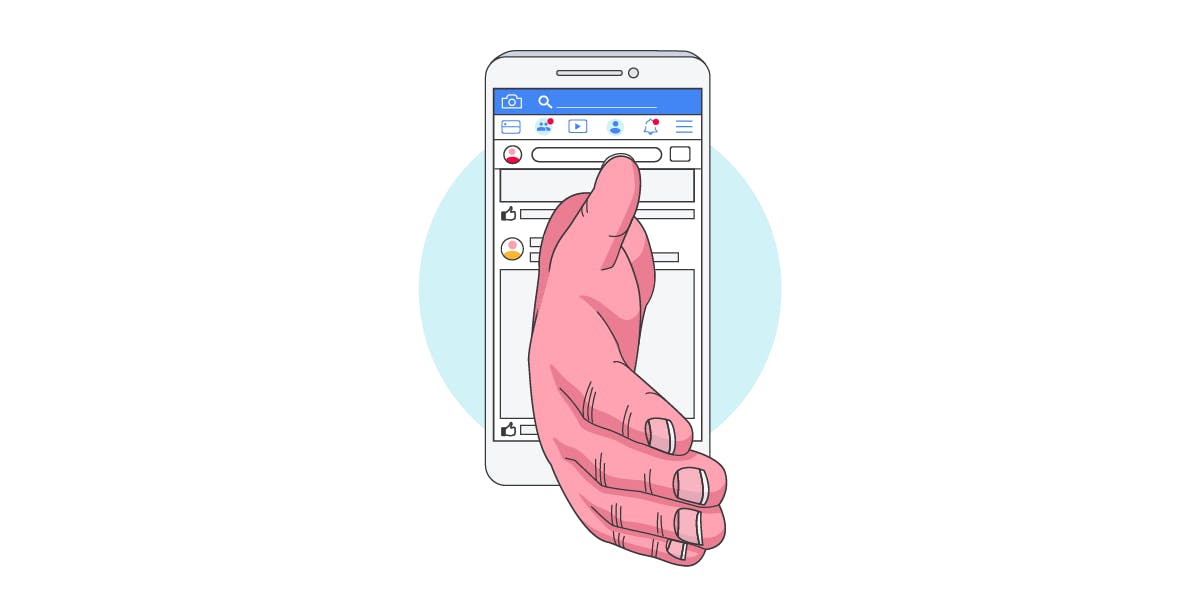 Account-based marketing (ABM) is a hot term as of late, with B2B marketers seeing it as somewhat of a panacea given the amount of noise in the market – particularly within the battleground of the inbox.