For SceneTap, the goal is to provide “a new look into nightlife through the eye of technology.” For venue owners, the company’s technology can provide greater insights into customers. For club-hoppers, SceneTap hopes that technology will turn it into an indispensible resource for finding the perfect spot to spend a night on the town.

Currently, SceneTap is working with venues in seven US cities. One of those cities is San Francisco, a market the company entered last week through partnerships with 25 venues.

Perhaps not surprisingly, SceneTap’s expansion is putting it on the radar — and in the center of controversy. VentureBeat’s Jolie O’Dell had harsh words for the startup, suggesting it’s no better than the now-shuttered Foursquare-based Girls Around Me app. Other commenters have referred to SceneTap as “creepy” and suggested that they’ll avoid venues using it.

According to SceneTap, all the data it collects is anonymous in nature and nothing it gathers is stored permanently. But some of the visceral reactions to SceneTap highlight an important fact: data collected passively and anonymously can still be problematic.

That data is being collected isn’t always problematic. And the nature of the data sometimes doesn’t matter. What often matters most: the manner in which it’s being collected. In the case of SceneTap, the idea that hidden cameras are silently scanning the bar keeping tabs on crowd sizes, male-to-female ratios and patron ages is, to some, bound to make a bar that was once a favorite hot spot into a not spot — even if one trusts that SceneTap isn’t doing anything that would expose personally identifiable information.

Whether SceneTap will become an ubiquitous part of the nightlife scene remains to be seen, but one should expect more and more companies like it to emerge, potentially helping to create new opportunities for business owners and marketers while at the same time creating tensions between business owners and concerned customers. It’s hard to predict a lasting and sustaining innovation. How do we determine what will become a platform and what we will build our lives around?

Companies are all facing this issue right now. How can brands build a social customer strategy with the continual creation of new technology and new social platforms?

At today’s Lithium Network Conference, Lithium CEO Rob Tarkoff kicked off his keynote discussing innovation and how we have not always realized the moments that will change how we behave as consumers, communities and businesses. So, he stressed, we need to take time to step back and be objective.

The iOS and Android app is free to download, though there is an a-free version for £4.99.

It offers live travel information and the ability to plan journeys ahead of time.

PayPal may already be ubiquitous on the web, but the payments giant has its sights set on much bigger fish offline.

In an effort to bring PayPal purchasing to the masses wherever they shop, the company yesterday announced pacts with 15 major retailers in the United States that will give consumers the ability to pay for their purchases using PayPal. 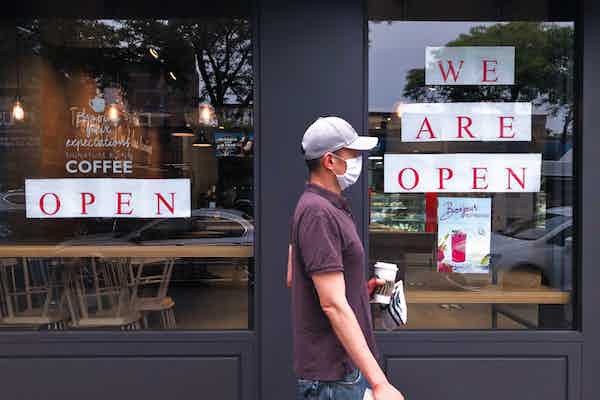 What makes a great ‘we are reopening’ email? Here are some things to aim for, as illustrated by examples including the Natural History Museum.

Claire Hazle is Director of Digital Self-Service at Legal and General, a company she joined halfway through lockdown. Hazle gives us an outline of how L&G is responding to the crisis, and what her average day looks like.