The constant introduction of new and innovative processes means that strategies can shift frequently as SEOs and marketers try to work out the best way to deal with new online environments.

From Google updates to advances in technology, the methods we use to measure the success of an SEO campaign, however, may not always be giving us the full picture.

Many in the industry still cling to the growth of organic as the metric to measure success but, while it’s still very important, we’re not measuring like for like when comparing with years gone by.

So how are SEOs missing out on credit, and what else should they be looking at?

Traditionally, the way we judge the success of an SEO campaign is by the growth of the organic channel. In essence, the more visits and sessions that come through this channel, the better.

While search has become more expansive, encompassing everything from online PR to social, this metric of success has remained constant.

Put simply, though, this isn’t as simple a metric as it once was to judge success.

By making technical changes to improve a website and producing engaging content, you can make sure your web presence gives off all the best signals to Google and hope that has a positive effect on organic traffic.

However, as Google’s algorithm becomes more precise and complex upon how it analyses sites, it’s not a sure thing.

Organic search is primarily about SERP rankings but, with new additions to results pages such as the carousel and answer box, good rankings aren’t the sole route to success. For example, there’s evidence that the answer box – which scrapes content from ranking results – quite often doesn’t choose the top ranking site.

So, even if the authority of your site means you’re not ranking as well as you could, Google could still recognise quality information and place you in the answer box.

Conversely, you may be ranking well but may not be receiving the clickthrough rate that you once did if a competitor gets their content in the answer box.

The importance of quality on-site copy has, therefore, never been more pressing.

The boundary between organic and direct has blurred

As the industry has naturally evolved it’s become more difficult to definitively attribute traffic to one channel or another.

A number of factors, including improvements in browser technology, have meant that traffic that would once have been attributed as organic traffic is now being attributed as direct.

Although technology is advanced in these fields, SEOs are still selling themselves short by just looking at organic when, as part of optimising organic, we can drive more traffic than we are often credited for.

Groupon ran an experiment in 2014 in which it deindexed itself for a full six hours (not something we’d recommend trying!) to try and understand how users were truly getting to their site.

By deindexing its website, Groupon removed the possibility of users finding their site through search.

Users could still get to the page by entering the website URL in the address bar, for example, or if they had it saved in their bookmarks, but it allowed Groupon to look at how both direct and organic search was affected by it.

Measuring its longer URLs (e.g. www.groupon.com/local/san-francisco/restaurants), the company saw that as organic traffic dropped to near zero after the change, direct traffic also dropped by 60%.

This big chunk of what Groupon thought was direct traffic dropped as soon as the site was de-indexed.

Indexing is purely for search purposes so that Google can crawl your site and offer you up in its SERPs.

If this traffic disappeared, it could indicate a couple of things. While the problem could be metric based, for example, an issue with the website’s Google Analytics tracking, it could also be as a result of misattribution.

One study isn’t evidence of an industry-wide problem, but it does highlight the need for SEOs to better understand and measure the true source of their website’s traffic.

The way we search has changed and that’s partly due to the advancement of browsers. Modern browsers have evolved to look and work differently to their ancestors.

In the past, when we were searching for something online, we would enter the address of a search engine and then search for the query or just search directly from the address bar.

The search engine then delivered SERPs based on our query and we would click through to the relevant website.

While that is still a common method users use to search, today, browsers may even suggest a URL from your history when you start typing a query in its address bar.

If you click on this suggested URL, that traffic bypasses a search engine and is attributed as direct. Browsers such as Chrome or Safari are clever enough to now know what brand you’re searching for even after an incomplete search is entered.

In both instances, this means that some traffic you once took previously took credit for as organic could now be recorded as direct traffic and therefore not reported on. Fig 2. Desktop chrome suggests relevant URLs from a user’s history based on a generic query

Mobile browser usage varies quite a lot compared to desktop. While Chrome and Safari still take up most of the market, Android’s own internet browser is used by around 11% of mobile users, and Firefox barely features at all.

This is important as, even since improvements in the referral data from mobile visits, there’s still a lack of consistency.

Some mobile applications often do not send referral data, so traffic almost always comes through as direct.

For example, if a user clicks through to your site from a Google Maps app – an app which pulls data from the Google My Business listings you’ve optimised as part of your SEO strategy – then you’re probably not getting the credit for it.

Fig 3. The Apple Maps app uses Yelp & Apple Maps Connect to send traffic to a website, however, this is attributed as ‘direct’.

Google Earth and the Google Maps app will also attribute this to ‘direct’. Another reason why we may see less organic traffic hitting a website is if a user has an app for the relevant site that appears in the SERP.

Clicking the SERP listing can now direct users straight to the content ‘in-app’, without hitting the website at all.

If you are solely responsible for sending users to a website, this will reduce the amount of traffic you’re seeing.

Local listings are vital to businesses with physical premises, especially those who rely on local trade.

The people nearest to you are most likely to use your services, so making sure you’re being exposed to this audience is vital.

However, they can also be of great benefit to your SEO strategy.

The most important part of local listings is that you have standardised, consistent details about your business across the web, particularly the name, address and phone number (NAP details) – specifically in your Google My Business account.

The details you put in are dragged through to Google SERPs with local listings and Google Maps / Google Earth so they need to be correct.

Your business listing will be more trusted, and rank better if Google can see that the NAP details are consistent across a number of aggregators.

So, it’s for that reason that many SEOs undertake a task of adding consistent listings on platforms such as Yelp.

Fig 4. Yelp, a local search engine or a social platform?

This issue here is that by creating and optimising this listing (initially to boost their organic local presence), many SEOs neglect to take credit for the relevant traffic that these places can drive.

Yelp, for example, has around 150m unique users per month. While it is technically classed as a social platform by Google Analytics (by default, this can be reconfigured), it has many of the same features as a ‘local search engine’.

We also have various changes that Google has made in recent years to the layout in mobile SERPs.

Currently, the ‘local pack’ doesn’t have an immediate website click-through option unless the listing is expanded.

The main action you’re encouraged to do is click-to-call, an action that will bypass the website (and any call tracking), thus SEOs may neglect to take credit for that call.

Fig 5. A mobile SERP for the term ‘sheds’, showing click to call option in the ‘local pack’ There currently isn’t any robust way of understanding what traffic the My Business listing brings via analytics, but you can regularly share the reports dashboard provided in the platform to highlight your work.

Google isn’t the only map

Google Maps is a great tool, but it’s also not the only tool out there. Apple Maps, while still lagging behind Google Maps, has the advantage of being pre-loaded on millions of new iPhones.

The rival to Google Maps uses a number of sites to pull through its data, but you can be sure it will pull your Yelp business listing so you need to make sure they are optimised.

You can also add/manage your listing via ‘Maps Connect’. As with Google Maps, traffic from Apple Maps generally is attributed as direct.

This means that even if you’ve optimised your listings you’re not getting the credit through those precious organic search listings.

We can compartmentalise different aspects of search into organic and paid channels but the end goal is the same: impressions, clicks and, ultimately, conversions.

Instead of splitting our departmental efforts into individual channels, we need to realise that search has changed.

The organic channel is still an important metric to measure success, but there is so much more to showing the true value that your endeavours as an SEO brings.

Taking a narrow view of ‘solely measuring success via improvements to the organic channel’ is neglecting the wider value of your digital marketing endeavours.

The key to all of this is data is simple: make sure you know where to get all the information that shows the value you’re providing and take credit for it.

Send your client or managers reports from your My Business account, Apple Maps Connect and try to understand the organic influence on direct, Yelp and others.

Include referral traffic data from links and listings that you created and app analytics data with organic as the source.

Look at all the work you do across your campaigns and provide examples and data to show the full effect your work is having.

Buried deep in newspaper reports and press releases about 2015 figures and a pessimistic outlook for retail chain Next this Easter weekend was some fundamental news.

“Next is planning to save £8m by not sending out glossy catalogues to shoppers who don’t want them” said The Telegraph on Good Friday. The money freed up would be directed into digital, it stated. 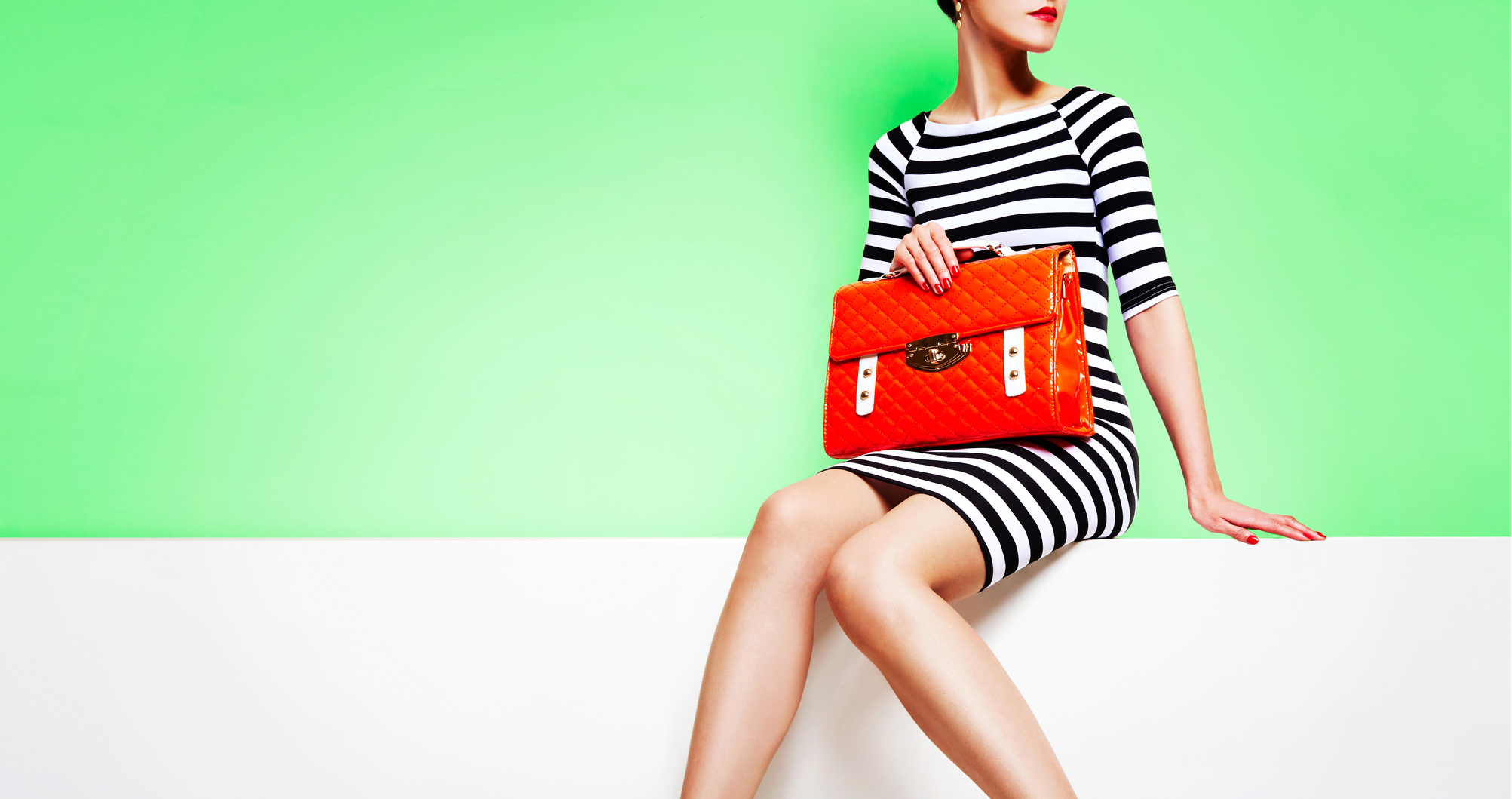