As such it’s probably no surprise that the industry is ahead of the curve when it comes to making the most of earned media through social channels.

I was intending to compile a post full of relevant examples from various car manufacturers, but Porsche deserves a dedicated post, as – despite not allowing employees to use social media platforms in the workplace – it is doing some tremendous things in this space.

It could have posted a simple status update, but instead Porsche decided to add the names of 1m of its Facebook fans onto a brand new 911 GT3 R Hybrid, it’s finest car, which will be displayed in the Porsche Museum.

If you’re a fan you can search for your name via a dedicated microsite. This is a fine example of ‘giving a bit back’ to fans, and has a definite feelgood factor. Amazing.

We featured Porsche’s ColorStyler in our recent best practice guide on How To Create Facebook Pages, and it’s a great example of a custom Facebook app that people love to play with.

The ColorStyler app lives on its Facebook page and is part of the reason why it has amassed more than 1.3m fans. Both interactive and simple, it allows you to select your favourite model of Porsche, choose a colour preference for the body and wheels, and then display a picture of your dream car onto your homepage.

Being a master of understatement and blending into the background, I’d rather like one of these…

This is another Facebook app that invites Porsche owners to share their own stories and pictures of their cars, both old and new. Almost 4,000 people have contributed to the Family Tree. UGC FTW.

This game popped up on Foursquare earlier this month to coincide with a Steelers vs Packers event.

Porsche “turned the state of Dallas into a playing field” and invited Foursquare users to create a real-time online photo gallery, by taking snapshots of Porsches and mapping them to a location. Images will be added to the company’s Facebook photos.

A neat example of location-based marketing.

Porsche’s Facebook Wall has become its main consumer communications channel, and a very effective one at that.

Yesterday it uploaded a ‘World Premiere’ video of the new Panamera to YouTube and shared it with fans, resulting in more than 27,000 video views, around 5,200 ‘likes’ and 335 comments.

Of all the major social media channels that Porsche uses, Twitter appears to be the least developed, with the @porsche account springing into (official) life last summer.

Nevertheless, it appears to post multiple status updates every day and does a good line in cross-promoting its USA shop, which has a dedicated account that is in the habit of running competitions and giveaways.

Expect its 8,500 followers to grow substantially in the months and years to come.

Rebuilding trust with your customers isn’t easy following a major
crisis. Sadly, relationships that take years to build can be harmed or
destroyed entirely practically overnight.

Alibaba, the Chinese business-to-business marketplace that Yahoo owns a
substantial chunk of, is the latest company to learn that lesson the hard way.

“It’s not you, it’s me. Actually no, it is you. You keep sending me boring, irrelevant emails that I don’t want. Our email relationship was going really well at the beginning  but now its fizzled out and I’m unsubscribing from your emails. For one thing, you just send me way too much. It comes across a bit…desperate.”

As an email marketer, does reading this make you cringe? Are you afraid this is what your email subscribers would say to you if they had the chance?

The unsubscribe process doesn’t have to be as painful as a “Dear John” break-up letter, but with the way some brands go about it, it might as well be. 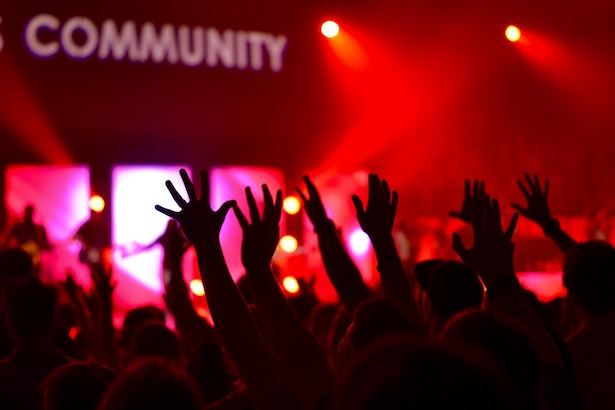