Then as soon as you’ve ungrasped my arm I will feel comfortable enough to say “no of course you shouldn’t build an app, they’re a complete waste of time, money and only a complete buffoon would think they’re a good idea” before running off into the night, leaving nothing behind but a fake moustache dangling in the breeze.

So yeah, I’m not much of a fan of apps. But why is that? Why do I think they’re such a pointless waste of resources? In this article I’m going to try and get to the bottom of my own rationale, before tossing it aside to present as many reasons I can find which challenge my own preconceptions and maybe those of other naysayers too.

I’m not going to lie, writing that heading provoked a mischievous grin, which clearly means I’m doing something wrong, but here for the record are all the reasons why apps are pointless.

That was a whole heap of negativity wasn’t it? Let’s see if we can’t redress the balance a little. After all I’m keeping half an eye on my iPhone and I realise that I do… shhh… have a few retailer apps on there.

So what makes me use the few retailer apps that I do have?

Let’s take the eBay app as an example. If you’re already familiar with the eBay app then you will have just nodded in recognition of its user friendly beauty and general brilliance.

The eBay app is a masterclass in app design, so much so that I prefer using it to the desktop version of eBay. There are smaller elements that make it preferable: the simpler layout, the less cluttered design, the pure joy of a swipable interface, to the much more sophisticated tools such as the ability to use the camera to immediately upload images and scan barcodes for product information.

These are handy, time-saving features that only the mobile app can utilise, and which make it the superior version of the eBay experience. It’s an example of an app that deserves to exist. It’s clear that it was developed completely separately from the desktop site, with the mobile user experience top of mind.

Other retailer apps that I kept beyond the initial download and have so far refused to delete include Tesco, Threadless and the Argos app. The reasons behind why I like these are similar to the ones behind my retention of the eBay app. I like the design and certain camera functionalities. But then again each one of these retailers already has a perfectly great mobile website, so what’s the point of them having an app?

Why retailers should have an app

Your competition has one

Quite simply, if someone who loves using apps is looking for a good fashion retail app to download and your fashion retail brand doesn’t have one, than that person is going to download your rival’s and give it all their app-related custom. According to NN4M’s blog post on retail apps, about 79% of the top 25 retailers in the UK have transactional mobile apps, while 40% of the top 125 do.

Look at your smartphone with its giant screen. That screen is just begging to be filled with lovely little square images. And that screen is only going to get bigger too. Some people just love using apps, it’s been ingrained in them since they first bought an iPhone and started rinsing the app store for all its worth. Why spite them by saying “apps are dead, use the mobile web instead, it’s much trendier” when apps are just what they prefer. Surely the first rule of commerce is customer satisfaction. According to Flurry, and as reported in the NN4M article, in 2014, mobile users spent 14% of their smartphone usage time on mobile web compared to 86% of that time in apps. Flurry also found that consumers spent more time in retailer apps than apps in any other shopping category.

According to an ABI Research survey 40% of US respondents who had downloaded a retailer app said they bought more of that brand’s products. 46% also said the app caused them to visit the store more often. Walmart customers who use its app spend 40% more than customers who don’t.

Communicate with your customers instantly

Your app can use push notifications to immediately inform users of information, updates or other relevant news. Just don’t bombard them day and night or you’ll soon see your app deleted, as users can rarely be bothered to go into Settings and turn off the notifications for your particular app.

An app can utilise the smartphone’s inbuilt technology (camera, ibeacon, NFC) to make in-store payments a breeze. Forget contactless payment, imagine not even needing a card at all. iBeacons are currently helping Apple identify customers in its stores, greet them via the app, be guided through the store’s layout, be shown product information and be offered on-the-spot promotions.

Again, if an app is to be vital to the user and to even justify its very existence, it helps if it utilises technology in the phone that the mobile web can’t, like the camera and location based features we’ve already discussed, but there are other good uses too.

Loyalty schemes are a particularly good feature for an app. Starbucks is one of the big successes in retail apps and this is mainly because of its app being essentially a loyalty card ‘on steroids’. Retail apps are often used for customer retention and of loyalty schemes are a fantastic way to keep existing customers… hmm, I’m looking for another word here that isn’t loyal.

Look at that, I found one more reason for building an app than I did against building one. Who could have possibly predicted it? Okay so I’m being slightly disingenuous, being as I deliberately wrote this article to challenge to my preconceived notions.

Here are some final thoughts. If you’re a retailer, please focus on your mobile website first, whether that be responsive, adaptive or an .m site. It’s best for everyone, your brand, your business and most importantly your user.

After then, by all means build an app. But only if it achieves one or all of the following… 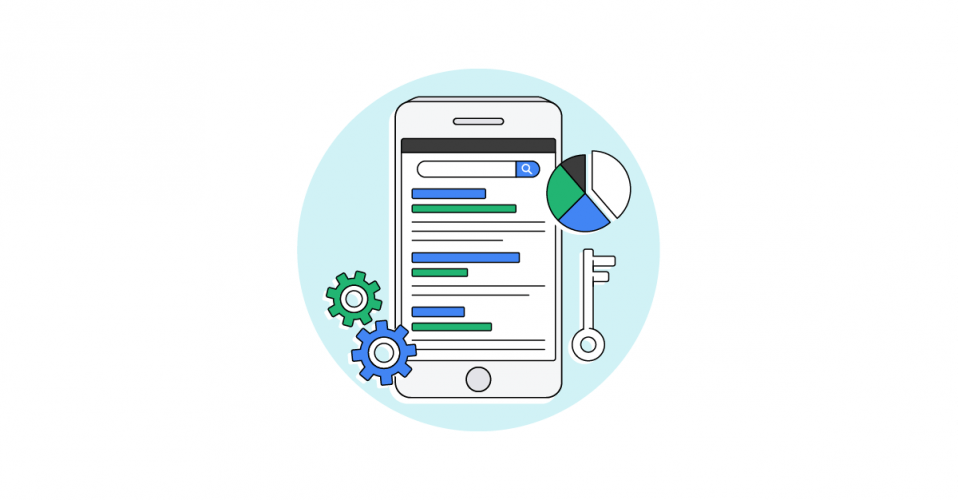 Google has announced that from April 21st it will be ‘expanding our use of mobile-friendliness as a ranking signal’.

Here are a handful of thoughts and recommendations on some actions you may want to take around that.

These are not designed to be comprehensive, but hopefully to cover some of the areas other blog posts may not.

Case studies are always hugely popular on the Econsultancy blog because they act as a valuable source of inspiration for marketers.

In this post I’ll roundup six interesting mobile case studies, some of which perhaps lean more towards being about multichannel marketing.

These have mostly been borrowed from the Econsultancy Case Studies Database, which is packed full of useful examples from a range of brand and industries.

How would you like to receive a free personalised copy of the Adobe 2015 Digital Marketing Survey?

The report, which Econsultancy has helped to produce, reveals which optimization tactics savvy marketers will use in the next 12 months and gives tailored recommendations on how to build your own winning strategy.

In order to receive your free copy all you have to do is complete the survey by clicking on this link.

Once you have completed the survey you’ll recieve a personalized report that shows how you score against the major industry benchmarks and what you can do to get ahead.