1. Calculating ROI can be difficult

As Rakuten Marketing MD and Econsultancy contributor James Collins recently noted, “influencer marketing is often about raising awareness through aspirational content, with a view to generating purchases further down the line, rather than pushing immediate sales.”

Part of the ROI calculation challenge is that some of the most easily tracked metrics in influencer marketing campaigns are related to how much followers engage with sponsored content. But likes, retweets and comments aren’t always meaningful metrics and don’t even necessarily mean that an influencer’s followers have truly engaged with the branded content.

At a minimum, companies should use benchmarking to assess whether or not the engagement their campaigns is generating is in line with what they expect based on an influencer’s non-paid content, but it’s not clear that marketers are even doing this.

Fake accounts, often created by automated means, have for years been a thorn in the side of social platforms like Facebook and Twitter. While it’s impossible to pin down exactly how many fake accounts exist, even if a relatively small percentage of the accounts on these platforms are fake, that represents tens of millions of fake accounts, if not more.

By some estimates, even some of the biggest influencers on these platforms have fake followers well into the double digit percentages, which can equate to anywhere from tens of thousand to millions of fake followers. Even though in most cases this almost certainly isn’t intentional, it’s a problem given that the most popular influencers are setting their prices based on their total audiences and marketers can’t really be sure whether the number of useless accounts following a particular influencer is 1%, 10%, 25%, etc.

Beyond fake accounts, it’s even more difficult to assess the quality of an influencer’s legitimate audience. How many followers are active? How many are truly fans of the influencer? And so on and so forth.

4. You can’t control how people will react

The concept behind influencer marketing – that brands benefit by positive associations with high-profile individuals on social media platforms – isn’t an invalid one, but that doesn’t mean that campaigns are guaranteed to produce positive reactions.

For example, Marigold, a prominent dairy and beverage company in Singapore, learned that the hard when when it used three influencers to promote its Marigold Peel Fresh juice drink. One of the influencers, Naomi Neo, who did not disclose that she was being paid by Marigold, claimed that she “always [carries] around a carton of my favorite MARIGOLD PEEL FRESH juice.”

That claim was, for obvious reasons, met with extreme skepticism and lots of negative comments on social media and the web – probably not what Marigold was looking for. Influencers are human beings and thus not infallible. That means influencer relationships are fraught with many of the same risks as typical celebrity endorsements.

In a worst-case scenario, brands associated with an influencer could suffer some level of embarrassment if the influencer becomes the subject of a public firestorm.

Case in point: after a Wall Street Journal article highlighted a number of anti-Semetic videos posted by PewDiePie, YouTube’s biggest homegrown star, brands that had been involved with him, including Disney, made the decision to cut ties.

While it’s unlikely that the PewDiePie association will have a lasting negative impact on a brand like Disney, the fact that it had to end the kind of long-term influencer relationship that is most likely to pay dividends demonstrates just how hard it can be to bank on internet stars as reliable partners.

6. Disclosure is still an issue

In the U.S., the Federal Trade Commission (FTC) is ramping up its efforts to ensure that influencers are adequately disclosing when they are being paid to promote products and services for companies.

While in theory it should be easy for marketers to require that the influencers it works with are following the applicable rules, and platforms like Instagram are aiming to make it even easier, the FTC is still finding dozens upon dozens of instances of violations of its rules. Even following the FTC’s letters, a number of watchdog groups discovered that many of the influencers the FTC warned are not disclosing when they are posting content for brands.

Ultimately, if brands aren’t proactive about making sure the influencers they work with are following the rules, it’s likely that the FTC will be forced to take enforcement action, action that could carry with it fines for brands.

Basket abandonment is a perpetual challenge for online retailers, with an average of 72% of customers said to leave behind their order instead of buying online.

From delivery demands to the trend for dual screening, online shoppers are more distracted than ever before, and far less likely to display brand loyalty. 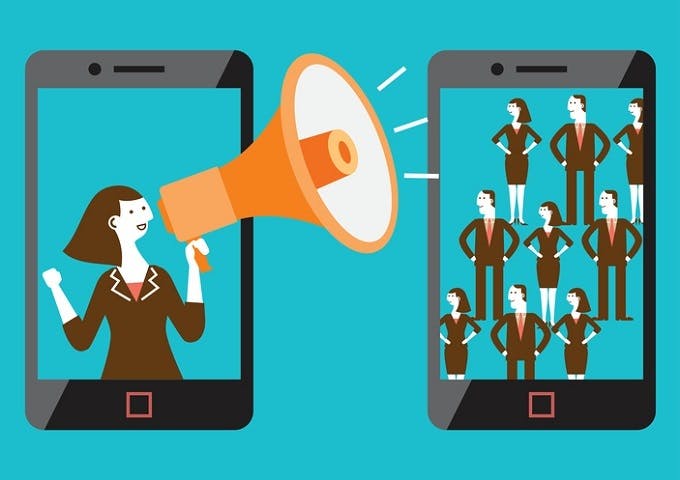 We’ve been talking a lot about influencer marketing on the blog lately. From common mistakes to tips on finding the right micro-influencer it’s easy to wax lyrical about the idea. But what does successful influencer marketing really look like? To give you some proof that it can be an effective strategy for brands (and not […]