Viral videos and images are ten a penny, but while they’re largely funny or entertaining, it’s not often that they’re educational. At the beginning of this year, an image of lemons started to gain traction on social media, which turned out to be part of Worldwide Breast Cancer’s #knowyourlemons campaign.

Designed by the founder of the charity, Corrine Beaumont, the image serves as a visual metaphor for signs of breast cancer. Each lemon shows a symptom such as dimpling of the skin or indentation – alerting people to the lesser-known signs of the disease.

Where other cancer campaigns might drive fundraising or raise awareness about the topic, #knowyourlemons informed people about exactly what to look for.

By taking a common, everyday item such as a lemon and using it to convey a serious message, the campaign cleverly captured the attention of the public with just a single image.

The campaign was deliberately designed to break down taboos, taking away possible embarrassment or fear about the topic, and targeting women who might otherwise avoid graphic imagery or feel uncomfortable talking about their breasts.

While the image was already generating interest, it went viral after cancer survivor Erin Smith Chieze shared it alongside a message detailing her own experience. From there, it has gone on to be shared more than 45,000 times, with 166m people seeing the image in the space of just three weeks.

Now, the campaign is being used by over 1,000 global education partners, in over 70 countries and in 17 different languages.

Social media marketing doesn’t always come from established organisations or big brands. Occasionally, it can originate from the unlikeliest of places.

Take ‘Salt Bae’ for example, or Nusret Gökçe – the co-owner of restaurant chain Nusr-et Steakhouse in Turkey. Earlier this year, he posted a quick Instagram video showing off his knife skills and flamboyant seasoning style, leading to the video going viral and being turned into one of the most popular memes of the year.

There’s nothing particularly strategic about this example, however, that’s exactly what has contributed to its success. With zero budget and a complete lack of planning, Nusret is the antithesis of a large-scale social media campaign – showing that anyone can harness the instantaneous power of platforms like Instagram.

When you double tap someone’s pic then realize they never like any of your stuff pic.twitter.com/A5HXrNvBWc

In just 48 hours, the original ‘salt bae’ video generated 2.4m views and 8,700 comments. Since, it has gone on to exceed 15m, with the chef now reaching 8.6m followers on his Instagram channel.

The campaign has generated so much interest that it has also allowed Nusret to expand his restaurant business, with the chef announcing plans to launch restaurants in both the US and UK.

Fantastic Beasts and Where to Find Them

Movie marketing is no longer just about trailers or celebrity appearances. Since Deadpool’s highly successful guerrilla campaign, movie studios are ramping up online activity to increase excitement in the run up to release.

Last year, Warner Brothers partnered with a number of social media platforms as part of its multichannel campaign for Fantastic Beasts – the much-anticipated Harry Potter spin-off. It used Facebook Live to stream Q&As with the cast, and launched special emojis on Twitter. However, the most interesting parts of the campaign involved work with Amazon and Google. Tapping into the Harry Potter fandom, Amazon created a special hack that allowed visitors to ‘cast spells’ from the series when typing in words like ‘lumos’ or ‘incendio’ into the search bar. Elsewhere, Google launched a special VR experience for its Daydream headset, allowing users to experience what it is like to be inside Newt Scamander’s study.

I played the Fantastic Beasts VR game on the Google Pixel and it was SO fun and I am low key a wizard.

Warner Brothers used content partnerships to reach a wider audience, helping to build momentum and excitement online. Instead of focusing on just one medium – such as live video – its use of VR, custom emojis and creative animation meant that social media users were able to discover content depending on their platform of choice.

With over 3m fans on its Facebook page, Fantastic Beasts certainly amassed a large social following. Brandwatch found that Fantastic Beasts generated over 70,000 social mentions on the day of its UK release.

Of course, the real proof of success for Warner Brothers is in terms of tickets sold. And despite lower than expected numbers in both the UK and US, the movie has now earned $800m worldwide, leading to the franchise expanding from three to a total of five films.

Airbnb – We Are Here

With its ‘Live there’ campaign, Airbnb already established itself as a brand that offers more than just accommodation. Last November, it also integrated trips and experiences into its app – marking the launch with a one-off Facebook Live event called ‘We Are Here’.

Over the course of 24 hours, Airbnb used the platform to live-stream unique experiences around the world, including surfing in LA and street dancing in Seoul. Each video was filmed from a first-person point of view to enable the viewer to feel like they were actually there, while allowing them to interact and engage via the comments in real time.

By using Facebook Live, Airbnb managed to create an experiential campaign that brought together millions of people from around the world at one time. It also allowed viewers to have a direct impact on the experience, with comments and user-interaction steering content.

While other video platforms like YouTube and Periscope also allow live streaming, Facebook’s massive reach and targeting features means that it is one of the most effective channels – allowing Airbnb to tap into a highly engaged audience.

Six million people participated in Airbnb’s We Are Here campaign in just 24 hours. As well as high level of interaction on the day itself, the campaign also generated a 22-point lift in ad recall and a seven-point lift in brand favourability.

Nintendo released a three-minute trailer for its new Switch console last October – kicking off a marketing campaign that largely concentrated on digital and social activity.

In order to make Nintendo relevant again (post-Wii), the brand executed a guerrilla strategy in the run up to release. First came the trailer, which resulted in over 10m views in the US within the first 48 hours, as well as 75,000 likes and just under 65,000 retweets in the same period.

Following on from that, Nintendo President Reggie Fils-Aimé unveiled the console on Tonight with Jimmy Fallon – a show that already gets huge amounts of views and shares via its YouTube channel.

Marketing activity for the Switch continued with celebrity endorsement from wrestling star John Cena, and a much-anticipated Super Bowl commercial in February.

From October to March, Nintendo created a trickle effect, carefully ramping up excitement with the release of each ad or online video. Unlike its former campaign for the Wii, which was marred by confusion over the actual functionality and features of the console itself, Switch’s USP was clearly promoted.

By capitalising on the shareable nature of online video content, as well as the influence of personalities like Jimmy Fallon and John Cena, Nintendo ensured its message reached a large audience.

Starting my day with @NintendoAmerica and the new #NintendoSwitch. Who’s ready for some #Zelda: Breath of the Wild? #ad pic.twitter.com/UO8piJ2Atf

Nintendo recently announced that it had sold 4.7m Switch consoles by the end of June. The company also earned a reported $1.37bn in revenue, an increase of 149% over the same quarter last year.

With $190m profit, which was primarily down to the Switch, it’s likely that the social campaign has contributed to success.

Come to the Festival of Marketing in London on October 4/5 to hear from social media experts from brands including Diageo, JustEat and Thomson Reuters. 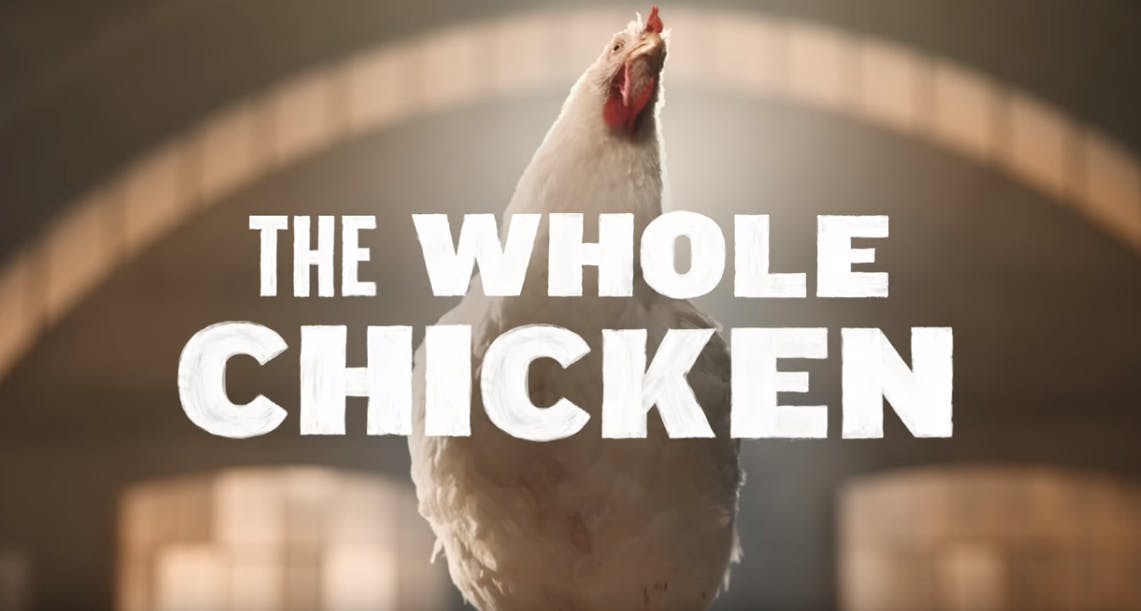