Marketers are struggling to attribute revenue to social channels, and lack of definable ROI is one of the major reasons that businesses cut back on social investment.

I spend a lot of time looking at our own social attribution, but it strikes me that in many cases, the closer I look, the less clear a picture I have.

This isn’t because the figures I have to work with aren’t clear.

It’s because, in a lot of cases, they might not be true…

Twitter is our busiest social channel here at Econsultancy. I’m going to run through a few examples in this post, and while they seem to occur across a lot of social channels, Twitter tends to be the channel where they are most obvious, mainly due to the varied, fast and furious sharing of links and the proliferation of apps and third-party clients in use.

Before we begin, I’m aware that I might be making a massive mistake somewhere here – am I missing something obvious? Let me know (please!). But for now let’s assume that I vaguely know what I’m doing.

To start with, here’s a simple sounding question: How much traffic does Econsultancy get from Twitter?

The answer to this should be simple enough. We use Google Analytics on the site. So If I go to ‘All Traffic’ and type ‘Twitter’ into the filter box, I should have my answer.

Given that we have 126,000+ Twitter followers, that seems awfully low doesn’t it?

What about t.co links?

If you attach any link to a tweet that is longer than 19 characters, Twitter will automatically wrap it in a t.co link. So we need to look at those as well:

I know that there are other sources as well. Some of the traffic from clients like Hootsuite, Pocket or Instapaper will all be grouped separately (and keep that ‘some’ in mind).

Maybe. So let’s look a little closer at how individual tweets perform.

I make a point of retweeting our posts so that our followers in different territories have a chance to read them. I schedule them  at least eight hours apart so hopefully you’ll see minimum duplication if you follow us.

If I check in Twitter, I’m provided with figures showing how many people clicked on each of our tweets.

For this post, I’ve chosen three random tweets from the 5th of February. Each was tweeted twice:

As you can see, I’m provided with click info next to each tweet. The gold, green and purple figures represent favourites, retweets and replies respectively.

Given that the first tweet was retweeted 25 times, I’d assume a bare minimum of 25 extra clicks, depending on who retweeted, to how many followers, at what time etc etc, but for the moment I’m going to discard that and go purely on the people who clicked on our tweets.

So for each we have:

Even allowing for the occasional failure to load, I don’t think it would be unreasonable to assume that the vast majority of those people made it to the blog post in question, and would show up in analytics.

So I go to GA, and select content/all pages/ and drill down using the blog post ID number (you can see it in the url of each post: http://econsultancy.com/uk/blog/62029-five-reasons-why-qr-and-ar-won-t-take-off-on-the-london-underground ) And I’m expecting a minimum of 443 to come from Twitter.

I extracted this as a csv and sorted the traffic sources.

GA tells me that:

Which means that somewhere between clicking the link in a tweet and coming to the page, 203 people vanished.

Here are the figures for all three tweets:

In tweet three’s case, more came from Twitter than clicked on our two tweets, but not that many more. Given the number of mentions and retweets I’ve seen, that seems remarkably low (Just for the record, Topsy.com lists that post as having 111 mentions on Twitter, but that seems like less than average to me).

This isn’t to say that Google analytics is inaccurate, or that Twitter is giving me false figures.

When we send a tweet it’s reparsed and wrapped in any number of shorteners, passed through clients, through buffers,through dashboards and rss feeds, reposted and then retweeted ad infinitum. It stands to reason that a lot of it would get messed up along the way.

It’s also entirely possible that I’m looking at the wrong figures (Google Analytics experts, I want to hear from you in the comments on this!), but I don’t think I’m doing anything wildly unreasonable.

But that isn’t the real problem here. Let’s look at tweet number two.

According to our figures, Twitter accounted for 17% of views.

If we add in the missing people it would account for 21%.

And that’s ONLY the missing people who clicked OUR tweets.

I had a quick look at who retweeted it, and they have a combined potential reach of 24,974 people. And as mentioned, that doesn’t include retweets of retweets, or any other six-degrees-of-separation stuff.

Direct traffic accounts for 18% of visits to that post, and I’m almost certain that some of the traffic from Twitter has become messed up and appeared as Direct.

Those missing Twitter clicks would account for 22% of direct. And Direct traffic currently accounts for 50% of our entire site traffic.

Currently a huge number of marketers dealing with social are falling back on woolly metrics because the financial figures they have may not appear to justify the investment they receive.

You can append tracking code to everything you tweet, but the sharing ecosystem will still muddle your figures. Currently I’m reporting the minimum financial figures for social media each month, and I honestly don’t know what the answer to this is (again, I welcome suggestions on this).

This is first and second-party data. I’d never expect 100% accuracy, but in this case the differences seem unreasonable.  I’ve seen a lot of analytics systems and I haven’t seen any that are significantly better at tracking content once it moves off-site.

The real problems start to appear when we look at attribution. Currently our social channels account for around 20% of our on-site conversions.

What do you think? It feels as though that social value is being overlooked and denigrated in many cases, and this is reflected in falling investment. Social isn’t the shiny new toy anymore, but it may well be one of the most valuable assets in the marketing toolbox. Do you think there are any genuine solutions here? 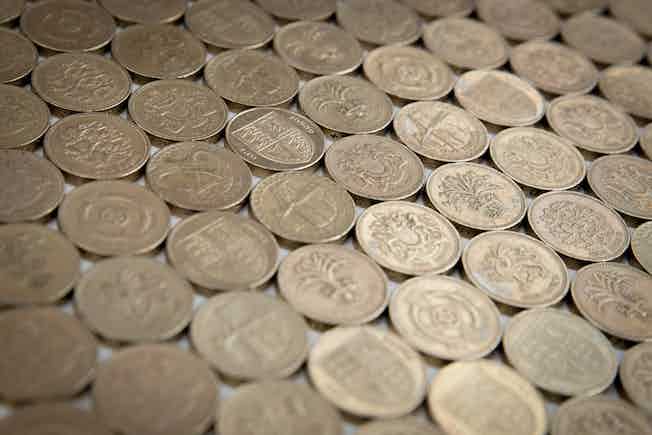 In the last couple of years Social Media Management Systems (SMMS) have cemented their position in the marketing arsenal of many large companies.

The Econsultancy / Responsys 2013 Marketing Budgets survey recently revealed that 38% of companies will be increasing their investment in SMMS this year, and 62% will increase their social media investment.

This highlights the strength of an industry which has seen some major acquisitions in the last year, but is still experiencing an influx of start-ups due to sustained investment and interest.

In many cases, companies are using these services to market to consumers, but in the past couple of years, a growing number of them have started using social as a customer service channel too.