Today’s online shopping experience is often a highly polished operation. The fact that consumers are dissatisfied if ecommerce websites take more than a few seconds to load or products longer than a day to be delivered speaks to the well-oiled fulfilment machine it has become.

But, until recently, online shopping has never quite been able to crack the leisure element of retail. Pre-pandemic, you could argue this wasn’t a problem – shoppers could gain the best of both worlds. Pop to the shops with friends for food and fashion, order groceries online. But lockdown highlighted just how stark and, yes, unsatisfying shopping for discretionary goods online could be.

Cue social shopping. Social shopping, as opposed to buying things via social media (although that forms part of it), is about translating that shared experience, the advice, the chat and the entertainment into the digital environment – making retail ‘phygital’. That means integrating the best elements of offline shopping and moving it online. But at the same time, moving beyond functional bots and instant messages to interacting with avatars and livestreaming.

China has been leading the way for some time in this space, with livestreaming shows an increasingly common way to reach mobile consumers across platforms such as Tmall. Indeed, China’s live-commerce market value reportedly rose 280% between 2017 and 2020 and is on track to become a $423bn market by the end of 2023.

Such trends have led Chinese consumers to spend vastly more time in online retail, with the average Alibaba shopper visiting online outlets nine times a day and spending an average of 27 minutes daily in shopping apps. Clearly, not all of this time is spent handing over credit card details, so something else is going on.

David Lloyd, formerly Alibaba’s General Manager in the UK, Netherlands & Nordics, reveals in Econsultancy and SAP’s Retail Experiences of the Future report: “In China, people are researching, getting video content, watching live content, including live streamers who are celebrities in their own right, accessing content via an app rather than a browser. It’s the collision of retail and entertainment which means that online retail doesn’t have to be a purely efficient experience.”

The use of influencers is critical. Since the baby milk scandal of 2008 (babies fell ill due to contaminated formula powder), Chinese consumer confidence in brands was rocked and has never really recovered. This has meant that shoppers place great trust in friends, family and favourite personalities, leading to the rise of key opinion leaders or KOLs.

For example, leading KOLs like Li Jiaqi and Weiya have transformed Chinese social media and marketing. Indeed, their joint efforts promoting one Singles Day campaign in 2021 generated over 1bn RMB (over $158m) in pre-sales deposits for one lucky brand.

But humans are a finite resource, and so to serve a vast market like China – and abroad – retailers are increasingly turning to virtual assistants. This goes far beyond the occasionally comical, often frustrating automated chatbots. These virtual assistants are walking, talking, interactive avatars that can go as far as livestreaming their own shows, holding conversations, and expressing emotions.

Social shopping as the embodiment of the ‘phygital’ trend

Increasingly virtual KOLs are given values that are likely to resonate with a young audience: L’Oréal’s Mr Ou, for example, is a French-Chinese entrepreneur working in the beauty industry (of course) concerned about the environment and sustainability.

Adding that extra bit of humanity to the digital experience certainly helped during lockdowns. It will undoubtedly have helped create a more personal touch to the Olympics, which saw no public spectators due to ongoing restrictions. But once the pandemic recedes in the rearview mirror, social shopping in a virtual environment is here to stay, becoming the true embodiment of the ‘phygital’ trend.

There are, of course, caveats. In this context, social shopping and phygital experiences really are the very definition of retail’s bells and whistles. They’re at the forefront of everything that is new and shiny. For them to work seamlessly, the foundations must be rigorously maintained. That means connected systems and data platforms operating at peak performance.

There is a reason China is so far ahead of the world in delivering this experience. Its investment in building home-grown digital talent and the subsequent control of its supply chains mean it can deliver on the promise of this automated, virtual journey. Most other nations are still somewhat behind. But in this global commerce world, the challenge won’t necessarily be to catch up with China – it will be to catch up with the consumer.

Download SAP’s Retail Experiences of the Future report and infographic for key trends and pillars for best practice in 2022. 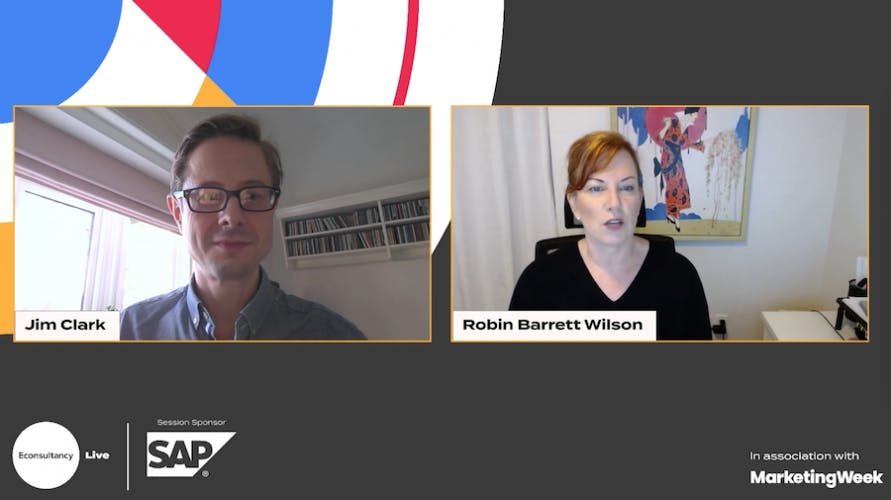 Ninety-two percent of CMOs are more confident in their company’s ability to attract new online customers than they were before the pandemic began, according to research from Econsultancy and SAP’s Retail Trends Playbook. This figure is perhaps unsurprising, given that online represented 29.2% of retail spending in the UK in 2021 – up 10 percentage […] 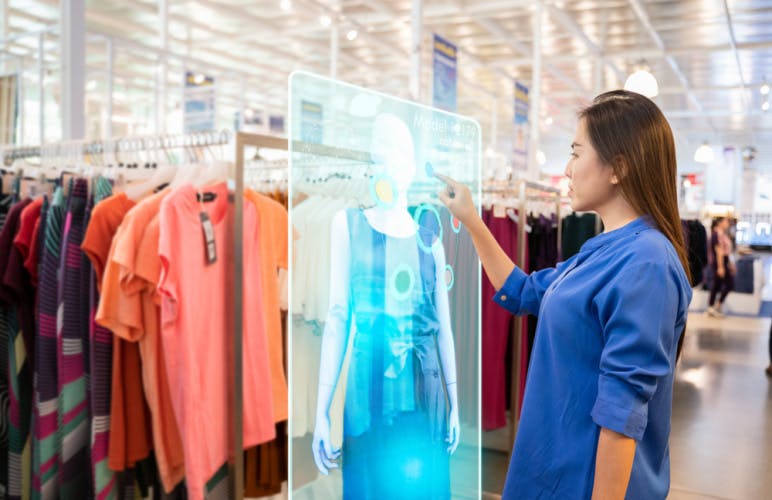 As the world becomes increasingly digital, and ecommerce is often more convenient than going to the store, how should brick-and-mortar experiences be evolving?