The Office of the Comptroller of the Currency (OCC), which is part of the US Department of Treasury, is currently considering the creation of special-purpose bank charters designed specifically for financial technology firms.

These charters would allow fintechs to collect deposits, issue debit cards and offer loans across all 50 states without needing to get state-by-state approval, which can be a lengthy and expensive process. And it would give them a level of regulatory legitimacy that could help them win over those consumers who are still wary of doing business with financial services startups with limited track records.

But special charters would likely come at a significant cost. Not only is it likely that they’ll come with hefty fees to acquire, they will also probably subject their holders to the same kinds of regulations banks currently face. As the San Francisco Chronicle explained, this would “[mean] they must meet capital and liquidity requirements as well as offer credit to people with low-incomes and/or minorities.”

The future of fintech

The OCC has asked for public comment on the proposed rule that would pave the way for special fintech charters, so it could be some time before a rule is finalized and the charter becomes a reality. But the OCC’s plans, which have the support of organizations like the American Banking Association, could determine the future of fintech.

For starters, the availability of a special bank charter for fintech firms could create a two-class system in the fintech market in which companies that opt to obtain a charter have more credibility than those that opt not to.

While the growth of fintech upstarts evidences the fact that many consumers are comfortable transacting with new players, according to the latest World Fintech Report, ”incumbent financial brands maintained a trust rating 13 percentage points higher than that of fintech challengers (37% to 24%).”

Fintechs that forgo obtaining a charter could therefore find themselves at a disadvantage against some of their own peers, creating an environment in which it becomes harder and harder for smaller and less well-heeled fintech startups to get off the ground.

Beyond the impact of charters on legitimacy and trust, a special bank charter for fintech firms could also put to the test the idea that fintechs will ultimately be in a position to threaten the core of established banks. To date, fintechs have largely capitalized on the trend of allowing consumers to unbundle specific services, like lending, from the institutions at which they keep their deposit accounts.

But many fintech investors are banking on the possibility that the companies they have invested in will eventually be able to leverage their technological and customer experience innovations and customer relationships to expand into other financial services, such as deposit accounts.

With special bank charters in hand, fintechs would be in a position to test their ability to rebundle, and their success or failure could reveal a lot about not only the future of fintech but also the future of financial services generally. 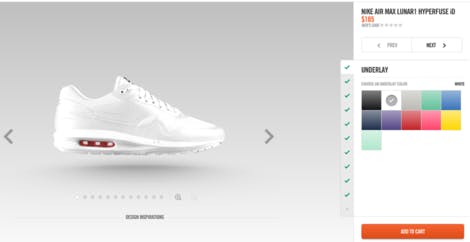 In order to deliver amazing online experiences, retailers need to first understand and visualise what they should look like.

This appreciation comes from reviewing great physical retail experiences to form a frame of reference.

What are the components that make a great user experience?

These components can be ordered in a hierarchy or pyramid, with the most essential at the foot and the ultimate at the top. Let’s examine this hierarchy, which is taken from Econsultancy’s Best Practice Guide: User Experience and Interaction Design for Mobile and Web.