However, with a total of 217 million monthly active users worldwide, there’s a very obvious reason why some brands are expanding their attention to Spotify as a social media platform.

So, how are brands engaging with users here? Here’s a breakdown of what Spotify offers brands, and a few notable examples of its usage.

Playlists for organic distribution and awareness

This can be a good option for brands who want to engage users and increase organic reach, with branded playlists acting as an audible representation of a company or its product or service.

Take fitness apparel brand, Gymshark, for example, which has a number of branded playlists available on its profile. These include playlists created by its brand ambassadors (or influencers), as well as general work-out playlists related to a specific style of training or sport.

We've got it all on our @Spotify playlists…
What playlist do you wanna see? ???? https://t.co/wffpwomJ3c pic.twitter.com/dzTEIzBzEF

This is a particularly clever example as the concept aligns with the Gymshark product. In other words, users are most likely to reach for the playlists whenever they work out (therefore reinforcing the brand’s connection to both sport and music). Nike also does this with its Nike+ Run Club profile, which includes a wide variety of music to accompany users during exercise.

Other brands including McDonald’s and Coca-Cola also have a similar presence on Spotify, creating playlists that are related to a product (and its advertising campaign) or a general theme such as summer and happiness.

Retail brands also use Spotify to align online and offline experiences, with the likes of H&M and Pull & Bear using the platform to collate music played in-stores.

Hey there! So happy to hear you're loving our playlist! While these tunes aren't on a schedule, you can find this song and many more faves by checking out our playlist on Spotify. https://t.co/jjXjzExixD Thanks for being a fan!

Since 2016, Spotify has allowed brands to sponsor some of the most popular playlists on its platform, such as ‘Morning Commute’ and ‘Teen Party’. This further enables brands to match music with a message which, in turn, helps to fine tune targeting.

More recently, Spotify has announced that it is opening up sponsorship to include the ‘Discover Weekly’ playlist – one of the platform’s most popular features. Now, brands will be able to sponsor an entire week’s playlist, with Spotify reportedly inserting audio and video ads during ad breaks between songs on the free version of the service.

The first brand to get involved has been Microsoft, which is promoting its AI capabilities in a campaign called “Empowering Us All.”

The move is great news for brands who want to dramatically expand reach from paid spend on the platform. TechCrunch suggests that ‘Discover Weekly’ listeners stream more than twice the amount than users who don’t listen to the playlist, largely due to the heavily personalised experience it offers. Unlike regular programmatic ads on Spotify, which appear in sidebars or other allotted space, the ‘Discover Weekly’ sponsorship will involve native homepage takeovers, creating a more immersive brand experience.

In 2018, Spotify announced a new integration with Instagram and Facebook to allow easy sharing between the two platforms. Now, all users (including brands) can share Spotify albums, tracks, artists, and playlists within Instagram Stories, driving followers back into the Spotify app to listen.

This feature has enabled brands to further incorporate music into their social identity, using it as a reflection of their values and characteristics, as well as to give users more of a behind-the-scenes insight with ‘what we’re listening to’ style content.

Elsewhere, Spotify’s introduction of QR Codes has also given brands an easy way to incorporate music sharing into marketing campaigns. Starbucks is one example of this, with the brand using QR Codes in marketing material to promote its Spotify playlists. The idea is that they are easily shareable, and can be included in any form of published content, including email or print ads.

The codes often appear on movie posters too, so that users can instantly access soundtracks (see some examples here).

Earlier this month, Spotify released a new audience tool for podcast listener targeting, which allows brands to reach Spotify Free users who listen to podcasts. Before now, the platform only segmented users based on music preferences.

This marks yet another evolution in audio advertising on Spotify; its advertising arm also includes the self-service Ad Studio feature, which allows brands to create their own adverts within the platform. The Ad Studio is particularly useful for smaller brands wanting to increase paid spend on the platform, as it allows them to individually create and manage their own campaigns.

With podcasting becoming a bigger focus for Spotify (the platform has recently announced a partnership with Barack and Michele Obama’s production company, Higher Ground) – brands are able to hone in on user listening preferences, based on specific categories such as comedy, health, and technology.

Finally, brands are also seizing new opportunities within music by partnering with artists who have a strong presence on Spotify.

In 2018, Bacardi created the ‘Music Liberates Music’ project in collaboration with Major Lazer. The campaign involved ‘The Sound of Rum’ playlist, which was made of songs from up-and-coming Caribbean artists, and a track from Major Lazer himself. The aim was to gain exposure for these new artists, as well as to offer them bigger opportunities within the industry, with Bacardi donating studio time to the emerging artists every time the playlist or Major Lazer’s song was streamed.

Last year, Spotify also announced a partnership with Ellen Degeneres and ‘The Ellen Show’, creating a special hub for fans of the show to discover new content. Building on Ellen’s loyal audience, the partnership proves that influencer marketing is not only a strategy for Instagram, but one that is proving enticing for brands who want to capitalise on the power of music and audio too.

If you love Spotify and you love me, have I got big news for you! #ThanksSponsor https://t.co/hKbh8Wc1GE pic.twitter.com/X2Tb2xr8NT

Let’s dive into this week’s stats. 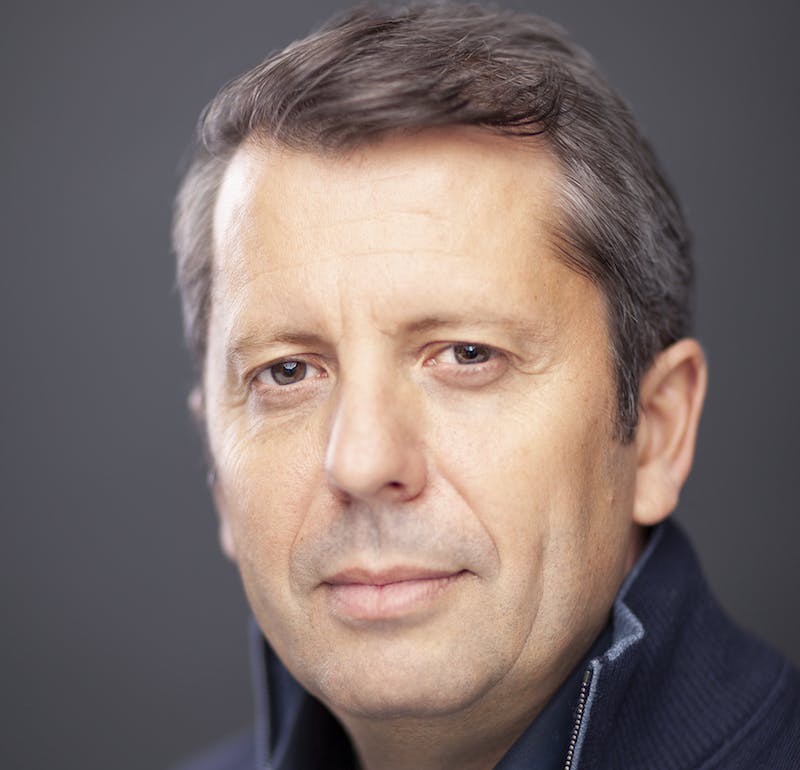 Sprinklr calls itself the world’s #1 social suite, helping brands with social listening across 350 million sources of public data. The platform has a range of functionality, allowing management of social engagement, advertising, advocacy and customer care. Luca Lazzaron is Chief Revenue Officer and perfectly placed to give us some insight into life at an […]