How much opportunity is there for marketplaces in B2B, how can the model be successful, and what does the future hold for B2B commerce?

Alzura and Mano Mano might be unheard of in the UK, but Graf cites these two B2B marketplaces as the blueprint for how the space will evolve in the next few years. Impressively, Alzura accounts for some 50% of the two billion euros worth of wheels and tyres sold in Germany each year, while Mano Mano is now the biggest DIY marketplace in France, with 20% of its sales attributed to B2B.

“It’s not a recent thing that came with Amazon and Alibaba,” says Graf, “there are more and more examples that are proving the whole marketplace thesis.” Indeed, as Julia Morrongeillo for Point Nine explains, there are over three hundred marketplaces within Europe, making it a “massive untapped opportunity.”

Graf suggests that this came about due to changes in the customer journey alongside the rise of ecommerce. So, instead of searching for retailers first and foremost, as you would do on the high street, “the customer was searching for the product solution first – so what kind of product will help me with my problem – and after [that] he or she was searching for a retailer.”

In the online world, capturing the customer means offering the best product for the best price and the best availability. As a result, Graf says, “this market was perfectly made for marketplaces like Amazon and Alibaba.”

That’s why in 2019, as Graf shared, Alibaba’s Double Eleven event generated 40 billion euros within 24 hours, which equals 500,000 euros per second. The first billion alone was made in the first 60 seconds of the event.

Graf suggests that this also highlights a new customer journey – one that isn’t the old offline journey or even the ecommerce 1.0 journey. “It is a journey where people are selecting the platform first, and within the platform – based on stars, reviews, recommendations, sortation – the customer is now selecting the right product.”

When it comes to the success of marketplaces, Graf suggests inventory risk can be a differentiating factor.

“In the ecommerce 1.0 world, you would have taken all the inventory risk on your balance sheet, he says. “You would have ordered all products from manufacturers, put them in your warehouse and then sell it to the customer. The difference between [the] buying and selling price… that was your margin and that was what your business model was based on.”

While small marketplaces might look to compete with Alibaba, Amazon, or Otto, Graf explains how the latter are not looking back to them (or similar competition), but the likes of Instagram and WhatsApp instead. ”Why? Because they are holding the customer connections. In the case that Instagram is selling directly to its users, there is no need for an Alibaba or Amazon any more. And this is happening right now – we are in a world where all these platforms are competing on air time.”

This gives direct-to-consumer brands the opportunity to evolve. One example of this given by Graf is Anker, which started as a brand selling technology products via Amazon, before being valued at $8 billion after undergoing its own IPO.

Speed of adaption is the only common denominator of success

So, are the success factors of marketplaces translatable from B2C into B2B? Graf says that the price, selection, and availability formula that is successful for Amazon is not necessarily true for B2B. “Price will most likely be replaced with service, or how fast can you deliver. What is your ability to make personalised offers?”

“A success factor for B2B is your ability to implement new features and new functions, and the speed of adaption. The only common denominator of success in this market is speed of adaption – very successful companies are just faster in adapting market changes than the companies that are losing.”

Graf also believes that the best retailers are technology companies, sharing a popularly understood correlation between IT teams and revenue, with each developer equating to approximately $2 to $4 million in revenue for a company.

In terms of getting started, Graf suggests that a lengthy time-frame or large amount of resources isn’t necessarily needed to begin a marketplace journey.

“It’s less complicated than you might think, because most of the knowledge that is relevant in digital only appeared within the last 24 months. The strategy that appeared before – why Asos became Asos or why Zalando became Zalando – that’s not worth anything today because the market has changed quite fast.”

Time-wise, Graf also suggests that it is dependent on category. “In B2B, usually you don’t need to handle 5,000 sellers and two million buyers. It’s rather like, if you are able to agree with 20, 30 or 40 sellers in your industry, and hook up with 200 or 300 buyers – and create some momentum in the demand and offer side – that’s usually good enough to get it going.”

“Even though it might look complicated today, it only gets way more complicated tomorrow,” says Graf. “In digital, where nothing can be planned over the time frame of two or three years, that’s not a good position to be in, so, for most sectors it’s a very good time to do it now.”

Move faster in order to be more successful

“If your management style is based on your business administration studies where you were told that managing risk is the managing director’s role, then you cannot succeed in digital because there’s no way you can look into the future,” he says. “The modern manager will say, ‘why haven’t we done this, like, two, three or four weeks or months ago? What can I do, where can i get rid of barriers for you the employee, because we both know we cannot predict customer behaviour, we need to adapt faster.’”

“I think in 80 or 90% of the management structures we see today, people are still trying to manage risks… but the structures who are able to just ‘do’, [they] move faster and ultimately will be more successful.”

So, what does the future look like? Or, rather, can we predict the future in a space that is so unpredictable? Graf says that, while what lies ahead for digital might be difficult to predict, future opportunities definitely lie in B2B.

“From the momentum side, if we are talking in like 10 years, most of the brilliant people working in digital ecommerce are working on the B2B side not on B2C. There will be more companies that are not competing in oligopolies, like Amazon vs eBay vs Alibaba, but many more places and niches in the market.

“If I were to advise a student, where should they start, I would say don’t start at Zalando or Asos, go to Grainger or Hilti… because actually that’s where the momentum is right now.” 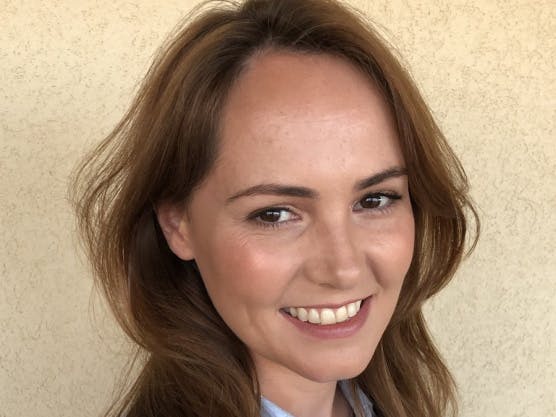 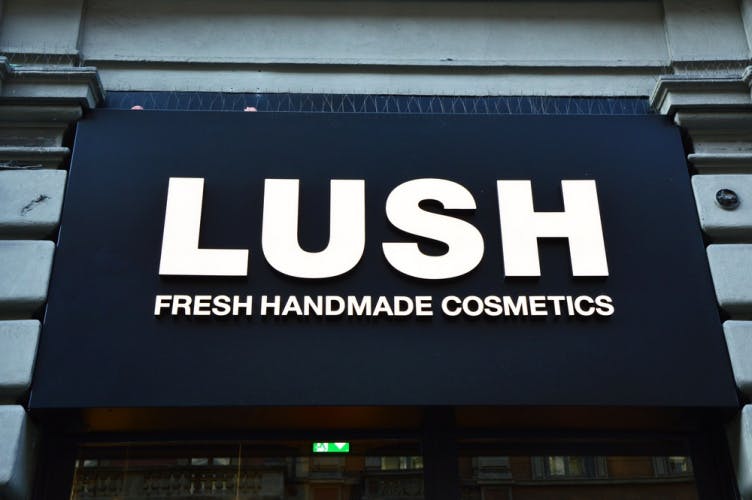 Earlier this month, global cosmetics brand Lush unveiled a “fresh new look” for its UK website and app, stating that “Following a year of online shopping and rising ecommerce”, the relaunch sets out to enable customers to “shop with ease” on Lush’s ecommerce channels.