As we move into the second half of the year, our Internet Statistics Compendium is really starting to offer many insights into how 2012 is shaping up across different regions.

The latest edition of our MENA report has seen some key social media data added from the Arab region this month, highlighting the continuing healthy adoption of platforms such as Facebook, Twitter and LinkedIn.

In terms of penetration, LinkedIn outperforms Twitter across many countries – most significantly, in the UAE where the business-focused network reaches more than 12% of the population (compared to around 3% for Twitter).

Facebook is the leading social network across the region. Again, the UAE sees impressive penetration, with the service reaching more than 40% of the population.

In terms of actual users, Egypt continues to dominate by share of Facebook users with nearly 11m user accounts (making up 25% of the total MENA number), even though the penetration rate for Facebook is only 13%. Across many MENA countries, Facebook is growing at an impressive rate. In Egypt alone, more than 1.6m people have joined the network since January 2012.

Syria and Saudi Arabia have also seen around 1m new members to the service, while Djibouti and Turkey are the only countries to have seen a fall in members during 2012 so far. With the rapid and massive adoption of Facebook and other services across the region, it is not surprising that digital networks have been making a significant social and cultural impact.

On a local level, social media users in surveyed MENA countries say that digital networks have assisted in influencing change. The highest figure is in Kuwait, where 51% of social media users agree that social media played a role in empowering them to influence change in their community or country.

Social media was also seen to have a positive effect on tolerance across the region. In Bahrain, 65% of people said they now found themselves more open to tolerating different points of view.

Additionally, social networks are also seen to enforce national, regional and religious identities across MENA countries. A majority of users in countries including Jordan, Egypt and Lebanon feel they are more of a ‘global citizen’ after interacting with others online.

It is clear that adoption of social media in the Arab region is steadily increasing and the value that social networks have to users in MENA countries is highly significant.

Therefore, it is important for marketers and businesses to understand the key networks within respective countries, and to really acknowledge the relationship users have with selected networks as something far more than a superficial pastime. Those who do, will undoubtedly be able to make the best use of the significant digital opportunity in the MENA region. 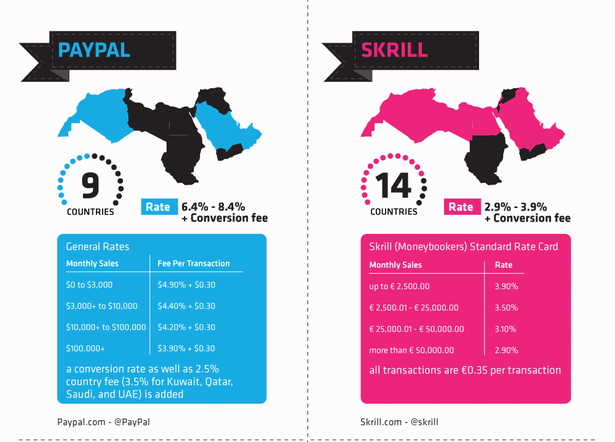 Infographics are becoming more and more popular in digital marketing circles in the Middle East, particularly as the volume of statistics, market data and research increases in the region.

Here we round up five of the most interesting infographics we’ve seen in 2012, related to internet marketing, online trends, and social media.